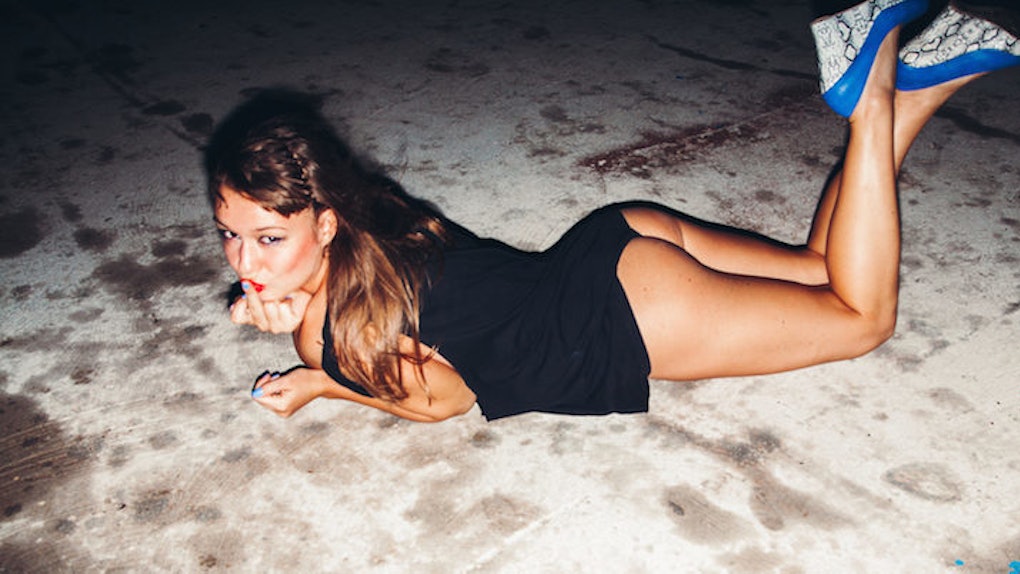 F*ck Therapy: Why I Would Rather Curse Than See A Shrink

Handling stress in life is never easy. While everyone has -- and prefers -- different coping methods, I believe that a universal release exists. What is this lovely, cathartic method, you ask? Cursing, of course.

While many people love therapy, I personally can't f*cking stand the idea. And I'm not saying this as a person who has never tried it. OH, HAVE I TRIED IT.

It's really awkward to sit in front of someone you're paying to listen and, yes, judge. One of my biggest pet peeves in life is being judged, so why the f*ck would I spend my hard-earned (or, in this case, my parents' hard-earned) money?

I choose to release my aggression in a much more cost-effective way — with profanity. So why is this the best method I've found?

1. Because it doesn't cost any f*cking money.

Between insurance payments and upfront costs, therapy costs an arm and a leg. Who has the budget for this sh*t?

I have more important things to spend my money on. Like, um, food? And rent? And absolutely everything else with a price tag?

2. You release all your goddamn aggression in your present space.

You don't need to travel to a doctor's office to let out your aggression. You can do it wherever the f*ck you want. No travel, no problem.

3. Swearing doesn't tell you what the f*ck to do

When you're cursing, there's just one person in control. And who is this? Why, it's you, of course! When you hit up therapy, you're basically signing up for someone else to tell you how to live your life.

And let's be honest: How do these people really understand your entire life? They sit with you only on a weekly basis (if that) for an hour at a time.

4. Because cursing lets you call her a sh*thead to her face

You can complain and complain to your shrink about some bullsh*t your roommate or friend did, but does that actually solve the issue at hand? Absolutely not.

If you have an issue with someone, wouldn't the most productive thing be to discuss it with that person instead of a third party? You would think...

5. You'd rather scream 'assh*le' than sit on your ass.

In and out. You're all about efficiency, which is why you'd never find yourself sitting on the couch at a therapist's office. You want your sense of relief, and you want it right-f*cking-now.

You don't want to have to keep coming back to the same office, week after week, to discuss your feelings. You want to express them the moment you feel them!

Despite what you may think, your therapist is probably judging you. I mean, isn't that essentially her/his job -- to listen to your words, actions and behaviors, and react (judge) accordingly? If I wanted to be judged, I'd still be dating my ex.

7. Swearing doesn't call you on your sh*t.

Listen, lady, I already know that what I'm saying is inappropriate. That's what makes a curse word, well, a curse word.

I'm just going to continue my life in the way I always have and see how it goes. Isn't trial and error the best method? I swear I was told that once in school.

8. I'd rather say 'bitch' than bitch about my problems.

Sometimes all you need to do to feel better is have an emotional outburst. You don't always want to have a nice, 'calm,' pleasant conversation with someone and rationally discuss how you feel.

Oh, and when it comes to your feelings, are you even capable of remaining this calm? Yeah? Speak for yourself.

9. Because sometimes I don't want a goddamn solution.

How many people do you hear whine and complain without doing anything to fix their problems? Sometimes we're just in that kind of mood!

10. I'd rather write my own f*cking prescriptions.

I don't need whatever pill you think I should be popping. I can self-medicate with cathartic language, thank you very much.

I'd prefer not to spend my money on someone who's just going to make me feel like an epic failure.

If you don't acknowledge your issues, they essentially don't exist...

13. I don't have time to make f*cking appointments.

Who has time in her f*cking schedule to see a shrink? I get out more aggression at the gym, and I'd rather not skip that.

14. I'd rather be able to f*cking express myself in the moment than save it for next week.

If you have a sudden urge to express yourself, shouldn't you be able to do it right in that very moment?

15. You can swear all the f*ck you want and never miss happy hour.

When it comes down to a choice between your therapy session and happy hour, we know exactly which route you want to take.