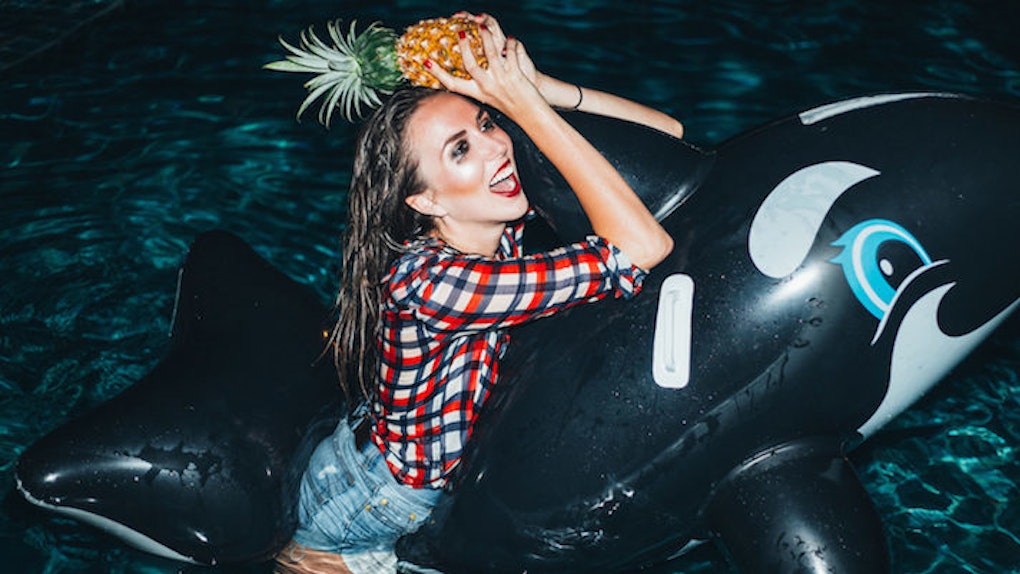 Creative costumes, black and orange everything and all the candy you could ever need are the three main things that define Halloween.

With pumpkins all around and a fun and exciting atmosphere, October 31 can be categorized as one of the most festive holidays of the fall season.

However, despite all the treats that come with it, these are eight of the worst things about Halloween:

This concept is hated by single individuals, who deep down secretly wish they had a significant other to match with for the evening.

It's not that the costumes aren't clever or that they aren't slightly adorable, it's that your costumes don't have to correspond just because you two are dating.

There's Mr. and Mrs. Smith to the right, Wilma and Fred Flinstone to the left and Popeye and Olive across the room. This leaves the single individuals partnerless in their attire.

If there's one day out of the year when it's highly acceptable to stuff your face with chocolate and sweets, it's this day in October.

Chocolate for breakfast? Why not? Candy for lunch? Of course. Both for dinner? Sure thing. Candy all day? Not even a question.

After allowing yourself this one day pass to eat all of the sugar you want, there's no doubt that you'll satisfy your sweet tooth by the end.

Just be prepared for the sugar coma you'll feel later. (All worth it.)

3. Showing up to a party wrongly dressed.

The former is the kind that's just used as an excuse to have a party. Meaning, the effort in which people put toward their costume boils down to putting on some ears or sticking some sort of sign on their shirt that reads, "I'm (insert Halloween costume name here)."

The latter refers to the legitimate Halloween parties where dry blood looks real and where half the people are unrecognizable. Regardless of which you attend, if you're dressed incorrectly, you'll feel out of place.

This Halloween, you'll want to make sure you know how festive this party is supposed to be. Otherwise, you'll end up as the terrifying "ex-wife" amongst a crowd full of girls in cute outfits and bunny ears.

4. All of a sudden your worst nightmares are everywhere.

The thing about Halloween is that this is the time where the things that scare you come back to life.

Everyone dressed in a clown costume reminds you of your least favorite childhood movie. Monsters suddenly don't live under your bed, but they now live on the streets wearing scary masks.

The random person walking passed you decides it's okay to jump at you and make you startled because he or she thinks it's funny.

If you're the type of person who avoids scary movies and chooses to stray away from anything "haunted" themed, Halloween may be your least favorite holiday.

Try to avoid letting these things disrupt your Halloween fun this year.

5. Suddenly it's acceptable to have clever Halloween flavors.

Whoever thought that it would be a good idea to tweak food and drinks just so that they could be labeled by clever Halloween puns had the right intention, but very few carry out the proper execution. Somehow, green zombie juice always tastes like mouthwash and bloody punch tastes like cold medicine.

You also realize pumpkin flavored beverages should only be sold at coffee shops, and not associated with your favorite mixed drink.

Leave the creativity for your costumes and stick to basics when it comes to the flavors.

If you're not fond of the color orange, this one's for you.

The color that you despise so much happens to be everywhere. And if you are fond of the color orange, this one's for you too.

The color that you once liked so much is suddenly overused and makes you sick of it, meaning you are now one of those people who hates the color orange.

There's no getting away from it.

Every pastry is orange, decorations are all orange and every store you walk into has all of its orange items on display.

And if you happen to be wearing orange coincidentally on Halloween, that means you're being lame and it's insisted you only put it on for the occasion.

In reality, you just happened to have this orange sweater you felt like wearing today.

What's wrong with that?

7. You have to choose between looking good and being funny.

Either way, your chances of pleasing the crowd are high for both.

The question is, do you want to win people over with your good looks or with the humor your costume suggests?

If you're only celebrating Halloween for one night, this dilemma leaves you at a standstill that's difficult to choose from.

Nonetheless, it is possible to be both in one outfit, depending on your costume. In that case, touché.

8. You can't tell what someone actually looks like behind his or her costume.

Someone comes up to you at a party dressed in full costume, and you hit it off right away but have no idea what he or she actually looks like behind the face paint or half-face mask.

It's like a scene from a romantic comedy where the girl and the guy meet for the first time face-to-face, but they're hiding behind literal masks.

In the movie, they're meant to be and in the end, end up happily ever after.

In your reality, you don't know if this is your movie moment (it's probably not). So now you're left with this person who has a great personality, but you don't know who he or she actually is behind that mask.

Dang, Halloween. You did it again.