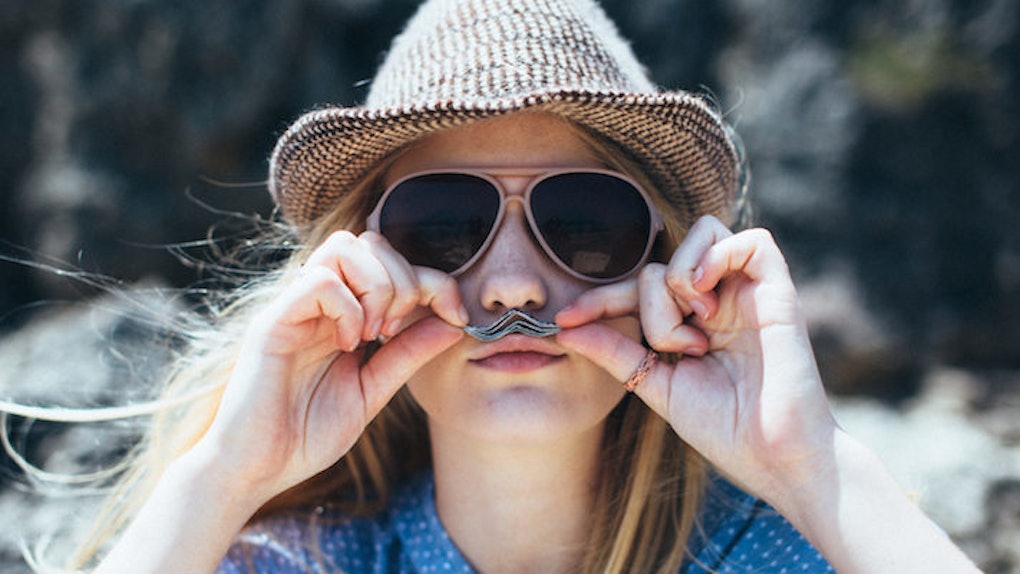 How Women Can Get Involved In The Movember Movement

November is a sign winter is around the corner.

But it's also become famously associated with the time of year men shave their beards into that stunning 'stache.

From the Flanders to the "The Toothbrush Family," guys can get creative with their 'staches.

It's essentially a handbag for their face. It's an accessory. They can style it any way they want.

It's the time of year men shave their beards to raise awareness and funds for prostate cancer.

This month has strictly been associated with men getting all the action. But recently, women (or "Mo'Sistas") have also joined the cause.

The Movember Foundation has created the challenge of "30 Moves in 30 Days."

While women can't grow that sexy mustache, they can still help the cause and make a difference.

You don't have to be a guy to help a cause that originated for men specifically. The reality is, prostate and testicular cancer doesn't just affect the guys in our lives.

Now, women can do their part and partake in the fundraising in a fun and healthy way.

It's also a way to create balance and awareness for an illness that truly impacts everyone.

The Mo'Sistas Movement is helping guys deal with their illnesses. There is a belief that guys can handle anything and don't need help.

However, this is not true. They need support just like anyone else. Since 2003, Mo'Sistas have been doing just that.

One 'stache at a time, Mo'Bros and Mo'Sistas are joining forces to raise funds and awareness for health matters that affect the men in our lives.

Here are some facts about the movement:

This year, I'm taking the challenge of moving for 30 days and making a contribution to a cause that is often undermined and unspoken.

This Movember, I am taking a step toward ending the fact that every minute in the US, a man is committing suicide.

Globally, there are 3.2 million deaths as a result of guys being physically inactive.

For more information on how you can get involved, check out the Movember Foundation and take the Movember challenge.