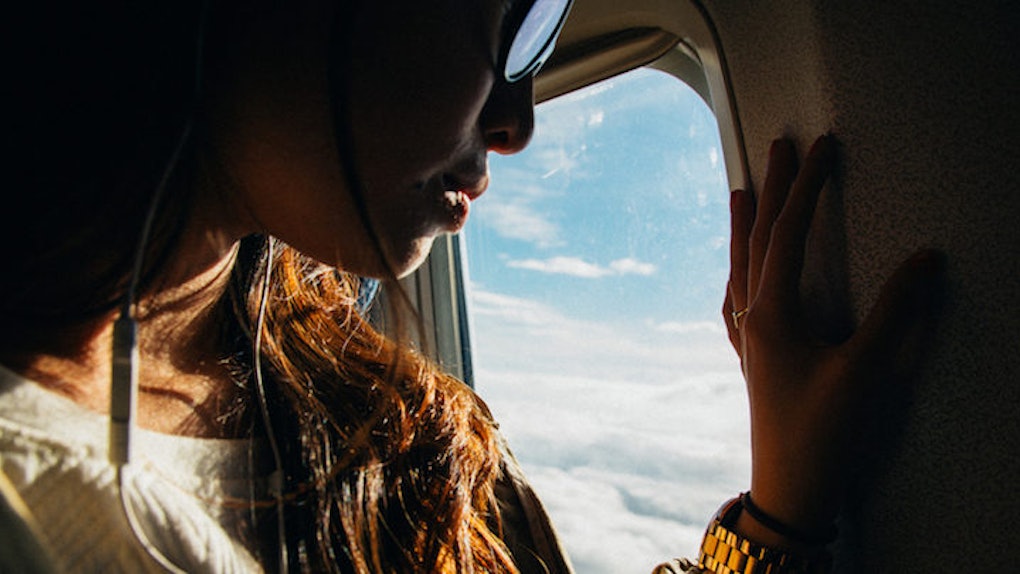 Multicultural People Can Identify With These 8 Struggles

Having lived in six different countries and eight cities, I grew up with the struggles of moving that most third culture kids understand.

My multicultural experience has allowed me to become more open-minded, and has shaped me into the person I am today.

With years of traveling, I've grown incredibly empathetic and culturally adept. But beneath the facade of the seemingly exotic life of a nomad are the not-so-glamorous challenges of always having to say goodbye.

Whenever I'm asked where I'm from, I thoughtlessly blurt out, “Korea!” Then, I become slowly consumed by a growing sense of guilt. I feel like I've told a lie.

The moment I turned 3, my parents relocated to Germany. Since then, my family and I have been jumping from place to place all over the world.

I rarely identify myself with my country of birth, and I don't associate myself with one particular nation, either. I'm Korean by blood, but I'm also German, Israeli, Uruguayan, American and Venezuelan.

Because most of my relatives live "back home,” my family and I spend most major holidays virtually alone.

For example, we would celebrate Chuseok -- the Korean equivalent of Thanksgiving -- by keeping in touch with our relatives online or through phone calls.

3. You have friends from all over the world, but you lack BFFs.

Sure, I have friends from all corners of the world. I've even had some close buddies here and there.

I cherish the friends I've made all over the world because each one has taught me something new and shared his or her culture with me for as long as I was around.

But I've never had a true best friend with whom I've shared a significant part of my childhood with.

I don't have one person who shared both my fifth and ninth birthdays with me. It just wasn't an option.

4. You become adept at learning another language, but it's still a major struggle.

Although I attended both American and international schools most of my life, I was often required to learn the language of the country I was living in.

I remember taking a semester of Hebrew back in Israel, and a year of German in Berlin.

At one point, it became a struggle to juggle English, Korean and whatever other language I was learning at the time all at once.

I envy people who click with someone the moment they get to know the person.

Whenever I'm in a large crowd of new faces – be it the beginning of the school year or any large social gathering – I always have trouble finding my own group of friends.

Being introverted in this sense is especially difficult when you're constantly moving. You have to put yourself out there to make new friends, but it can be hard to be extroverted when you're the odd one out in a new country.

From early on, I've rarely had a say in life-altering decisions.

When my parents told us to pack, my sister and I did as we were told. I took it as it came. But in a way, this bled over to my own personal decision-making.

I always struggle while deciding which team to root for in the World Cup, or what to have for dinner on a Friday night out.

I'm so used to doing what other people tell me to do, I have trouble figuring out what I want to do.

7. You suffer from identity crises.

To this day, I have trouble grasping the concept of belonging.

I was often one of few foreigners in my class, and I never stayed in one place long enough to develop a personal sense of identity.

The question of my race, skin color and origin always lingers at the back of my mind, and I'm sure many other third culture kids can relate.

I'm not just one culture or just one race. I mean, on paper, sure. But in reality, when you've experienced so many different cultures at so many different times in your life, it's hard to identify with just one... especially the one you know the least about.

To some, my overall sense of detachment and lack of emotional commitment to things often makes me come across as distant and cold. Truthfully, I consider myself no colder than any other person.

In fact, one of my defining characteristics is empathy, which comes from years of continuously assimilating into new communities of different cultures and traditions.

No matter how old you grow, you'll always question your roots at different points in your life. But despite all the challenges you've lived through, it's important to keep in mind the valuable experiences you've had.