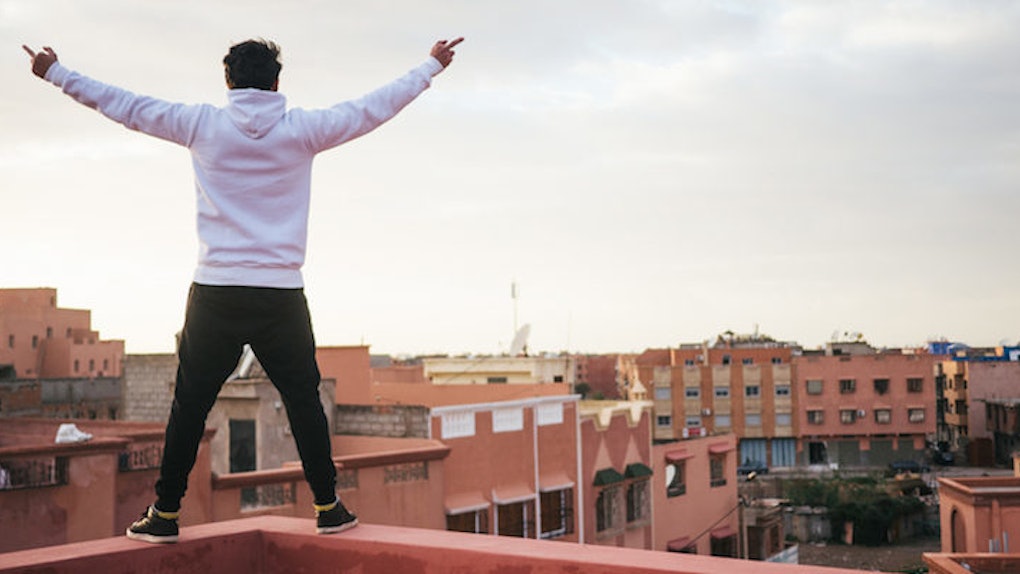 Stop Comparing And Start Living: Why We Must Always Forge Our Own Paths

It's an old tale about a fork in the road.

Honestly, that's about as much as I can recall.

I feel like it has something to do with our decisions and how we have to commit to those decisions, even if we end up regretting them.

I could have started with that poem by Robert Frost, but that's too often misinterpreted, so I'd rather not bring it into the mix.

I also could have easily gone on about the impact of our decisions and the importance of thinking something through.

But, I feel like that issue is something so often represented in the decision-making trope, it rarely needs repeating.

In fact, I firmly believe the mere repetition of it makes it not only redundant, but less impactful.

There is a beginning, middle and end to everything, and I want to discuss the middle, the path after the decision is made.

As of late, I've gone through many different life-changing experiences.

I graduated from college, I had a major breakup, I came out as gay, I cut all my hair off and I moved back home.

I admit, some are much more trivial than others, but they're all transformative nonetheless.

After having made these decisions, I started walking down this path.

At times, it was riddled with fallen trees, moss and mud.

Other times, it had a beautiful cerulean ocean that stretched for miles into the sunset.

But along this path I chose to make, there came the inevitability of unwanted scenery.

What I mean is, I could still see everyone else around me on their own paths.

Some went at glacial speeds, while others appeared as if they couldn't stop moving.

I started moving slower so I could compare my place to theirs.

Was I moving faster than those behind me?

Why wasn't I catching up to those already miles ahead?

That guy over there has a better view of the ocean; why didn't I take that route?

These questions never brought me answers.

Before I knew it, I was on the side of my path, letting those behind me get in front and those in front disappear from my view.

I was so aware of everything else that I lost sight of what I was doing.

I cared way too damn much about the trivialities of people I would never see again.

If there's one thing post-grad life can teach you, it's that you can't regret the major you chose in college.

You can't regret the decision you made four years prior because a part of you chose to commit to it, and not one part of you ever let you give up on it for four years.

The thing is, there will always be someone in front of you, behind you and next to you.

Different choices bear different paths, and the paths we choose to take may be more difficult than others.

They may not reward us with the same kind of benefits and privileges, and they may even add weights to our ankles as we forge our futures.

As sad as it is, we're able to see those other paths everywhere.

They're on social media, in real life or on television, and we're somehow inclined to exaggerate and emphasize these so-called successes and compare them to ourselves.

But the truth is, no one else matters.

Of course, it sucks to feel this way. There's no need to invalidate your emotions, but remember those moments aren't forever.

Those instances of disappointment are not defining moments.

The defining moments are when you decide to get back up, put on some blinders and keep moving.

So, I'm here to tell you to stop comparing your path and to move forward.

There's a lot of ground to cover.