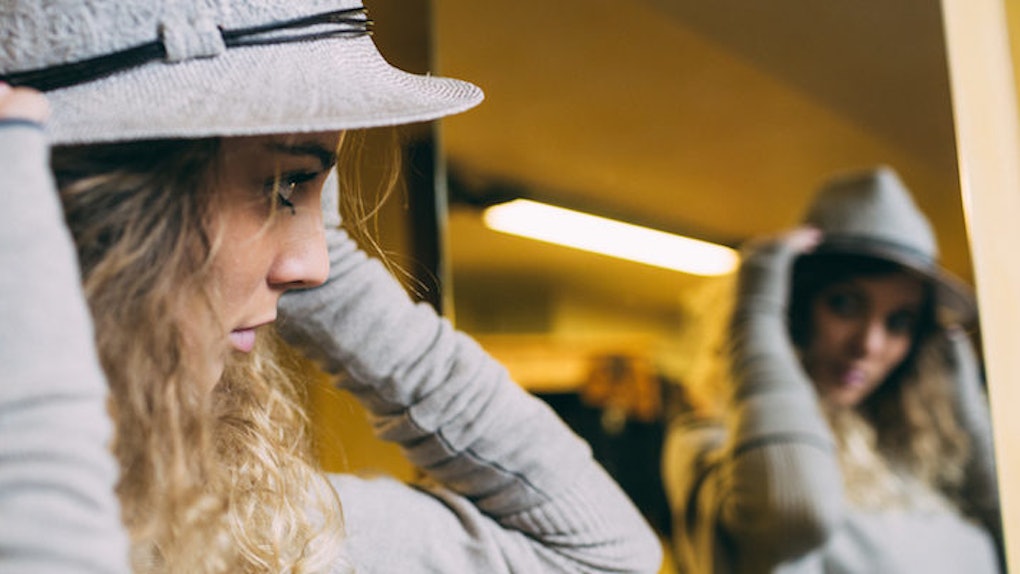 Vices And Virtues: Why Being Self-Aware Is Vital To Personal Growth

My freshman English class had just finished reading "The Adventures of Tom Sawyer" by Mark Twain.

I decided to ask my students go through this book by character.

We analyzed the characters and their traits, their actions and reactions, physical appearances, how other characters acted and treated them and their development throughout the novel.

We specifically focused on Tom.

In the beginning of the novel, he is a mischievous, troublemaking boy who, although not evil or mean, likes to play pranks and manipulate those around him to get what he wants.

Throughout the novel, he very clearly matures, to the point where it is even acknowledged by Twain in the conclusion. (Although, this is often debated by literary critics).

In class, we defined a character as nothing more than a mixture and balance of our vices and virtues, our strengths and our weaknesses.

Using these parameters, we scoured the novel for examples of Tom’s vices and virtues to better understand him as a character.

The next day, I asked my students to do this to themselves.

We, as humans, are no more complex or mysterious than the characters in the novels we read.

The same way we can analyze Tom’s maturation throughout the course of the novel, we can reflect on our own actions, reactions, emotions, and habits.

In true English teacher fashion, I am merely suggesting we characterize ourselves.

If we place value on the importance of discussing and deconstructing fictional characters, how can we not apply the same principles to ourselves?

If my English class had to analyze, characterize and draw conclusions about you, what would they find?

If we are able to successfully become self-aware, we would become skilled communicators.

We would be able to objectively address our feelings and emotions and solve problems more effectively.

Self-awareness increases empathy, enables you to see how others view you and gauges and evaluates your reactions, responses and judgments.

This quality allows you to hear criticism, internalize it and view it without emotion or immediate reaction.

It is the mark of an educated mind to be able to entertain a thought without accepting it.

Being self-aware means you see yourself as others do. Even if you do not believe or feel you are acting a certain way, someone pointing it out may not be wrong, either.

You are able to view the issue from his perspective without necessarily agreeing.

The lists of vices and virtues I received from my students were honest, funny and true.

Some students made incredibly astute and perceptive analyses of themselves:

I give into peer pressure too much. Even though I know it is wrong, I really can’t help it when everyone around me wants to do something… I just do it anyway.

Sometimes I react much to quickly and angrily. I always immediately feel bad afterwards, but in the moment I just can’t help it.

If a 15-year-old can make these complex, accurate and honest observations about themselves, what can we conclude about ourselves as adults?

Self-awareness leads to the acceptance of flaws.

The ability to "walk in someone else’s shoes" and the difficult task of viewing oneself objectively leads us to challenge things that allow us to become the best versions of ourselves.

When we can discuss our true selves — both our vices and our virtues — without losing the objectivity to emotion, we are able to solve problems that are too often avoided or left unsolved because of emotional reactions.

Becoming self-aware, however, is not an easy process, and it doesn't ever end.

It is painful, it is exhausting and it is often buried under the overvalued importance placed on emotional reaction.

The word argument has a connotation of anger — that someone must be upset to argue — which is absolutely untrue.

If we are able to take a step back from our own emotions, thoughts and feelings, we can begin to analyze not only why we reacted a certain way, but also how the other person came to his reaction.

It is only after this realization when we can objectively and logically work through problems.

All people want is to feel they are being heard, that their feelings and emotions are not dismissed and that they have voices in their daily interactions.

Self-awareness achieves this in every sense.

It not only makes you more confident, but it gives you the ability to admit when you are wrong and apologize for it.

I often react quickly. I am logical to a fault.

There a few things that emotionally trigger me, but most of the time, I do not have immediate emotional reactions to situations, disagreements and events.

I put my feelings and needs last, and then I get frustrated when others don’t do the same.

However, I am unselfish, compassionate and fiercely loyal.

I trust much too easily, but I believe everyone is inherently good and deserves to be trusted.

I will bend over backward for the people I love, even if it is inconvenient or detrimental.

I believe everything works out the way it's supposed to, and I fall much more on the side of determinism than free will. This is terrifying to some, but it's incredibly reassuring to me.

I love to debate and argue, and I get frustrated when other people do not engage. I judge people who don’t read.

I am a terrible procrastinator and continually avoid responsibility until it is almost too late, but I almost always get done what I need to.

I will never apologize for my honesty. If I said something, I meant it.

I have a talent of saying exactly what will hurt someone the most, but I often feel bad immediately after because I know it was only to hurt and not to help.

Discover, analyze and explain what makes you, well, you.

View yourself as a character in a novel you’ve written, and then tear apart the character you’ve created.

Then — only after you’ve been completely honest and unrelenting in your deconstruction — you can begin to understand the beautiful and unique intricacies that make up the protagonist of your story.