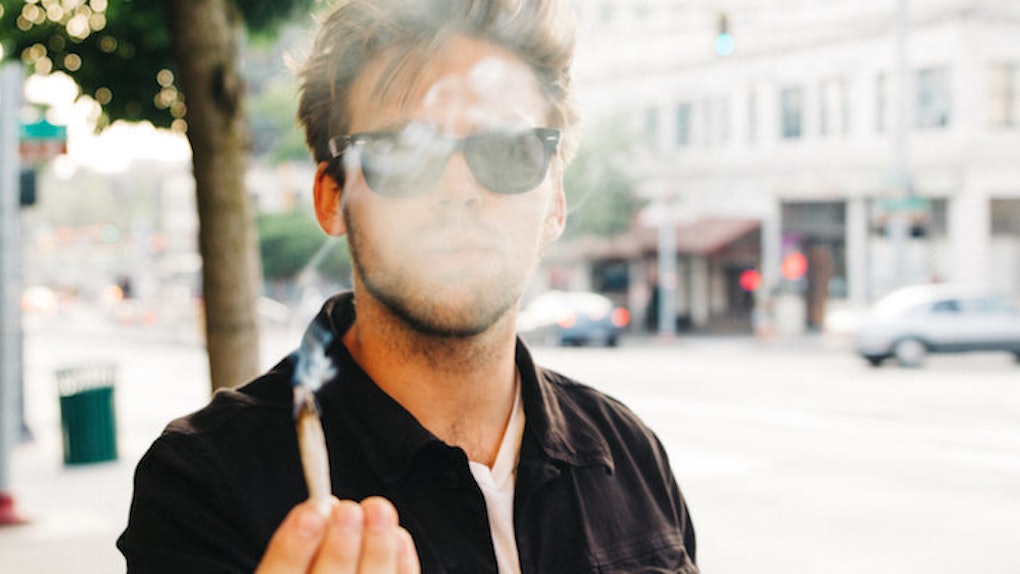 A new study is finally, and definitively, answering one of the world's most important questions: Does smoking pot really make you dumber?

Throughout time, stoners have been portrayed as the dumb kids in class, those who aren't the brightest bulbs or sharpest tools in the shed.

Essentially, anyone who smokes pot is thought of as Jeff Spicoli.

But is this dumbed-down reputation really deserved? According to a large study conducted on UK teenagers, no; the notion that marijuana causes users to become dumber is pure Hollywood fiction.

One of the study's authors, Claire Mokrysz of the University College London, writes,

The notion that cannabis use itself is causally related to lower IQ and poorer educational performance was not supported in this large teenage sample.

The team came to their findings after following 2,235 teenagers for seven years. The teens, who participated in the Avon Longitudinal Study of Parents and Children (ALSPAC), had their IQs initially tested at the age of 8 and again at 15.

Of the group, almost a quarter of them reported using marijuana at least once. An additional 3.3 percent had used the drug at least 50 times.

While the cannabis users did, in fact, have lower IQs at the age of 15 than their drug-free counterparts, the team concluded marijuana alone did not cause their IQs to drop.

Instead, the team says, those who used cannabis were also more likely to drink alcohol and smoke cigarettes.

These findings therefore suggest that cannabis use at the modest levels used by this sample of teenagers is not by itself causally related to cognitive impairment. Instead, our findings imply that previously reported associations between adolescent cannabis use and poorer intellectual and educational outcomes may be confounded to a significant degree by related factors.

In a 2014 news release, prior to the study's release, Mokrysz additionally said,

It's hard to know what causes what- do kids do badly at school because they are smoking weed, or do they smoke weed because they're doing badly? This study suggests it is not as simple as saying cannabis is the problem.

So, there you have it. Go forth and toke up. Just like Spicoli, you'll probably "squeak by" and pass history, too.