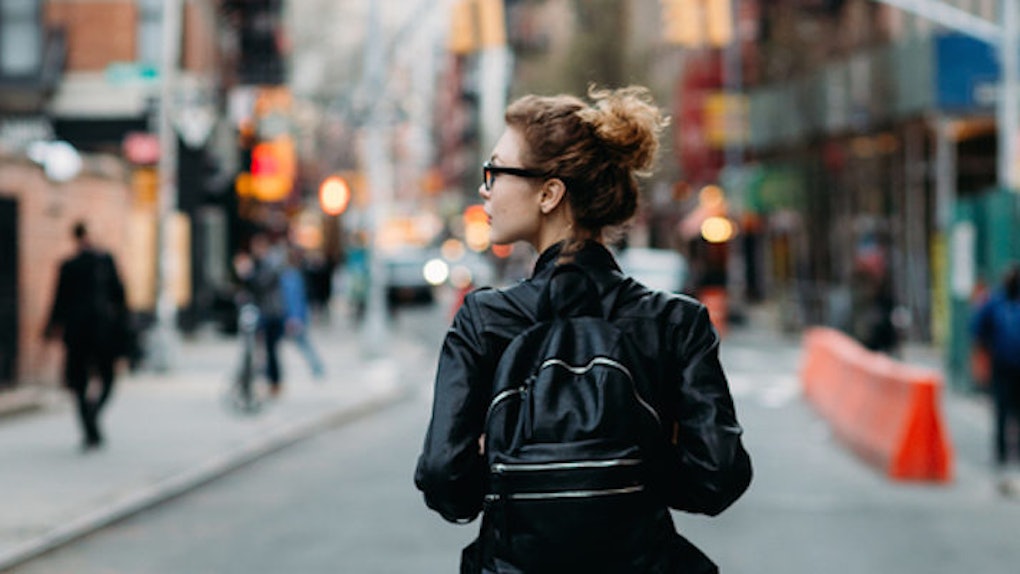 Some cry it out for a few weeks, while others stay busy to distract themselves.

I’ve had breakups before, but not like this one.

This time, I couldn’t stand to stay in New York, let alone the same neighborhood.

He moved on, and I moved out.

Eating regularly and sleeping peacefully only grew more difficult day by day. The city we once had together at our fingertips felt much bigger and scarier.

For the first time, I felt alone in the place I’d called home my entire life.

One day, when I was trying to heal, my best friend and I decided to go to Europe.

We’d live in Paris, drink wine in Bordeaux, climb mountains in Germany, watch summer end in Marseille and dance the night away in Barcelona.

This dream became a reality after we bought the plane tickets and mapped out our month of travels.

I felt alive again. I was excited.

I couldn’t wait to see what Europe had in store for me. I finally felt like I was starting to move on.

Once we arrived in Paris, I was suddenly hit with a wave of emotions. I felt instant regret, along with the yearning to forget.

Everything reminded me of him.

I thought of the food he would order whenever I held a French menu in my hands.

I remembered the time we got lost in this train station together.

I heard his music in my head every time I came across a piano.

I found myself dreaming of him at night and longing to see his face in the morning.

I thought of him and his family as I walked along cobblestoned streets and passed little Parisian shops.

Often, I selfishly wished to be home with him rather than traveling the world, even though many people are not so privileged to travel.

As I traveled through different countries, laid eyes on breathtaking sights and learned new languages, I continued to experience sleepless nights and a nonexistent appetite.

Even in a room full of new people, endless conversation and contagious laughter, I had never felt more alone.

The one person I wanted to be with wasn’t there.

I took this trip to get away from my routine; the one where I went to sleep heartbroken and woke up numb; the one where I’d walk by his apartment in hopes we might run into each other and resolve whatever it was that went wrong; the one where I hoped for a new, different day.

I prayed for the day he’d change his mind and come back to me, where I thought he belonged.

While some things distracted me — like watching the first snowfall of the year atop a mountain in Germany or discovering incredible architecture in Barcelona — I came to the realization that no matter how far you run away, the feelings still follow.

The breakup replayed in my mind over and over again, as I wondered what he was doing every day I wasn’t there.

Some days, I was angry at him. Other days, I was tempted to write to him, to tell him stories of my travels and how much I missed him.

The sadness was due to the fact that every day was still about him, not me.

I knew I had to shake him out of my system and count my blessings.

Instead of trying to distract myself from the inevitable pain, I accepted it for what it was.

I opened my heart to every city I was visiting, but I also allowed myself to feel the pain of loneliness as I fell asleep at night.

I reminded myself of the experiences I wouldn’t get to have if we were still together. I thought maybe, just maybe, this was meant to be.

My mistake was thinking I could heal my broken heart with a month away from reality, when in reality, I was going to hurt wherever I went.

In the end, I hoped New York would welcome me with open arms. I’d say I was sorry, and I’d never leave for that long again.

While running away didn't put a Band-Aid on the wound, it did make me ready to face the music.

I could once again see a home — an actual place of comfort — in my home. I could be happy, sad or angry.

Nevertheless, the trip away was an unforgettable one.

It showed me how incredibly human and messy I could be, no matter how much I was fighting it.