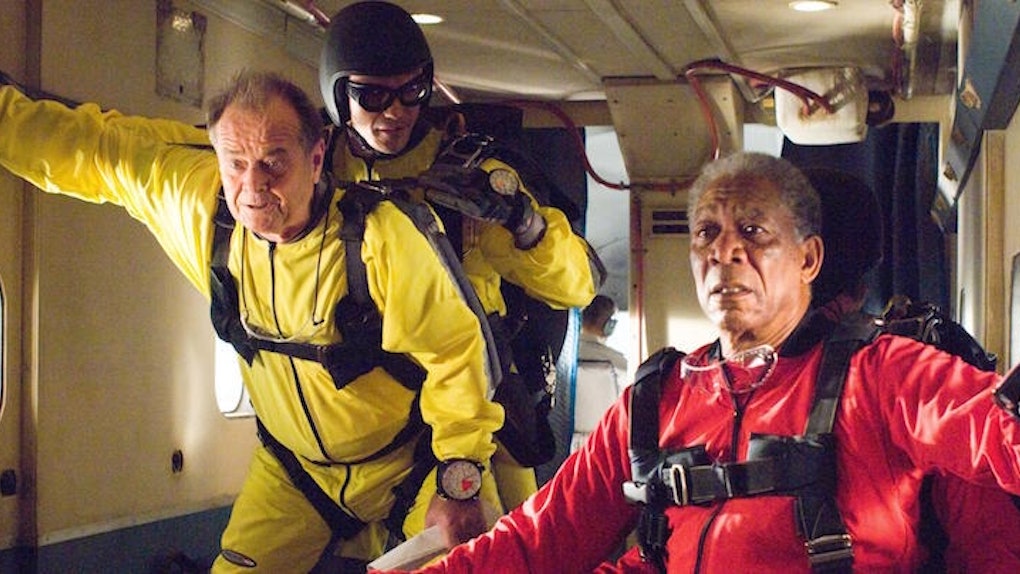 Fear Not, People: Why 'Fear' Is The Number-One Regret Of Dying People

In a world where everything is relative, why do so many of us live our lives based on fear?

According to author Bronnie Ware, the most common regret of the dying is, "I wish I'd had the courage to live a life true to myself rather than the life others expected of me."

The definition of courage is, "The ability to do something that frightens one."

Bronnie wrote the book, "The Top Five Regrets of the Dying: A Life Transformed by the Dearly Departed," as a personal narrative to her experience working with those in palliative care.

Her terminally ill patients shared their biggest regrets and the vast majority of those she nursed were in anguish over lives lived in fear.

The lack of courage to be true to oneself as the most common response is comparatively flat.

Out of every possible contrition, fear is the champion? It's rather derailing.

Our world today hinges on relativism. If nothing is absolute and all ethical truths are dependent on the individuals holding them, why is it that so many of us feel powerless rather than limitless?

Bronnie Ware's patients weren't and aren’t the only ones afraid to live lives true to themselves; how many of us instead are operating according to a standard we've inflicted on ourselves based on what we presume others expect of us?

This fear, dissected, reveals a considerable amount of people, therefore, believe that to be true to yourself is an anomaly.

To accomplish this feat would be a success, and success by this principal is relative.

Log on to any social media site, visit any news forums, blogs, etc., and society is screaming "everything goes."

Now, this sensation may not be an entirely positive evolution, however, why are we not taking advantage of it?

The world is offering up spots at the popular table, so take a seat.

There are no longer definitive standards for what culminates success. Fear cannot be a permissible argument against living the life of your dreams.

Millions of people are desperately yearning for the secret to success, as if there is something highly successful people in the world are suppressing from the rest of us.

When in fact, the visionaries of our time are not only letting us in on their little secret, but they are also providing us with the treasure maps to dig it up.

Fear is not parallel to success. Thomas Edison said, "Opportunity is often missed because it is dressed in overalls and looks like work." The idea of work floods the mind with anxiety.

We take on the pressure of always obliging others. Some, when faced with a fork in the road, opt to make the easier decision or, worse, no decision at all.

We all have our own excuses that we rationalize as to why we can't act. Fear of saying "no" is just as powerful as the fear of failure.

Abandoning anything or anyone that is not a catalyst to our success is difficult. Few of us can master fear, and those who have are reaping all the rewards.

Entrepreneurs like Oprah, Arianna Huffington, Tim Ferriss, Lewis Howes, Tony Robbins and more, for example, all stand on the very soapbox of turning dreams into realities. They all have various avenues of teaching others how it's done.

We look to affluent proprietors, like these, to influence us and to empower us with knowledge of what we don't understand.

Undoubtedly, there are more fundamentals in building a successful life, but at the base of every building block, what these teachers share is the extraction of fear and the value of time.

Bronnie Ware was referring to the dying. However, aren't we all dying?

Every minute of every hour of every day, we draw closer to our fates: death. None of us are promised another day — that antidote alone is reason enough for why we should live every day as if it were our last.

While that has become an ideal classified as a cliché, it’s a principal worth upholding. Time is fleeting, and how we spend it is all we truly leave behind.

It is an asset that can't be earned, and all of us are predestined with an allotted amount. What will you be saying on your death bed? I wish I had or I'm glad I did?