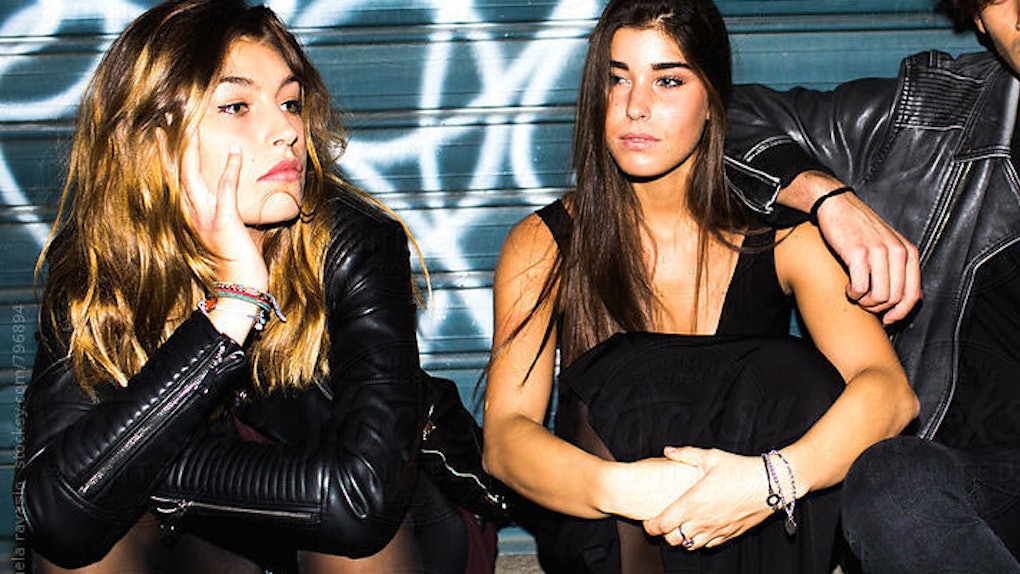 The Good, The Bad And The Ugly Of Being The Perpetually Single Friend

Every friend group has that one friend who never settles down and is constantly single.

It's not because said person has any undateable features.

In fact, most the time, this is the same friend who has people wondering why he or she has yet to be snagged up by an eligible bachelor or bachelorette.

This person — whether it's because of bad timing, lack of interest or a plain old busy lifestyle — is the classic example of the perpetually single friend.

Being a perpetually single friend is a title many are given by others.

It's something you don't plan. It just sort of happens.

Years (yes, years) go by, and you can still be found roaming the Earth without a significant other tying you down (in the most endearing sense, of course).

I am one of those friends.

What can I say? Some people just aren't as into the dating scene as others.

We don't have the time, energy or interest in finding a significant other to share our precious days with.

Being the perpetually single friend comes with its ups and downs, and to be frank, it's a role many can't handle.

So, to those who have earned this title of being endearingly forever alone, we salute you.

Here are the good, bad and ugly things about being the perpetually single friend:

You have the most freedom of all your friends, and you never have to check in with a significant other about your 3 am whereabouts.

Being single means you can be selfish without feeling any guilt.

You have no rules when making plans, and you're always down for anything, no questions asked.

Being the single one also means your friends have a perpetual wingman at their service.

You're what keeps the friend group in the dating scene, and you're always there to offer up your stories about funny, failed first dates.

Constantly being single also equips you with an arsenal of stories about the attractive person who hit on you at the bar last night.

For the constantly single lady, these stories never get old.

There may be a sh*t ton of perks to being single, but there can't be light without dark.

Every person knows just how painfully annoying being single can be.

It's a necessary time period for everyone, but after the need to take time to love yourself fades away, people start to miss being in a relationship.

The thing about being perpetually single is when you actually want to date, it just doesn't seem to work out in your favor.

Perpetually single folks tend to experience loneliness for much longer stints of time than their serial monogamist friends.

For those constantly locked in love, finding a new love is basically routine once the old flame dies.

We, however, don't get the practice of finding a new fling.

We may be able to revel in the fun side of being #ForeverAlone, but when we no longer want to be alone, it proves to be pretty difficult to climb out of the single lifestyle.

As hard as it is, the bad is only noticed when this friend is constantly third-wheeling or doing something that slaps a huge, electric sign on his or her head that reads, "I'm single!"

We're left wondering, "How the f*ck do people do this? How do people switch from one boyfriend to the next, and why don't I have that superpower?"

We think, "Is it me? Is it them? Do I smell? Someone give me answers!"

Most of us can stay positive about being single.

But every once in a while, we have a bad night.

We see all the happy couples around us, and we can't help but want that for ourselves.

Beyond the bad, there is a downright ugly side to this title.

People can usually fight bad circumstances with a positive outlook. But despite their efforts, the ugly always tends to creep into the back of their minds.

The worst side of being perpetually single is, in most cases, a person gets so used to being single, he or she completely gives up on dating.

Despite his or her friends' best efforts, he or she has thrown away the idea of being in a relationship.

This person has let the loneliness homogenize into his or her daily routine.

When people allow loneliness to take control, they diminish their hopes for romance.

It's okay to be cynical about love. But it's not okay to build a wall and block any possibility of love from getting in.

There's something to be said about protecting yourself, but isn't it the point of heartache to learn from the past and make better decisions in the future?

Don't let loneliness get the best of you. Be skeptical, sure. But never get closed off.

Being the perpetually single friend has its ups and downs.

At the end of the day, the good, the bad and the ugly factors of constantly being single are all just lessons to be learned about loving your friends, loving your (potential) significant others and loving yourself.