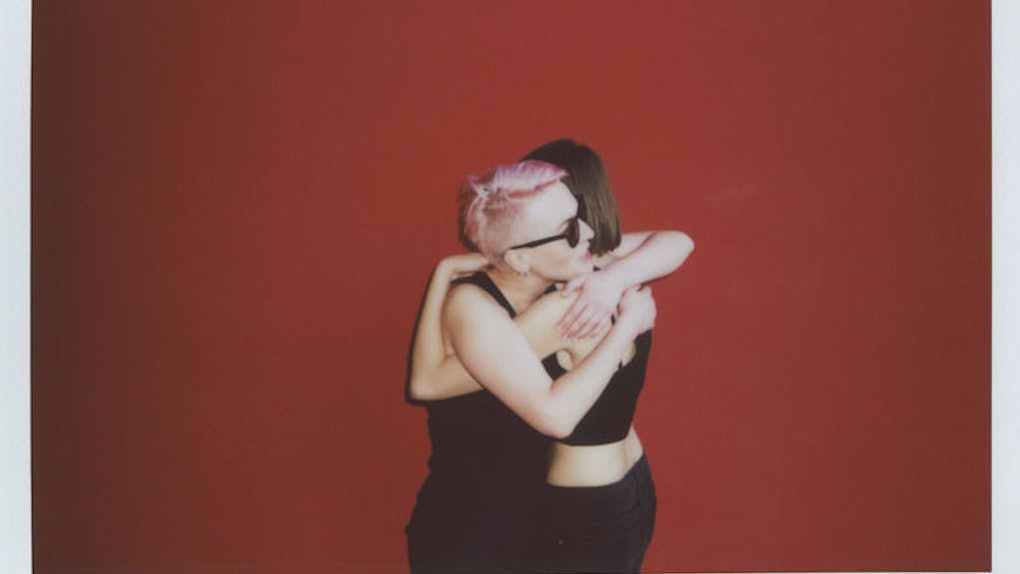 If Someone Comes Out To You, Don't Say These 5 Things

The process of coming out is one of the most liberating and overwhelmingly nerve-wracking experiences a queer person can go through in their life.

When you decide to tell to take the plunge, you're not just doing it once. Unless you've managed to gather all of your loved ones together for a school assembly, you'll be stepping out of the closet on multiple occasions.

You're building up the courage to repeatedly tell those who you love and care for who you really are, in hopes that they will still love and accept you.

Though I came out as a gay almost three years ago, I still find myself discussing my sexuality with people I meet in different social settings. While I consistently feel comfortable at this point in my life when discussing anything related to being gay, there's never a shortage of people whose reactions leave me feeling like a leper loose from his cage.

When someone is coming out to you, it's best to make sure they feel supported and understood.  Sure, you may have some questions, but according to psychologist and gender therapist Traci Lowenthal, that personal moment for them is not the time for you to word vomit.

"While being surprised, worried, scared or upset can all be normal reactions, we should take a deep breath and think before we speak," says Lowenthal. "Gay or trans folks are often terrified to share this news with others. It is incredibly important to recognize the courage involved in sharing this news with you."

Being responsive and genuine to someone coming out to you is important, while refraining from coming off as ignorant with your reaction at the same time.

Below, you'll find five things you should absolutely not say to someone when they come out to you.

My closeted sexuality isn't the answer to a trivia question. And yes, my Sex and the City poster may have hinted at my homosexuality a long time ago, but this isn't the time to undermine the moment.

Coming out is such a vulnerable experience, and you don't want to leave the person feeling like what they said is just an ordinary statement.

"Let them share their news with you, without trying to take any ownership of it," says Lowenthal.

After years of hiding, don't spin the admission to make it seem like it's something that's been talked about for a while now. Even if you knew, allow them to let you in to this part of their life in their own way.

"GBFs" may be all the rage, but if that's a void you're looking to fill, don't pass me an application.

I didn't come out of the closet only for you to assume I give great fashion tips and can step in when a less-than-attractive man is flirting with you at a bar. Instead of labeling someone who comes out to you as a "gay best friend," don't label them at all.

Think of them as the friend they've always been, and not as a brand-new accessory for you to tote around.

Anyone is more than welcome (and in my opinion, encouraged) to explore their sexuality, but if someone takes the plunge and comes out to you, it's not just a phase.

They're not going through the motions, eager to draw "G-A-Y" on their forehead for a week, only to wash it off in the shower in a few days time. They're out now — and it's sticking for good.

"In my career, someone's gender or sexual orientation has NEVER been a phase," says Lowenthal. "I've worked with hundreds of people. While exploring ideas and ways of expression one's self related to gender and sexuality is healthy and age appropriate for many adolescents, it's unlikely to be a phase."

Coming out is not a fad. It's who the person is, and something they hope they'll be embraced for.

When I'm pouring my heart out to you, I'm looking for you to be a friend, not a dating coach.

Just because I'm out of the closet, doesn't mean I'm eager to hook up with the first gay guy I lock eyes with. When someone reveals themselves as queer, it's not the time for you to start matching them up with all the other queer people in your life.

They're looking for your approval and to feel loved by you in that moment, not by a stranger.

You should never ask someone coming out what the hold up was when it comes to admitting their sexuality because coming out is not a race.

There's no set date or time for when it's appropriate to come out, and there's no timeline that must be followed. Someone in the closet could be questioning their decision for many reasons, and it's up to them to decide when they feel comfortable enough to tell anyone.

If you're ever in the situation where someone comes out, think before you speak.

"I recommend recognizing the privilege involved in hearing this news; that someone shared such a personal part of themselves with you means that they likely think a great deal of you and trust you," says Lowenthal.

Coming out is an extremely sensitive subject, and while I was surrounded with love and support from family and friends during that time, that's not always the case.

It's important to be respectful and understanding if someone comes out to you. Accept them and react accordingly. Make sure the conversation ends with them feeling no different than before the the conversation began, instead of wishing they hadn't told you in the first place.