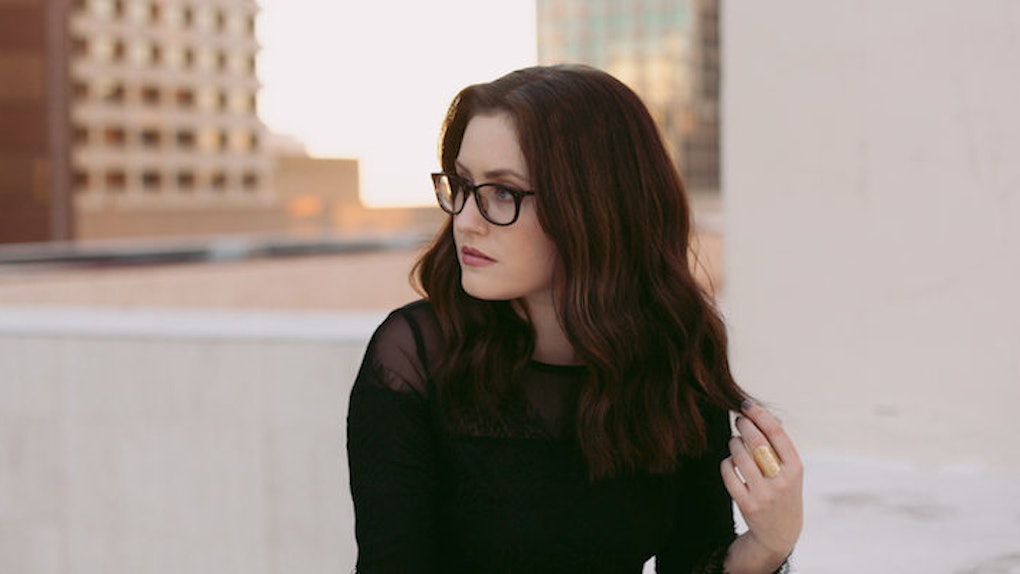 For most of us, being called an “old soul” is considered a compliment.

Some people think having an old soul means you were meant to live in another era.

I think it means your soul has already passed through many different eras. This isn’t a belief for everyone, but it’s a philosophy believed in many Eastern religions.

You have lived many lives at many different times, and in each life, your soul has grown.

In each passing life, you've learned lessons that have stuck with you, even if you don’t remember them.

For some, having an old soul simply means you're a little more settled than a lot of other people your age.

You know who you are and you know what you want. You’re capable of balancing many different aspects of your life, and you go about this in a calm and put-together way.

You feel like you know what you’re doing and why you were meant to do it.

Most people who've been called an old soul have heard it many times, and they’re on board with it. But what happens when your old soul gets in the way?

Yes, you’re in college and yes, you’re still broke. However, you still like to live in a nice home.

Your apartment is cozy and decorated, your room is your sanctuary and you keep your groceries in the fridge.

Generally, you don’t mind doing all this. However, cleaning up after your roommates drives you insane.

You simply can’t stand the dirty dishes piled up in the sink.

You don’t get why your roomies don’t seem to mind the fact that everything is sticky, and flies are having a feast on their leftovers.

This sucks because you really do have good intentions.

It can be rough feeling like this in your own home.

But at the end of the day, when you come back to a clean and warm house, you know it’s worth it.

2. You like to talk about social issues, not the Kardashians.

Just because you have an old soul doesn’t mean you’re not into pop culture.

You love to watch TV, and you sure as hell can settle in for some serious movie marathons.

But shows like "Keeping Up With the Kardashians" and "Say Yes To The Dress" probably don’t interest you very much.

Instead, you like to watch something with an intelligent plot line and some actual humor.

You want what you’re watching to make you think, and even if you just want to kick back and watch a rom-com, you at least want to see some quality acting.

One thing is for sure, you don’t like to sit around and talk about meaningless things like Kylie Jenner’s new hair-do.

Instead, you’d rather be discussing things like emerging technology, the consequences of climate change and the fate of future generations.

You’re interested in why society functions the way it does, and you’re not afraid to ask the tough questions.

Unfortunately, it’s not always easy to find people your age who appreciate the same topics you do.

Sometimes, you even worry people think you’re a total nerd because you have a genuine interest in your college class and you’re always raising your hand.

Sometimes, you wish you really did understand what all the hype about the Kardashians is about.

But, the good news is, if you look hard enough, you can find people who are intrigued by the same things you are.

Plus, when you do find them, they’re sure to be people who impact your life in countless positive ways.

3. You can’t really “let loose” without thinking about the consequences.

Even with an old soul, you still like to party.

You like to go out on the weekends with your girlfriends and break it down on the dance floor.

But even though you like to have a good time, there’s a limit to how much fun you can have before a little voice in your head puts on the hazard lights.

You have no problem going to a frat party, but when people start throwing knives into the celling for sport, you have to draw the line.

You’re more than willing to take a few tequila shots and ride the mechanical bull, but you’re not about to chug some beer and go tip over a cow.

The thing is, your conscience won’t let you casually stand by and watch while people knock over trash cans and steal patio furniture.

For you, there’s a difference between having a good time and being a total f*cking idiot.

Sure, because of this, some people might call you a “buzzkill.”

But in all honesty, knowing when to call it a night is a great thing. It’s what keeps those hangovers manageable and those court fees nonexistent.

It’s all about finding the balance between letting loose and throwing in the towel.

Let’s face it: No one wants to end up behind bars for a night.

4. You’re finding a balance between hooking up and finding love.

If you have an old soul, you probably know the importance of finding love. Because of this, it’s probably pretty hard for you to find where you belong in the “hookup generation.”

But at the same time, you realize the days of love letters and throwing pebbles at windows are long gone.

Love can be hard for you.

When you meet someone you feel a connection with, you aren’t necessarily on the same page.

You hate the norm of only conversing over text messages, you hate the fact dates are considered taboo if you go on one too soon and you really hate all the game-playing.

But, if you persevere, you know you’ll find someone out there for you. He or she will believe in taking things one step at a time, will want to send you flowers for no reason at all and won’t get scared easily.

You just have to kiss a lot of frogs, right?

5. You feel as though you’re on the right track.

“My life is a hot mess right now” is a typical phrase for most 20-somethings. On certain days, you do feel that way. Who doesn’t?

But generally, you feel as if you kind of have your life together. You know what you want and you have a plan for achieving your goals.

You understand that working hard in school, showing up to your job on time and kicking ass at your internship is a vital part of your road to success.

You know the world is big and filled with opportunities, especially if you choose to spend your time doing things that will make you happy.

When your parents' friends ask you what you want to do with your life, you have an answer for them.

Sometimes, you feel like other people your age resent you for this.

You feel like you aren’t on the same page as a lot of other people your age, because generally, it seems like people don’t know what the hell they want to do.

But you also know that’s totally cool. You know it doesn’t really matter what you do, as long as you’re doing something you love. You just want other people to realize that, too.

Sometimes, it’s hard on you.

Sometimes, you might even feel a little misunderstood. Sometimes, you really do just want to sit back and let life happen to you.

But that’s just not how you’re programmed.

You’re smart, motivated and curious. You want to make big things happen in your life, even if those big things are simple things.

When it comes down to it, having an old soul might make you feel a little bit different, but it also puts you a couple of years ahead of the game.

It makes you prepared for the future that lies ahead, and it causes you to think hard about what kind of future that should be.

People might not always get you. But as long as you’re true to yourself, you know it will all be okay. In truth, having an old soul is a beautiful thing.

If it weren’t for your old soul, you wouldn’t be you.