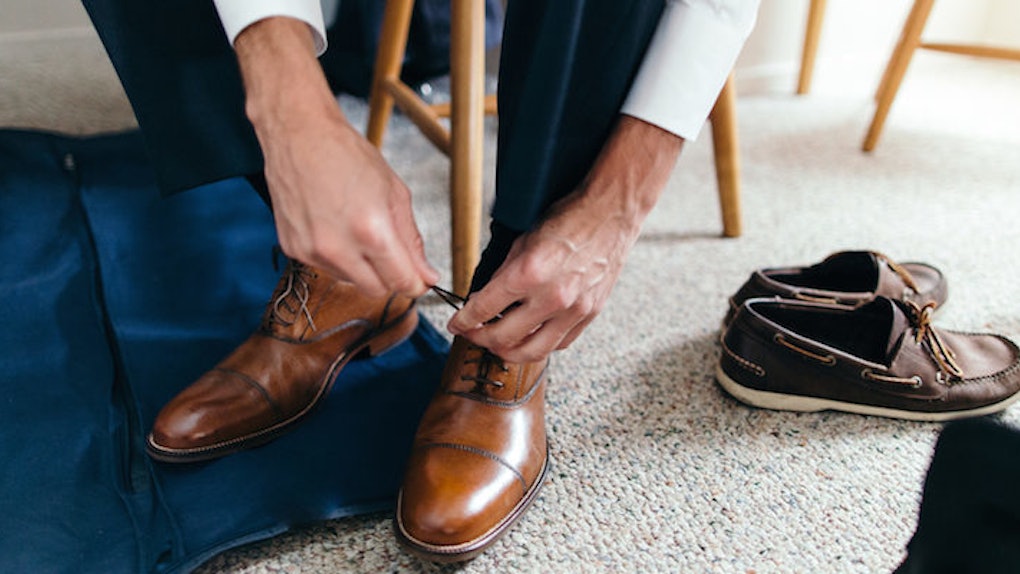 Why Establishing A Personal Brand Is Necessary In Today's Job Market

How awesome would it be if getting a job today was like a giveaway on "The Oprah Winfrey Show?"

Daydreaming aside, I’ve noticed the ever-growing challenges my peers are facing. This doesn't only concern getting jobs, but getting jobs they want, at salaries that fit their desired lifestyles.

That being said, I’ve also realized many of my peers aren't doing a whole lot (apart from sending in their résumés and cover letters) to separate themselves from the candidate pool.

Most of them don’t have that wow factor. They blend in with every other applicant and leave it up to chance.

This is so not the way to go.

That’s why I’ve recently started to speak with college students about the importance of self-branding.

This is the practice of differentiating yourself in order to establish a presence in the employer’s mind and to ultimately land you the job you want.

When we look at branding in business terms, a brand is not what it sells.

For example, Nike sells athletic apparel, but the Nike brand is not just apparel. It is athleticism, the celebration of athletics and athletes, endurance, strength and victory.

Your self-brand is not what you can tangibly offer.

It’s not your technical or practical skills. It’s not PowerPoint or Facebook.

Simply stated, it’s not anything an employer is explicitly seeking in a job posting.

There are two primary ways to brand yourself.

The first option is you can be the best of the best and number one in the candidate pool. That’s a difficult feat, especially when there are so many candidates for a single position.

The other option is to be unexpected and relevant. Capture people’s attention outside the conventional norm.

Here are a few examples to explain that point:

A young woman named Kaitlyn was the first person I hired to join my social media consultancy business. After posting the position online, I received 50 or 60 emails.

I combed through each one without any real excitement. That is, until I landed upon Kaitlyn’s email.

Within mere seconds of seeing her résumé, I knew she was the person I wanted to fill the position.

The truth is, I didn’t pay much attention to what was written on her résumé. Instead, what captured me was the look and feel of it.

It was uber creative and instantly engaging, which are vital things for effective social media marketing.

Kaitlyn didn't need to tell me how creative she is, or how she knows how to create engaging content. She simply demonstrated both of those skills with her résumé.

Compared to the rest of the applicant pool, Kaitlyn’s résumé was unexpected and relevant.

There’s another story about a college student who wrote a completely unconventional cover letter to someone on Wall Street, seeking an internship.

(Sink your teeth into it. It went on to make Internet headlines.)

What made this cover letter so unique was its authenticity, honesty and forthcomingness.

Compared to the vast majority of cover letters that exist today, in which people sugarcoat their credentials and make themselves sound so clearly immortal, this guy kept it real.

Who wouldn’t want to hire someone like that? Again, unexpected and relevant.

Finally, there’s Nina Mufleh, who really wanted to work for Airbnb. She created an online résumé modeled after Airbnb’s website that went viral.

She didn’t end up with a job at Airbnb, but that’s not the point. Nina racked up more than enough Internet press to land a job with Upwork.

Say it with me, "Unexpected and relevant."

Certainly, these examples took some impressive outside-of-the-box thinking and doing, but that’s what every employer wants.

Anyone can show up to a job, get the work done and go home.

As employers, we don’t want to hire those kinds of people. We want people who are ambitious, persistent, creative and dynamic in one way or another.

Not to mention, a little unexpected and relevant.