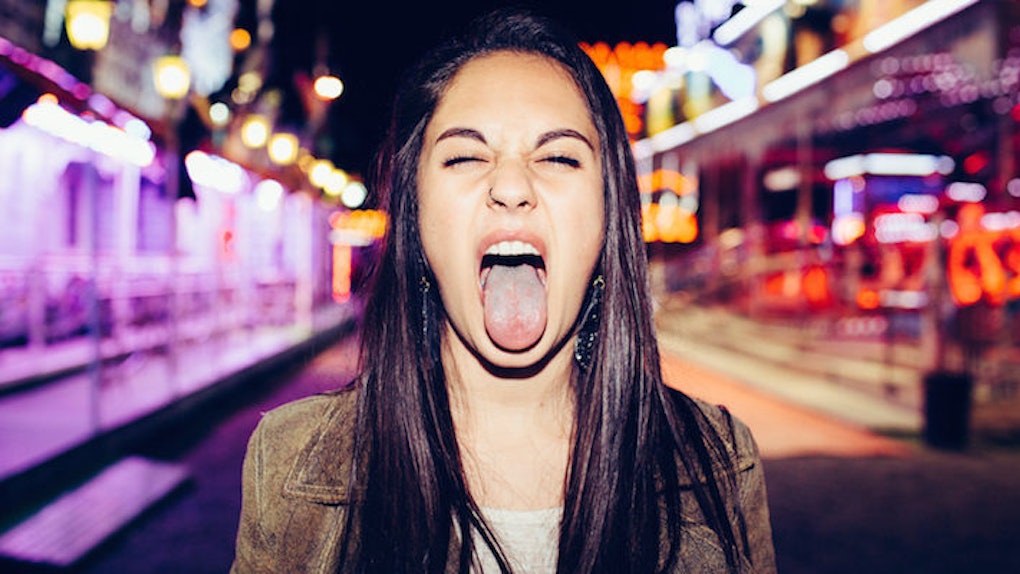 Why Being A Little Grumpy Actually Makes People Stronger Leaders

There's something inexplicably endearing about people who are a little bit grumpy sometimes.

In a world where we're made to feel guilty for being anything other than perpetually cheerful, it's refreshing to encounter individuals who don't feel the need to sugarcoat the universe and feign infinite optimism.

Yes, it's all well and good to "look on the bright side" and preach positivity, but it can also deny us valuable perspective when we need it most.

The world is far from perfect, and ignoring this truth can be dangerous.

We can't progress as a species without being honest about our fundamentally flawed existence. You can't solve problems by pretending they're not there.

Perhaps the reason we can't help but enjoy grouchy people is because they tell it like it is and aren't easily fooled. In this sense, they're very genuine and trustworthy. There's a feistiness in them that lets you know they can endure great hardship; they epitomize grit.

They might be somewhat gruff, but it's what makes them assertive, focused and effective in life.

Negativity is not a weakness, nor does it signify a person does not have the capacity for hope or warmheartedness.

Many of those with the strongest beliefs in the world's capacity to change are also some of the grouchiest individuals you'll ever encounter. In other words, negativity and positivity are relative sentiments; one cannot exist without the other.

Indeed, there's nothing wrong with being a little negative on occasion, and there's no need to feel guilty for naturally occurring emotions.

Both psychology and history provide ample evidence grumpiness, or negativity, has a number of benefits and helps mold great leaders.

Joe Forgas, a social psychology professor at the University of New South Wales in Australia, conducted a study in which he found grumpy people were better suited to manage stressful situations.

He had participants watch happy or sad films meant to place them in positive or negative moods.

Subsequently, the volunteers were asked to determine the validity of urban myths.

Additionally, the study found those in negative moods were better at communicating, particularly through writing.

Research from Kate Harkness of the psychology department at Queen's University, for example, suggested people with a propensity for negativity are more detail-oriented, especially in relation to reading facial expressions.

This seems to suggest being in a bad mood places us in more contemplative and analytical states, making us more adept at managing wide arrays of tasks.

When looking back on the personalities of some of history's great leaders, this makes a great deal of sense.

The world benefited from the negativity of many great leaders.

Winston Churchill and Abraham Lincoln, among others, both suffered from dark moods throughout their lives.

While many might assume the negativity diminished their capacities to lead, it actually served as a source of great strength and helped them change the course of history.

Churchill exhibited deeply negative emotions, sentiments he referred to as the "black dog." It was a darkness -- a sense of futility -- that seemed to follow him around.

Instead of fighting it, however, Churchill embraced it. In turn, he was provided with the fortitude and insight to endure the hardships of leadership during World War II.

Instead of allowing it to erode his resolve, he used it to propel himself forward -- and he saved the United States from tearing itself in two.

As The Atlantic puts it,

With Lincoln we have a man whose depression spurred him, painfully, to examine the core of his soul; whose hard work to stay alive helped him develop crucial skills and capacities, even as his depression lingered hauntingly; and whose inimitable character took great strength from the piercing insights of depression, the creative responses to it, and a spirit of humble determination forged over decades of deep suffering and earnest longing.

Many theorize the negative moods of these leaders were produced by mental illness.

On that note, it's important to highlight the profound difference between being a little grumpy and suffering from something more serious. As Joe Forgas explains,

Mild, temporary negative moods can be helpful in coping, and their health benefits lie in allowing us to cope better, and adapt to mildly challenging situations. Of course, this does not always work, and when a negative mood becomes intense and long-lasting, as is the case in depression, this can produce serious handicaps for coping.

As in all aspects of life, maintaining balance is vital to our wellbeing. If it becomes too difficult for any of us to accomplish this independently, there's no shame in seeking help.

With that said, we need to break out of the habit of believing we don't have a right to be in a bad mood.

As both research and history show, negative feelings can allow us to become more attuned to the world around us, making us more enlightened and decisive individuals.

Go ahead, be grumpy. It's good for you.

Citations: A Point of View Churchill chance and the black dog (BBC), Feeling grumpy is good for you (BBC), Bad Moods Have Important Benefits Research Suggests (Huffington Post), The upside of feeling down (UNSW), Grumpy People Get the Details Right (Science of Us), Lincolns Great Depression (The Atlantic), Enhanced accuracy of mental state decoding in dysphoric college students (Cognition and Emotion)