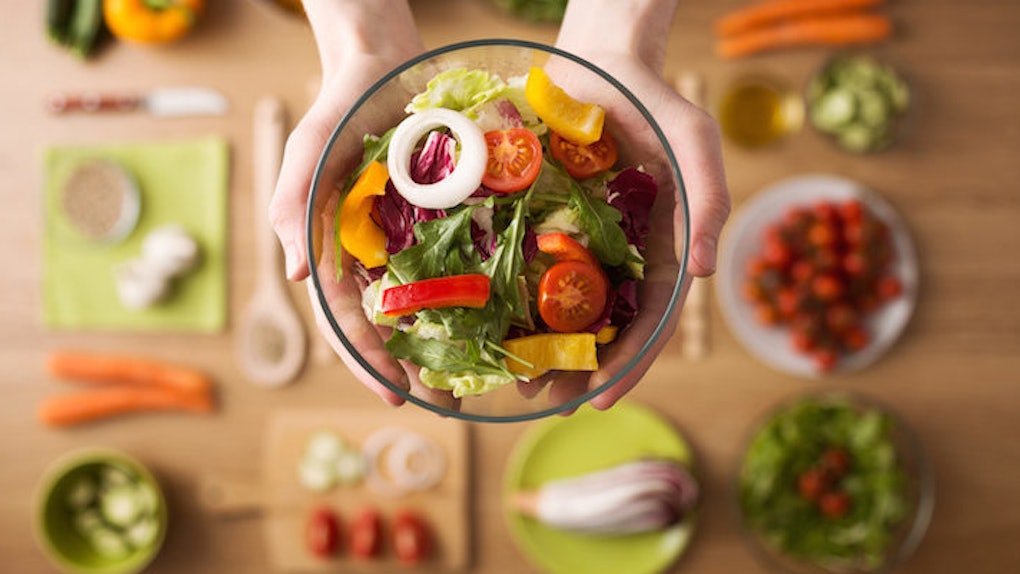 Not a vegetarian? I have some bad news. You're probably eating way too much meat.

The average consumption of meat per person in industrialized nations, such as the United States, is more than double the global average, at over 264 pounds per person.

This level of meat consumption among so many people is certainly unprecedented in history. Previously, only the very rich had access to such high volumes of meat.

Now, as affluence has spread and the agricultural revolution has made producing meat cheaper, more have access. We've taken full advantage of this fact. As Michael Pollan put it in the movie, "Cowspiracy," "We are gorging on meat."

This is not good news for the environment.

Meat is a highly intensive product to create, and the rising level of consumption is not sustainable.

Eating less meat, or cutting it out entirely, is one of the most important things you can do to address the rampant environmental degradation of our time.

How exactly will choosing a vegetarian diet some (or most) of the time help you go green? The impact may surprise and inspire you.

Meat takes gallons and gallons of water to get to your table. Growing animal feed crops alone consumes 56 percent of the water in the US.

Also, that is not where the water consumption ends. Water is also required for the animals to drink, to clean the animal living areas and even to slaughter the livestock.

Estimates vary widely, but a conservative one is it takes 2,500 gallons of water to create just one pound of beef.

During this time of rising water scarcity, adopting a vegetarian diet means less of our precious water is sent to feed and grow animals.

Therefore, more water is left over for human beings.

Trying to think of ways to reduce global warming? As an individual, one of the most powerful things you can do is reduce or give up your meat intake.

Meat agriculture is one of the top producers of greenhouse gases.

It produces more greenhouse gas than all the exhaust emissions from the entire transportation industry combined (cars, trucks, boats, you name it).

Red meat is the biggest culprit, producing 10 to 40 times as many greenhouse gas emissions than common plant foods. Give the planet a break, and go for a tofu burger next time.

Meat is not only impacting the land and air.

Our oceans are also getting obliterated by animal agriculture.

It also includes the fields and fields of corn and soybean, doused in pesticides, that are grown exclusively to feed these animals.

These pesticides runoff into streams and oceans, creating dead zones: areas devoid of fish and other marine life.

Obviously, pesticides are used in a wide variety of crops, not just feed crops.

But as a large portion of US major crops are used to feed animals, the link between ocean wildlife degradation and animal agriculture is clear.

The meat industry is entirely based on consumer demand. The less we eat, the less is produced.

Adopting vegetarianism means more water for future generations, who will be facing guaranteed periods of drought due to climate change.

It also means keeping tons of greenhouse gases out of the atmosphere, and saving our oceans.

Bring that meat intake down. Enjoy the good health of eating a diet high in plant-based foods.

The world needs to know if it wants to have a future.

So, how about it? Will you be doing "Meatless Monday" sometime soon?