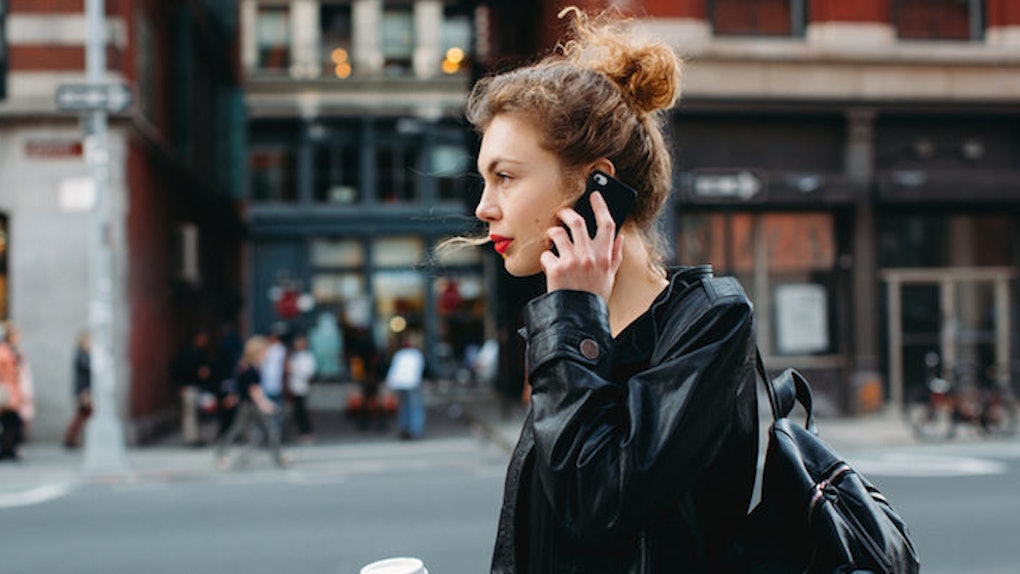 I have a confession: I'm terrible at responding to text messages.

If anyone reading this has sent me a text in the past couple of years and I still haven't answered, I apologize. Please don't take it personally, I'll try to get back to you as soon as possible.

Truthfully, I'd much rather talk on the phone, but the caveat is I rarely feel like I'm in the right place or it's the right time.

For that reason, I've often resorted to texting instead of calling, even though I prefer the latter.

Talking on the phone in public feels rude (and is often barred in many places), and with family and friends dispersed across the world in different time zones, it's difficult to find an appropriate hour to speak.

Texting is far more convenient in this sense. It allows you to keep a conversation private and on your schedule.

Even still, I'm just not good at it. Sometimes I respond to texts days later, well after they're relevant.

There's no sense of urgency with texts, they leave things too open. It's yet another sign we've turned into a society of procrastinators. We can push texts aside and answer them whenever we feel like.

But when I receive a call, I can't help but answer it. I have to know why that person is reaching out -- it's exciting and even unnerving at times.

I feel a strange sense of nostalgia for the days I picked up my parents' landline phone and called friends to catch up or make plans.

Over the course of high school and college, this ritual morphed into sending text messages, an impersonal exchange involving high frequencies of "yo," "what's good," "lol," "ttyl" and so on.

Yes, texting is admittedly far more efficient than calling in most cases, but it's also pretty robotic and antisocial.

I'd rather actually speak to someone because I can get a truer sense of how that person is feeling. It's hard to read emotions via text messages, even if there are emoji involved.

Tragically, society is working against me and anyone else who prefers the dying art of a good phone conversation.

Americans are texting decidedly more often than calling, particularly when compared to other countries. As the Chicago Tribune puts it:

US smartphone users are sending and receiving five times as many texts compared with the number of phone calls each day, according to the International Smartphone Mobility Report by mobile data tracking firm Infomate. In total, Americans spend about 26 minutes a day texting. That compares to spending about six minutes a day on voice calls.

Correspondingly, recent data from Pew Research Center shows smartphone owners use their phones for texting more than anything else.

Pew also found 80 percent of teens say texting is one of their top three ways of communicating with their closest friends, compared to 69 percent who said the same thing about calling.

Indeed, it seems people, particularly teens, are avoiding phone calls like the plague. Texting is now the way of the world.

As noted above, this seems to be tied to a desire for control, and it may have broader social implications. Some theorize the reliance on texting is damaging people's interpersonal skills.

In other words, by texting instead of actually conversing, we're becoming increasingly socially awkward.

Conversation is a skill that has to be cultivated. When you communicate digitally more than verbally, you avoid conversation and become less adept at it.

Sherry Turkle is an MIT psychologist and expert on technology and communication.

The complexity and messiness of human communication gets shortchanged [with texting]. Those things are what lead to better relationships.

Simply put, one could argue those who call instead of text are better with people and develop stronger relationships.

They're less socially awkward because they don't fear conversation, given they're well-practiced at it.

As Turkle explained to NPR, young people told her they preferred not to talk on the phone because "you can't control what you are going to say, and you don't know how long it's going to take or where it could go."

This suggests they feel anxious about phone calls and are generally more uptight. From this perspective, one could say there is something more laid-back about preferring calls to texts -- it's more spontaneous.

No one is arguing if you prefer texting you're a socially-awkward control freak. But there is definitely something to be said for hearing someone's voice and being confronted by the emotion infused in it.

Laughter is far more powerful and contagious than "lmao." Sarcasm is far more detectable when it's spoken.

Anger is way more discernible in someone's tone than in passive aggressive messages.

Verbal communication is one of the human race's greatest advantages, strengths and gifts -- it's vital to our survival.

We are an inherently social species and depend on the bonds we form to carry us through the trials and tribulations of life.

There's nothing wrong with texting, but we were granted the ability to speak for a reason and it shouldn't be wasted.