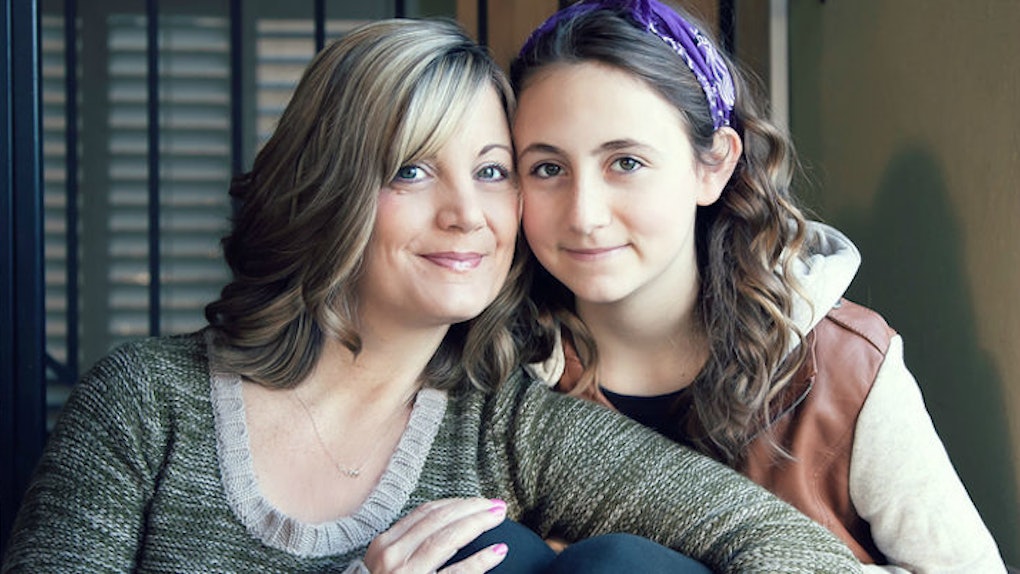 The relationship between a mother and daughter is complex, to say the least.

Growing up, there was never really a time I could remember thinking, “I wish I could be like my mom someday.”

I was your typical daddy’s girl. I always wanted to be around him, and I went to him to ask for things I knew my mom would say no to.

As I got older, my mom and I continued with the same contentious relationship.

My brother once put it perfectly: “You two are so much so the same person, it’s like fighting with the mirror. You’ll never win. So you might as well just look at the reflection and accept what you see.”

However, as I got older, we started to appreciate each other more.

My mother was relentlessly prompt with getting her annual mammogram. Every year the results cleared, and things looked good.

But one year, the answer was different.

“They found a little something,” she said.

I just remember her brushing it off, like the machine must have malfunctioned, or the doctor made it seem like it wasn’t a big deal.

The funny thing is, I don’t really remember her telling me she had breast cancer. Moms always have that uncanny ability to make things seem like everything will be okay. It's like when you had to get shots as a kid, or broke something really expensive.

Except this time, the roles were reversed. Something bad was happening to her.

A few weeks later, she went in to have the lumps removed.

My dad and I sat in the waiting room, completely calm. We were almost too calm, in retrospect. In what seemed like hours later, her doctor came out.

We had these smug smiles on our face, kind of thinking to ourselves he was just going to congratulate my mom on how great she did.

But that is not what he said.

Everything from that moment on happened in slow motion.

I completely went out of my body, and had a fight or flight reaction. I only heard the words, “there was more” and “we have to take both.”

My dad slowly sat down in his chair, putting his head in his hands. I continued to look at the doctor as if he was speaking another language.

But this moment was real.

To make the experience even more surreal, my mom didn’t remember anything the doctor had said.

So I, her daughter, had to sit down next to her in the hospital bed, and explain to her how they didn’t get all the cancer. I had to tell her she was going to lose both of her breasts.

Cancer was not supposed to be something I experienced in my life. But there I was, standing outside a hospital, trying to show my mom cancer was not that big of a deal, and neither were her breasts.

A few months later, my mother had a mastectomy.

I was there from the minute visiting hours started until the nurses kicked me out. I just wanted to be there for her in any way I could. I needed to be strong for her.

Every day became a blur. I was in survival mode.

One night after I left the hospital, I drove over to boyfriend’s house. I walked in to see him in bed waiting for me, to come tell him how my mom was.

I laid down with him and blankly stared at the wall.

He didn’t ask anything too elaborate or specific.

He looked at me and said, “How are you?”

In that moment, those three words rang in my head and seemed to bounce around the room.

Finally, I broke down.

Those were the only two words I could seem to get out.

In that moment, I was deathly afraid of losing my mother, and it killed me.

The cancer had spread to both of us. In that moment, I felt the absence of my mother, even though she was still there, and it shook me to my core.

No one will ever know what breast cancer does until they experience it.

Yes, it’s nice to show support and buy pink pens and participate in charity events. But the magnitude of it doesn’t come with a purchase or a walk.

There is nothing more devastating or heartbreaking than your mother asking you, “Will I still be feminine enough? Do you think your dad will still find me pretty?”

Those are the moments that will forever stay with me.

This woman, who used to tell me how beautiful I was, even though I felt so ugly in that awkward ugly duckling stage, was now asking me if she was pretty enough or good enough.

Breast cancer is more than just a form of cancer we try to remove.

It takes a part of you that you can’t explain. It shakes and rearranges the parts of us that define who we are as women.

We do not realize how much of our identity, self-worth and sexuality is in our breasts.

When that is taken from us through breast cancer, women are forced to find their femininity in something else, and it's not easy.

On the other hand, it creates a quality of life you could have never imagined.

My mom and I have gone through something so scary and dark, but we did it together.

We wouldn’t have gotten through it if we didn’t have each other. There are so many levels of beauty in that.

A relationship between a mother and daughter is complex, but so special.

A part of me died in the hospital that day, but a stronger, more self-reliant daughter emerged.

I am more proud of my mother, a survivor, than I have ever been.