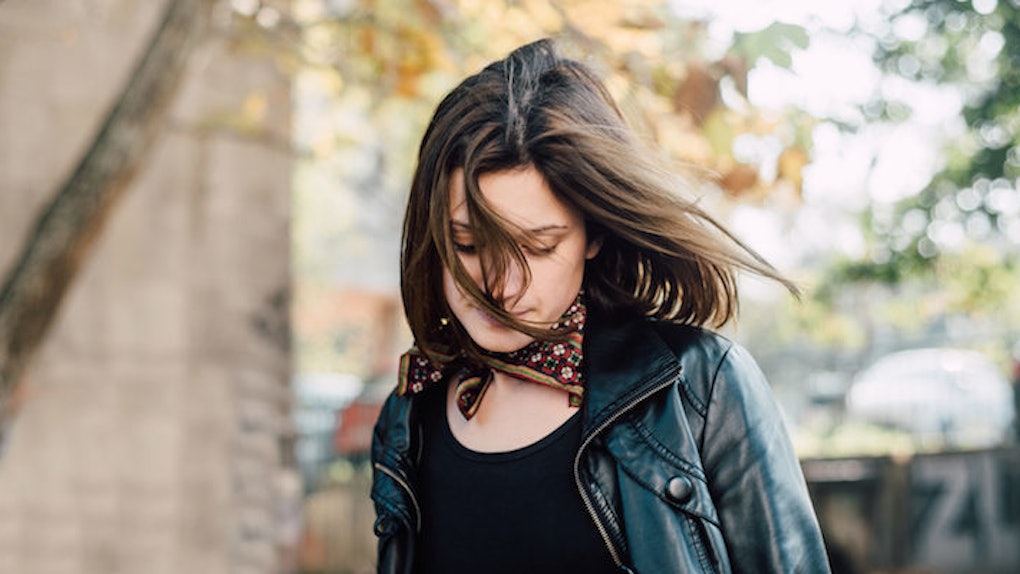 It's Always The Quiet Ones: Being Shy Is Actually A Survival Tactic

You’ve always kept a low profile. You have a voice, and you know how to speak up, but you’d rather not.

From what you’ve learned, the loudest mouth in the room usually ends up with a foot in it sooner or later.

So you choose to spearhead your business as more of a silent observer.

While some might call you shy, you know that word only downplays your modus operandi.

Whereas shyness typically alludes to a social disadvantage, such is not the case with your specific demeanor. Shyness is natural; you are deliberate, meticulous.

You prefer to think before acting. You understand impulsive decisions can often become fair-weather friends.

You’d rather sit and devise a plan first, from the bottom up -- and figure out the most efficient way of achieving it, as opposed to just rushing into things.

However you choose to label your introverted tendencies, you’ve found comfort in them -- despite what the rest of society might think.

Although you choose not to ignore public opinion, you’re aware “closed mouths” are rarely invited to the feast, and you’re not oblivious to the fact that most social networks “prefer action to contemplation, risk-taking to heed-taking, certainty to doubt,” as Susan Cain writes for The New York Times.

You also maintain that these “risk-taking” qualities may also do more bad than good when all is considered.

As science journalist Winifred Gallagher suggests, “The glory of the disposition that stops to consider stimuli rather than rushing to engage with them is its long association with intellectual and artistic achievement.”

This speaks not only to the quality of work that can be achieved by the more introverted person but also the aversion of risk.

Cain goes on to compare shy and introverted humans to members of the animal kingdom with a similar disposition.

Cain explains there are usually two main survival methods demonstrated by the majority of species: In one corner, the majority (at around 80 percent) are known as “rovers,” which could be represented by their inclination to “just do it.”

In the other corner, “sitters” (who make up anywhere from 15 to 20 percent of the population) are the introverts of the animal kingdom and opt to “look before they leap.”

To test the potential benefits of this disposition out in nature, David Sloan Wilson, an evolutionary biologist from Binghamton, conducted an experiment comparing the behavior of sitters and rovers.

Using metal traps to bait a sample of pumpkinseed fish, Wilson discovered the impulsive behavior of the rovers ultimately led to their capture fairly early in the experiment.

The sitters, on the other hand, showed patience and “stayed back,” observing the error of the rovers’ ways.

Cain then compares the sitters used in this experiment to humans born with the same sitter-like temperament.

It seems like if you’re a shy or an introverted person, you have a step up compared to your more outgoing peers in more ways than one.

You spend more time calculating your next move.

Shy children are said to be more careful and astute, according to Cain. “Sitter” children tend to learn through “observing instead of by acting,” which leads to them “noticing more things, in general,” when compared to other children.

Old research done on the topic, conducted by psychologists Jerome Kagan and Ellen Siegelman in the 60s, showed introverted children -- who spent the majority of their time alone -- spent more time weighing all of their options when playing card games.

This shows their proclivity to assess an entire situation, as opposed to making an impulsive choice.

According to Cain, introverts, “who tend to digest information thoroughly, stay on task and work accurately,” also earn a disproportionate amount of National Merit Scholarship finalist positions and Phi Beta Kappa keys -- despite the fact that their IQs are not always higher than their extroverted counterparts.

Cain continues to explain that this may arise from the fact that shy students spend less time socializing and more time learning.

This comes on the heels of a separate experiment conducted by psychologists Eric Rolfhus and Philip Ackerman that examined the knowledge of different college students, among whom introverts proved to be academically superior.

Cain suggests it is not always the extrovert who will be the best leader -- but the introvert due to his or her keen ability to listen to others’ perspectives and form the best plan of action for a situation’s greater good (ego aside).

The differences in strategy may be subtle, as Grant notes, explaining how “introverted leaders practice their communication skills and smile more.”

These types of body language are conducive to team building and provide a more comfortable setting for work and productivity.

So, if you’re shy, you don’t necessarily have to sit on the sidelines -- or stay off the radar -- to be successful.

If you learn how to use your introverted tendencies correctly, you can take them wherever you’d like.