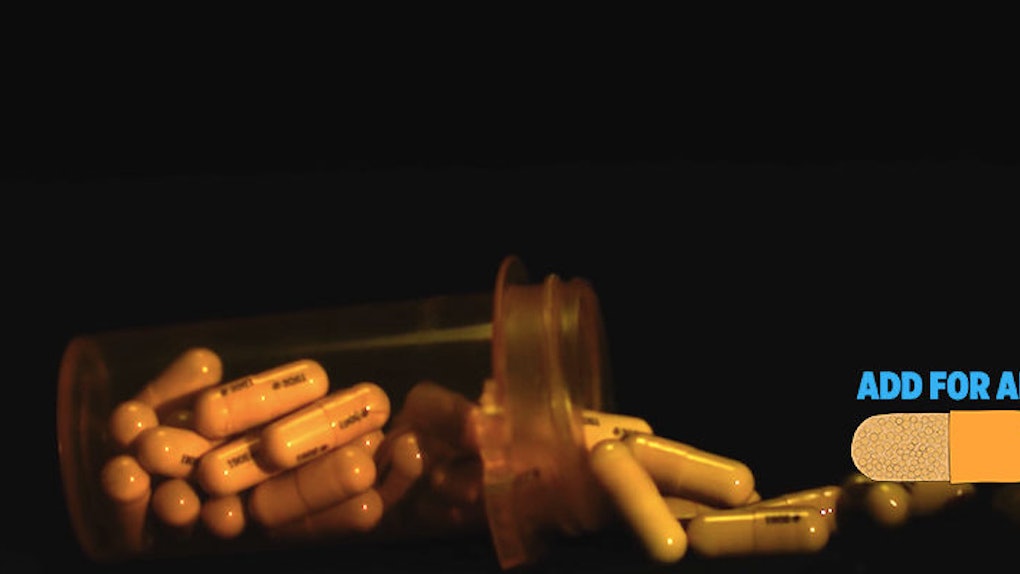 Why Adderall Is The Ultimate Gateway Drug

It is legal speed.

You can take it to stay up late while you're cramming for finals, or if you want to stay out drinking all night. It will keep you out and about and physically awake hours after you've reached the stage of being black-out drunk.

You can really sell it for whatever amount you want, depending on how desperate people are to get it.

So, for a drug that is meant to simply assist those diagnosed with ADD or ADHD, we've already crossed over the happy little Bridge of Horror that leads to drug dealing, eating disorders and alcoholic behavior.

But that's just the beginning.

Once someone who has taken Adderall recreationally becomes addicted, they could go to extreme lengths to get their hands on the drug.

From faking symptoms at a doctor's office to reaching for something more readily available, cheaper and consequentially far more dangerous, like meth, Adderall can completely take over the user's life.

While the survey that Elite Daily has done about millennials and their Adderall usage doesn't highlight the relationship between Adderall and meth addiction, that doesn't mean it isn't a real problem or that it doesn't exist.

In fact, the very first person I reached out to who I know in recovery mentioned that his addiction to meth started with snorting Ritalin when he was just 15 years old.

Jim*, who is now 35 and sober for six years, told me about his first time trying meth, saying,

I was 23, in the military. My coke dealer ran out of coke. Gave me a free vial of meth cause he felt bad. I never looked back.

The truth is that in spite of the lullabies sung by Big Pharma, methamphetamine (meth) and pharmaceutical amphetamine (one of the main ingredients in Adderall) are almost chemical siblings.

One of the differences between them is the methyl group, which allows the meth to race faster through the body and kick just a little harder.

After that, meth breaks down and metabolizes into good old amphetamine, which, as I stated before, is one of the main ingredients in America's leading ADHD drug and study aid, Adderall.

So essentially, after the initial high from meth wears off, you're consuming one of the same chemicals as you are when you take Adderall.

Otherwise, the two chemicals or drugs [amphetamine and methamphetamine] are almost identical in nature causing the same side effects, same dangers and same potential for overdose as well as the same risk of physical dependence and addiction.

Why, I wonder, was it so easy for me to find this correlation in real life, but so difficult to find on the great wide web of information that is the internet?

Why are there not more studies being done on the correlation between Adderall usage and meth addiction?

Could that possibly be because this information is being kept from people by the $9 billion a year that Big Pharma is making off the popular study drug alone?

These are the questions I hope we as a generation can find answers to sooner rather than later.

Disclaimer: This article is written from personal experience. I am not a doctor, and in no way do I propose these things will happen to you if you are taking Adderall.