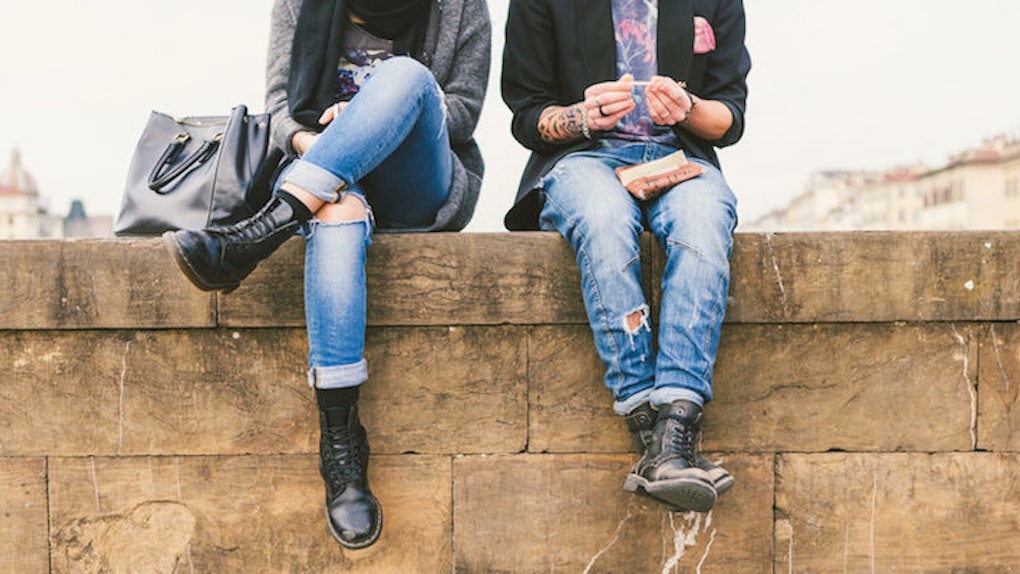 Every April 20, you can expect to find your regular gamut of "potheads," cannabis aficionados, casual smokers, canna-bros and industry experts gather at Hippie Hill in San Francisco's Golden Gate Park to celebrate all things weed for the biggest stoner holiday of the year, 420.

Legend has it, 420 started in the early '70s with just a few San Rafael high school kids meeting up at the same spot every afternoon to smoke some ganja. The term "420" grew to be a type of password helping fellow stoners identify one another in the underground cannabis scene.

The number marks not only the most visible day of the year for cannabis users, but it also represents a state of mind. While I'm just as passionate as the next person about legalizing cannabis in the US (and the rest of the world for that matter), I won't get into the politics of why we should all embrace it like any other natural supplement.

Instead, I want to hand it over to the most thoughtful cannabis advocates I met while joining in on the revelry in the Bay Area on Wednesday. I asked everyone the same question: Why do you think cannabis should be legalized?

Here's what they had to say.

Avi from the East Bay cites her grandmother's health as a reason for legalizing cannabis, saying,

My grandmother has Alzheimer's really bad. We gave her just the tiniest bit of weed and she was instantly so much calmer, more cognizant. To see that change happen for her makes me want everyone to experience the benefits, especially people who are in pain.

Jake had a simple, clear answer,

We can tax it. Use that money to pay for schools. Done.

There are so many more benefits for legalizing [as opposed to its current scheduling]. I mean, beyond getting high, you can use the cannabis plant -- the hemp -- to build so many things from roads and bridges to clothes. There's no limit to what you can do.

He also happened to be the best dressed person on Haight Street.

I found Brittany at a burlesque show in Oakland and had to ask her why she thought weed should be legal. She echoed Mikey's reasoning, saying,

There are just so many uses for it. I'm all for medical cannabis for sure because of its natural healing powers.

Turns out she had something else in common with our friend Mikey...

In retrospect, I should have asked her who got dressed first.

Bottom line, it's the compassionate choice.

What was most interesting to me about the feedback I received was the fact that no one cited "just getting high" as the reason they wanted to see cannabis legalized.

Everyone I talked to mentioned medicinal marijuana benefiting a loved one or contributing to the community as a whole instead of addressing their own recreational use.

Judging by the sheer number of people who came out to celebrate 420 on Wednesday, it's time to readjust the false, dated perception of cannabis users; that is, all they care about is getting high. If anything, cannabis users are likely more empathetic than your average Joe.

Taking all of that into consideration, isn't it about time we broke open the stoner cliché to be far more expansive? If we're slowly conditioning our culture to shirk stereotypes, shouldn't the same apply for the cannabis community? As the fight presses on for users and their allies looking to gain acknowledgement and acceptance, we can all do our part by keeping an open mind and embracing the diverse narratives behind cannabis use.