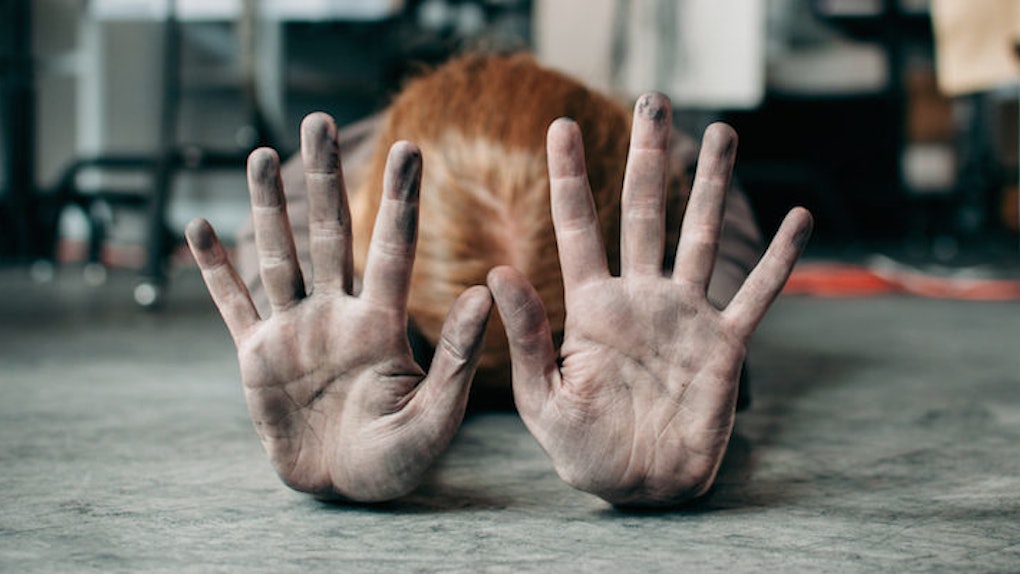 Creative people tend to get a bad rap. We're stereotyped as overly sensitive, too emotional or worse, pretentious. While these types of creative people exist, this stereotype excludes the fact that we are a lot tougher than we get credit for.

Every time we publish an article, share a painting or do stand-up, we run the risk of being told we suck. Sharing something you create with others is terrifying. You're telling others how you see the world and who you are.

Opening yourself up to the possibility of criticism takes courage, though. Making a statement is brave.

This negative criticism is the equivalent of a college class that weeds people out. The people who aren't passionate fall by the wayside.

The ability to take constructive criticism well is how people become good at what they love. It is how they learn their craft while establishing their own voice. Here are some things to remember when you're having trouble accepting criticism.

1. Only accept criticism from people you want to be like.

People who have the career you want know how to get there. Listen to what they have to say, ask questions and take their advice.

If someone hasn't successfully worked in your field, take his or her criticism with a grain of salt. People give advice that gets you where it got them.

While people are entitled to their own opinions, they are not entitled to your attention to those opinions. Unless someone is unbelievably rude, thank them for taking the time to look at your work and disregard everything they just told you.

2. Abandon the idea that everyone will like what you do.

Not everyone you meet will like you, and they won't like your art, either. That is completely OK. Ultimately, you're the one who has to be happy with what you do.

Art is personal, but ultimately you do what you love because you love it, not for approval. Don't worry about waiting for feedback before stating your next endeavor. Just keep creating.

If you create enough, you won't even like everything you do. Most people only show others a fraction of what they produce.

3. Know what you're trying to accomplish.

It's a lot easier to accept criticism when you know the purpose of a piece. Use criticism to determine if you've accomplished that.

When your end goal is the bigger picture — such as what emotions it evokes in people — it feels less personal when the mechanics are criticized. Most people aren't insulting what you're attempting to say; they're telling you how to convey it to people. If you aren't accomplishing what you want, you need someone to be honest and tell you that.

If you calmly, politely and genuinely ask the person to explain, he or she usually will. Be the person who listens. If you like the advice, take it. Suggest new approaches and get the person's opinion.

Discussing new approaches and talking openly and honestly with someone about your art gives you new ideas. Have a strong enough voice and sense of who you are that you can collaborate with someone without losing your essence.

5. Learn the rules of your craft.

Creative people are naturally inclined to break the rules. However, this is one of those times that learning the rules and using them effectively is a good idea.

There are certain things that just work and have worked for hundreds of years. You're doing yourself a disservice if you don't even know what they are.

Don't be the person who doesn't follow the rules of your craft out of laziness because it rarely bodes well. Besides, you'll break the rules better if you know what they are.

6. Realize that raw talent only takes you so far.

There will always be people who are naturally talented, and you may even be one of those people. Most successful people work for what they have, though.

If you want to get better at what you love, listen to the people who are more talented than you. They were once the person asking for advice.

7. Don't lose your voice; cultivate it.

Shape it, develop and strengthen it, but never lose your voice. It may change as you get older, but if you have something to say, say it and say it well.

Ultimately, all this advice and criticism is to help you say what you want to say in the best way possible. Find your niche, be bold and when you create something, put a piece of yourself in it. Leaving your mark on the world means showing people who you are.