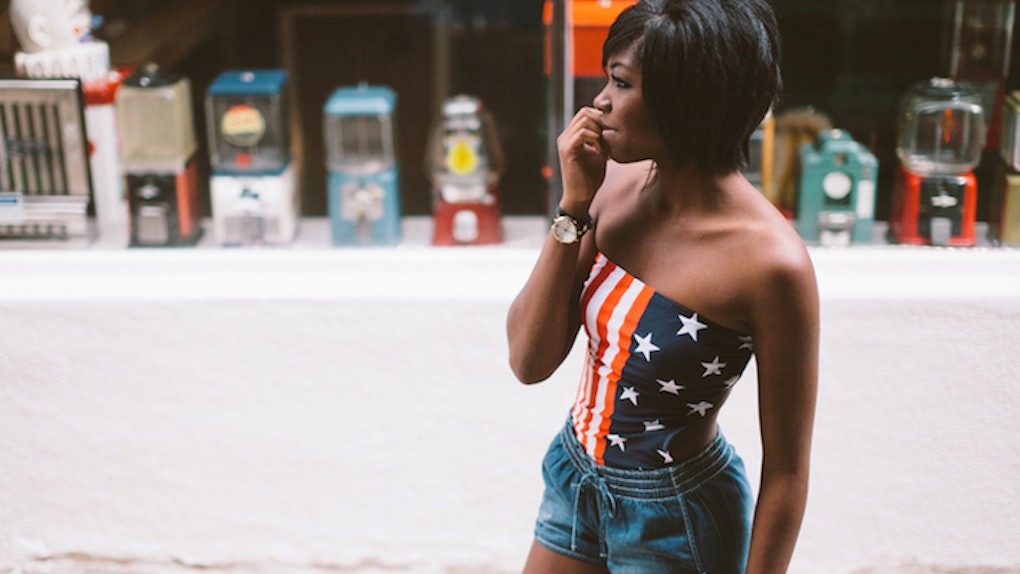 Those born under the sign of Scorpio (October 23 - November 21) are those who originate from the underworld of Pluto with a pitstop to the fiery Mars as they make their way into this world.

You will easily recognize one of us (yes, that includes yours truly) by our starry gaze, our fluid, unforced movements and that air of magnetism that gets people's hearts racing and their blood flowing. This type of presence is either greeted by sexual attraction or fierce resistance.

Indeed, we Scorpio folk are a polarizing sign. Which is funny because we err on the subtle spoken side and rather than engaging in banter, we allow our natural body language to do all the talking.

However, when we speak, whatever is said rarely goes unremembered.

For better or for worse, people tend to get mixed messages from Scorpios because we are such sideways communicators with many personality contradictions.

Here are the seven most common misconceptions about Scorpios:

Scorpios only commit themselves to people they're dating when they know they can fully trust them. If you're someone who likes to date around casually, simply just be upfront about what you're doing so that we'll know what we're signing up for.

When you try to bullshit us by offering fictitious monogamy and then go behind our backs, you will see our jealous side because we'll feel betrayed.

We're the natural detective of the zodiac signs, so we read people very well with an almost psychic intuition. Don't be shocked if we start asking you questions about your personal life. It's because we're curious about the nuances of human nature in all of its complexity.

We also have to work very hard for what we earn. In that regard, we like to make sure our belongings are well taken care of and returned in the same condition. As long as you show respect, we'll be generous in return.

We tend to have a monotonous decibel in our voice where the influx doesn't change much. This can make us sound very cold or "matter of fact."

If you confide in us, we'll most likely give that tough love sort of advice that may not be what you want to hear, but what you need to hear. You need to have a backbone to appreciate the opinion of a Scorpio, otherwise you may feel taken aback or even offended.

We're always in search of truth, and the truth can be brutal and difficult to cope with, but we'd rather have to deal with a harsh reality than a fluffed up delusion.

If you hurt or harm us in a malicious (or intentional) way, be prepared to face the consequences. This aspect of our notorious vengeance is true. However, we can take a pun aimed at us or laugh at ourselves if we make mistakes.

A Scorpio who has reached a state of maturity is already aware of their polarizing effect on people. They realize in advance that some people will just dislike them right off the bat for no particular reason. We can handle that kind of pettiness.

However, if you do serious damage or sabotage us (especially if it's our career), then hell hath no mercy on you.

The eighth house in astrology is the house of death, which rules Scorpio. However, it also rules rebirth, transformation and renewal. Scorpios know more than any other sign that death is a part of life and nobody is an exception to that.

No matter how challenging life can be, we believe in survival and part of survival is sometimes abandoning sources of negative energy. Because we're so comfortable with the idea of death, we don't like to hold onto "dead" aspects of our lives (like dead-end relationships or dead-end jobs).

We know that there are always opportunities on the horizon and we bask in the glory of a beautiful rebirth.

However, Scorpios often do love crime and horror movies, or anything with a dark genre. If you are the type that likes a thrill out of fear, then consider dating a Scorpio.

We use our potent sexuality to attract potential partners. (Or hell, to even attract discounts with salespeople for the BMW we've been eyeing.)

Sometimes, we'll use it merely as a means to get what we want with no intention of ever sleeping with that person. That said, sex to us is never superficial. In fact, it's a spiritual experience for us, so we'd rather have it with someone that we're in love with.

We're not very keen on one-night stands, but we might have them if we've been through a long enough dry spell (usually that's a last resort).

We're passionate and independent people. We have our life goals down to a T and we're determined to achieve them no matter what it takes. If someone stands in our way, we have no qualms about maneuvering past them unconcerned about the resentment it may cause.

You are either going to help us achieve our dreams or you're just another distraction in our lives. We want to manage our own destinies and we admire those who posses the same ambitious spirit. In fact, meeting someone who has control over their own lives is a huge turn-on.