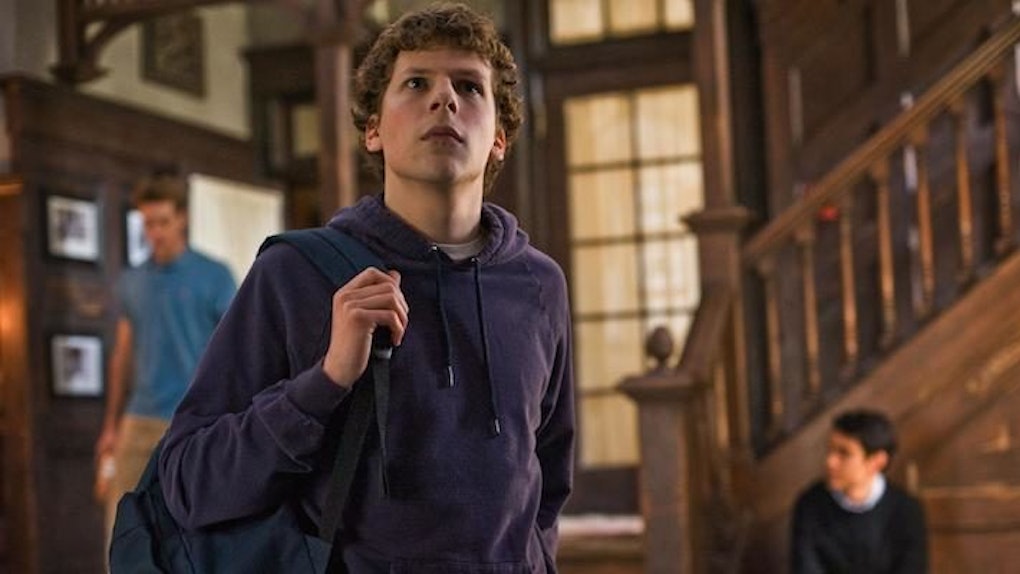 Maybe it was being asked over Christmas dinner what I wanted to do with my life, or maybe it was talking to friends from home with majors that flow logically into a career path.

Maybe it was the regrettable decision to read the Forbes list of majors with the highest starting salaries.

Maybe it was my mom randomly bringing up how much I used to like building with Legos.

These moments left me feeling the need to overcompensate by saying, “I can do anything I want with this!” My major, that is.

“I have no idea what I want to do with this.”

During an interminable car ride, I found myself momentarily entertaining the idea that, maybe, I should have studied engineering instead of the chaotic combination of English and social policy.

This thought was ridiculous -- and also slightly alarming, for a few reasons.

First of all, my academic abilities do not exactly span the spectrum from math, to science, to foreign language, to the humanities. I did have a knack for basic algebra, but once triangles, graphs and logic got involved... well, let’s just say tutoring bills add up.

“But maybe I just wasn’t being taught in the right way? Maybe that B I got in physics was just a fluke?” I thought to myself, as we drove by a billboard for an online university.

What's more likely is I’m just not particularly good at math and science.

Which brings me to my second point: the fact that I am blatantly not a math/science person.

Why the f*ck was I thinking about switching to engineering?

I was a college student in an existential panic.

Sure, science is cool, technology is the future and it’s nice to have a basic understanding of the elements and forces that make up the world we live in.

But it was hard to take that perspective after getting back a calc test with a number in the 60s or 70s written in the corner.

In my English and social studies classes, however, I was that student whose hand was always raised a little too high and a little too often.

The one who eagerly anticipated the book we were going to be assigned next, and inevitably read 100 pages ahead.

You know, the one you probably hated.

Not to mention the fact I transferred just so I would be able to study more of the literature, sociology and education that I am truly interested in (the irony doesn't escape me that I'm talking about this dilemma through writing).

The problem is not that I don’t love what I’m studying, but rather the fear that maybe there’s a major out there I would love more, or would lead to a happier life.

Call it too much opportunity.

Call it what you will, but I figured I couldn’t possibly be the only one who occasionally had these semi-irrational thoughts, so I asked my friends to tell me theirs.

Here's what they had to say about the majors they left behind, and all the irrational thoughts they had while choosing a major:

"When I was at my pediatrician over Thanksgiving, he reminded me of my childhood dream to be a doctor, and told me it wasn’t too late. The pre-med ghost still haunts me as I suffer through my fourth research paper of the semester." -- Solange, sociology “I didn’t even cringe that time on 'Grey’s Anatomy' when McDreamy had to pull a piece of glass out of someone’s eyeball. I could totally be a surgeon." -- Lauren, English

“I realized in the middle of a voice performance in which I was playing a man, that maybe I wanted to study psych instead." -- Megan, voice

“I read books all the time, so like, why couldn't I be an author?” -- Julia, chemistry

“Whenever I hear about outer space I think to myself, 'Wow I would really love to study that,' but that’s not very practical, so instead I made my dorm room space themed and called it a day.” -- Sarah, art history

“I recently decided that I’m going to take the LSAT as a sort of 'backup plan' in case I want to go to law school (since I always wanted to be a lawyer), even though it has nothing to do with my major." -- Jillian, interdisciplinary studies

“If I were good at math, I would definitely be studying astrophysics.” -- Sam, journalism “I considered switching my major from international security to geology…and then I got a 56 on my earth sciences final." -- Margo, international security “They pulled up a graph and I walked out of the class." -- Alex, English “I almost changed my major to economics, until I actually took an econ class and wanted to gouge my eyes out with a fork." -- Abby, political science

7. And Finally: The Angsty Millennial

"Three or four times a month, I’ll get the urge to drop everything, move to Brooklyn, get a job bussing at a restaurant, share an apartment with four other twenty-somethings and write poetry.” -- Caroline, global ethics

I still have no f*cking clue what I'm going to do with my English and social policy majors, and I'll probably always wonder what it's like to be in a major that guarantees a career.

But hey, I still have time for more car rides with mom to figure out where I'm going.