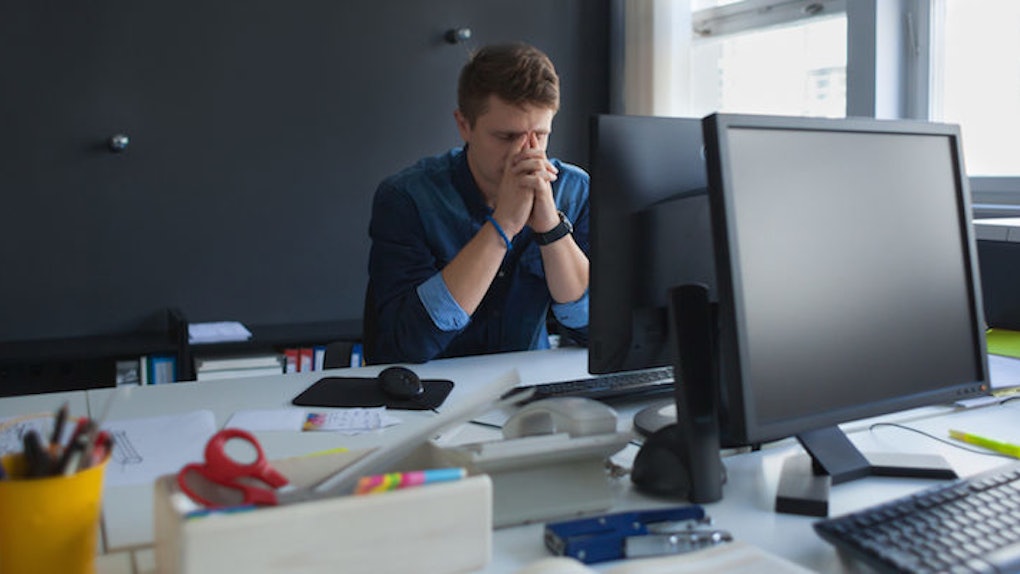 Talking about death is uncomfortable. I get it. It's hard to know what to say, and being afraid of saying the wrong thing might keep you from saying anything at all.

You're probably comfortable with showing up at your friend's house when something goes wrong, but what's appropriate in a professional relationship? I can tell you from experience, kind words are appreciated and can make a big difference.

When a co-worker is grieving, here's what to avoid saying, along a few friendly alternatives:

This is said with the best intentions, but is ultimately not very helpful. Grieving people aren't making to-do lists of what will make their lives easier. And even if they are, they likely don't have the energy or courage to ask.

"Let's grab a drink or coffee after work tomorrow."

"Don't bring lunch tomorrow; I'm going to bring you something. Do you like pasta?"

Obviously, if you aren't close and you aren't willing to do anything, then don't offer anything. A simple, “I'm thinking of you and keeping you in my thoughts,” is always welcome.

One of my best friends passed away the summer after college. I was in the middle of training for the Teach For America program, 3,000 miles from home and surrounded by people I didn't really know (and a handful of people I didn't even like). A new friend left a cookie on my desk, along with a quick note. I can't put into words how much I appreciated the gesture.

Uncomfortable saying something in person? Leave it in a note. Do a coffee run every morning? Bring the person a Mocha Frappuccino and a pastry. The point is, take the initiative and be thoughtful.

This is a very normal thing to be curious about, but a painful question to answer. Usually, that's the last thing people grieving wants to think about. Unless they bring it up themselves, or the two of you are very close, avoid asking these two questions.

"Are you going to be able to make the funeral?"

"How did you know each other?"

"Are you going to be able to take a few days off?"

Asking about the funeral will give you a good idea of the support people may need. Do they need a ride to the airport? Do they need someone to cover the weekly newsletter? If they're drowning in their work, you might just be able to take something off their hands.

Asking how they knew each other opens the door for your co-worker to say more if he or she would like to. One of my friend's elementary school teachers came to his funeral. She shared that she never had kids of her own, but if she had, she would've wanted a child like him. That's what I like sharing with someone who never had the pleasure of knowing him. It gives you a glimpse of how great of a person he was. And for me, that's therapeutic.

Please don't say this. Just don't. Someone religious may take comfort in this when a loved one dies of old age, but the risk of the pain it can induce isn't worth the risk. At the very end of his life, my grandfather was in a lot of pain, to the point where we were relieved when he passed.

I love him and am sad he's no longer with us, but I've accepted that the death of a grandparent is something everyone experiences. It's a normal part of life.

"Take all the time you need."

"This must be a really difficult time. Hang in there."

"How are you feeling?"

Pretty much anything except, "They'd want you to be happy."

Losing a battle to cancer at 26 or dying in a car crash at 19 isn't normal. My best friend losing her mom fresh out of college wasn't normal. At her funeral, her son (my friend's brother) spoke and said there were so many things he wished he'd asked her, including, “How did she know that Dad was 'the one?'" Thinking about it still brings me to tears, years later.

Encouraging people to “look at the bright side” inadvertently is dismissive of the pain they're feeling. And trust me, that pain is very real. Of course loved ones want their near and dear to be happy after their passing, but getting there will happen in its own time. And honestly, you never really "get over it." You learn to cope.

It might be that you want to leave it at, “I'm thinking of you." If that's all you're comfortable with, that's perfectly acceptable. When co-workers are also your friends, or you have a more personal relationship, you may want to go a little deeper.

There isn't anything you can say that's truly “wrong." Saying something is better than saying nothing at all. Anyone can recognize you had good intentions. I've found the above is more helpful. All relationships are give and take, and people definitely remember what you give when they needed it the most.