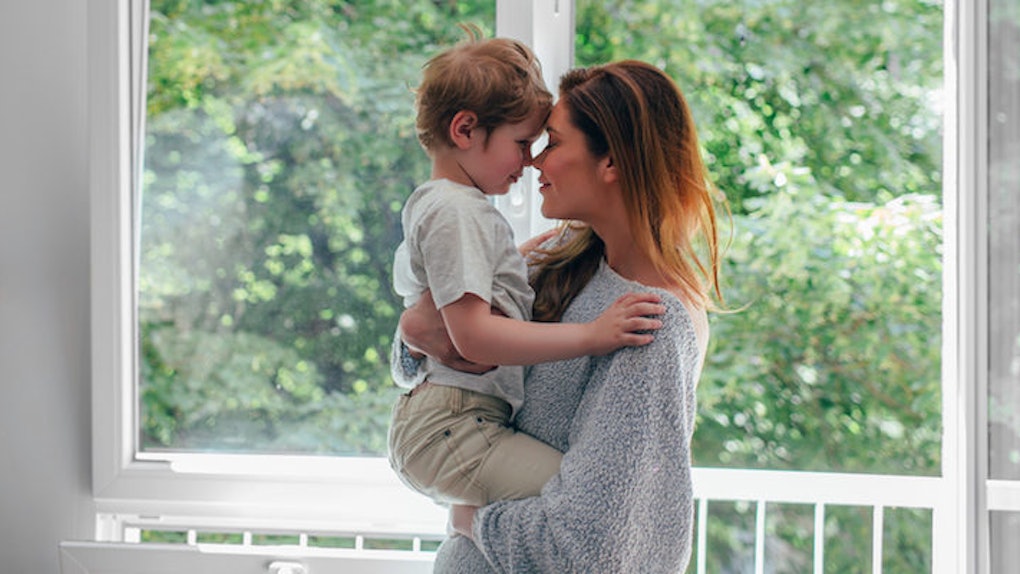 I grew up during 9/11. I remember exactly where I was the moment it happened. I remember parents pulling their kids from school and every television network playing those unforgettable images on loop for weeks.

The country was in a state of panic. But I was 11, and the concept of loss, mass hysteria and terrorism were confusing. My generation grew up in a world that was trying to fight off terror, and we were just trying to make sense of it all.

We grew up thinking homosexuality was taboo, and we freaked out when Madonna and Britney shared a kiss at the VMAs. We grew up believing every person we met on the internet was a sexual predator. We were surrounded by policy brutality and political movements. We lived in scrutiny and constant fear over things out of our control.

We grew up as innocent kids and transformed into cynical adults. And to be honest, there was a part of me that wondered if even having a child was worth it.

Our generation has soaked up so much information because of our reliance on technological advancements. The communication highway provides us with wonderful information and funny cat videos, but it also means everything going on in the world is accessible at our fingertips.

We're flooded with murder, fear, rape and all of these other horrible things because they're now factors in our daily culture. And while these things are completely horrific and unacceptable, we've come to a point where we've accepted this is the way world works, and effective change is still far-off.

The thought of bringing children into a world where they need to worry about walking down the halls of their middle school scares me because I didn't have that same fear growing up. Yes, of course we lived through tragedies, but those devastating occurrences seemed so far away.

Except, it doesn't. In a world so driven by hate, what the world needs is much more innocence.

Your child or my child could be the answer to what this world needs. Who knows? Maybe my daughter will one day run for senator. Maybe your son could be the one who stands up for the right thing and becomes the salvation for another person who hasn't even been born yet.

At the core of it all, though, there will be a multitude of reasons for why we shouldn't do something, whether it's fear, loss or insecurities. But, that doesn't mean we shouldn't pursue them.

The decision to become a mother is paved with fears, and I'll always want to protect my children from anything and everything. I'll want instill in them the feeling of safety and security they deserve to have.

But, this journey to parenthood is also paved with the knowledge I can instill in them the feeling of loyalty and compassion for those around them. I can inspire them to help others whenever they can, to go out of their way in even the slightest manner and to be bigger than what I, their father or society wants of them.

After all, hope lies not with the next generation, but with the current one. We need to make a difference, be open and love even when it makes us uncomfortable. That way, our children will be the generation that changes things.