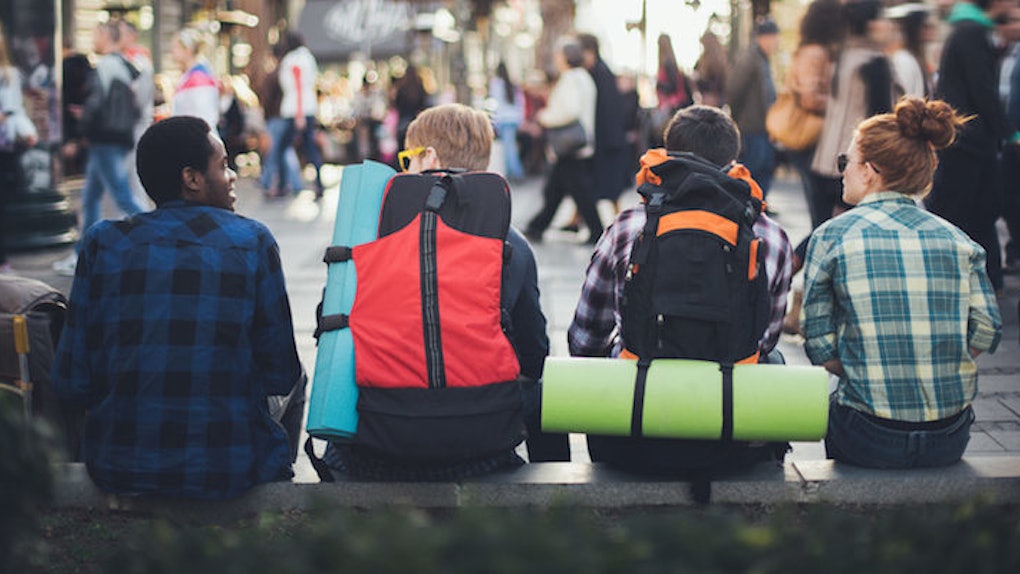 6 Reasons Capricorns Are The Best Travel Partners In The Zodiac

Before you decide to explore the world, you have to search for the perfect travel companion who will make all the difference.

Not all friends are best to go on adventures with.

Capricorns are practical, serious and patient, and these personality traits translate well when traveling.

Travel is a world of spontaneity, and you'll find yourself in all sorts of situations abroad.

But. Capricorns still know how to have fun in any situation.

Don't assume Capricorns are serious all the time; they definitely know how to have a good time.

If you choose a Capricorn to jaunt to a new city, you're making the right choice.

Here are six reasons why you should make a Capricorn your travel companion:

People think Capricorns aren't dreamers, but when they have a goal in mind, it's game over.

Once these ambitious sea-goats set their minds on something, you know it will get done.

Capricorns will encourage you to save money for your next destination.

You'll find yourself on the flight to elsewhere sooner than you think because if the Capricorn wants to travel, he or she will always make it happen.

This is key while traveling.

They know how to make their money go far, which is awesome for budget traveling.

They can scour the Internet for the best flight deals, know the cheap, local hot spots and have already read a million travel books on how to haggle with someone at the Grand Bazaar in Istanbul.

If you're short on money, the Capricorn already knows about ways to make more money while on the road (though he or she wouldn't dare mess up the budget).

3. Capricorns are ready for anything.

You need someone who can roll with the punches.

At some point during your trip with a Capricorn, you will appreciate how organized he or she is.

With travel, expect some last-minute hiccups.

The practicality of Capricorns comes in handy when flights are missed, wallets are lost or hostels aren't booked.

They're great at coming up with quick solutions to every travel issue.

By the time you're done panicking about the next step is, the Capricorn has solved the problem.

Looking to connect with locals? The Capricorn traveler is all about that.

While abroad, he or she will revel in local foods and culture.

For Capricorns, nothing is more enjoyable than getting to know a cool tradition.

Running with bulls? Samba in Brazil?

They are ready to engage in the local community of wherever you end up because they believe that's all part of the experience.

5. Capricorns are confident and independent.

As much as they are OK with doing things together, they are also willing to separate.

They believe in doing their own thing.

They will probably have a list of things they want to do on a trip, so don't worry about veering off on your own.

Instead, they will be excited about traversing around a city alone.

Though known as the most serious of all the zodiac signs, Capricorns have one secret super talent: they are hilarious.

When sh*t goes down, you want someone who can turn a bad situation around.

They are super social and are able to adapt to any situation.

They will be the first to crack a joke about how they said, "Where's the brothel?" instead of "Where's the bathroom?" to the man in Germany.

You can't go wrong with a Capricorn as your travel companion.

A Capricorn's determination will get you to those far off places you've been dreaming about.

Make a goal, and the Capricorn will see it through.

Get ready for the best adventure yet.