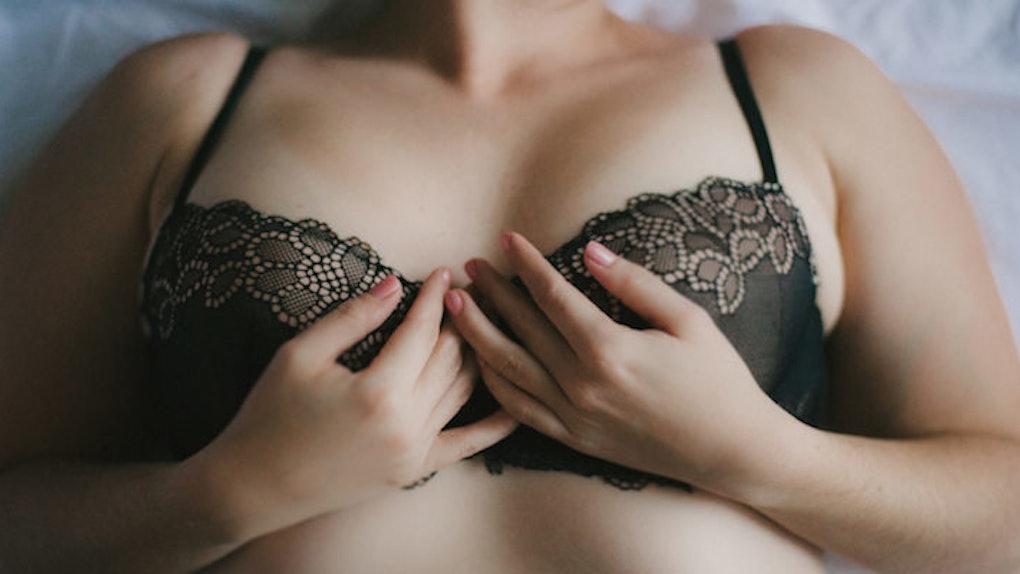 Just once, I'd love to read a positive breast augmentation story, something that celebrates a woman making her own choices about her body.

The Internet is filled with negative stories about boob jobs, evoking fear in others and creating an unrealistic view on what the experience is actually like:

The people who write about breast implants and botched surgeries aren't the ones who have experienced the procedure firsthand.

Instead, they have watched mind-numbing documentaries or given in to clickbait.

I know this because I used to be one of them.

When I was 16 years old, I knew my body had reached its optimum peak.

I was tall, and I had limbs for days, Beyoncé hips and a flat-as-a-tack chest.

I have two older sisters who, at this stage, were rocking C and D cups while I was struggling to find a reason to even own a bra.

I would bring this up jokingly at home.

My mom would always reassure me that hers didn't develop until she was at least 21 or 22.

So, I held on for a few more years in the hopes that one day soon, the top would match the bottom.

When my 22nd birthday rolled around, I realized I was still buying bulk chicken fillets and push-up bras.

It dawned on me that the phrase "once a flattie, always a flattie" applied directly to me.

It was never an insecurity, but big breasts were something I had always wanted.

I wanted something that defined me as a woman.

The most important thing to me was that I was doing this for myself.

I began my research, Googling every surgeon and review in Sydney.

I went to six different surgeons, telling each of them the size I wanted.

It wasn't until the last one that I settled on a surgeon.

I built up the courage to tell my mom, and then, it was all booked in.

I'm not saying it was a walk in the park.

The procedure was excruciatingly painful, and I couldn't take care of myself without my mom's help for a week.

Once the initial swelling had gone down, I could finally look down at my chest and view myself as a complete woman.

The best feeling was knowing I had saved up for it myself.

I'd done my research, and everything was on my terms. This was my thing.

The first few months of people noticing was a bit overwhelming.

Of course, with anything you view as positive about yourself, others will find a reason to judge.

For me, I just had to remember what was important.

It didn't matter what others thought or said.

I have had nothing but positive comments for the past two years.

I am always open to questions from those who are genuinely interested in the procedure or how it all came together.

To those who have opinions on what others do to their own bodies, I say this: When you buy an expensive dress or get your hair and nails done, why do you do it?

Because it makes you happy.

We should be able to define our own happiness.

If that means adding a bit of extra luggage up top, who are others to judge?

Define your own happiness.

I made a promise to myself from the start that I would never let my chest define me, and it hasn't.

It's simply a bonus feature, but it can't capture who I am as a person.

Now that it's been nearly three years, unless you're staring at them naked, most people don't even notice.

They have settled in enough now that they're just a part of me.

I wouldn't change a thing.