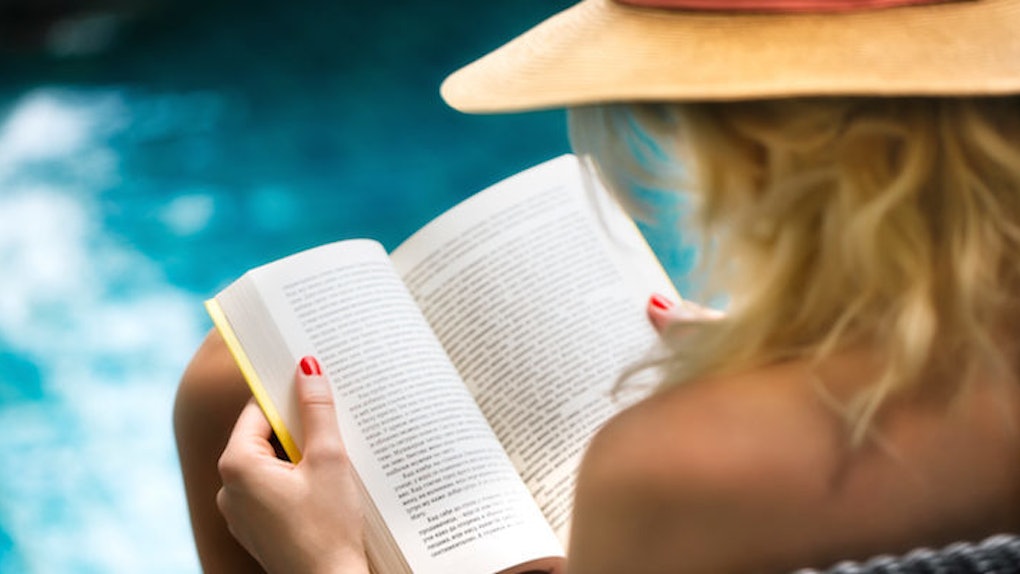 With every January 1, we think up lofty aspirations to achieve in the new year. We'll lose 10 pounds, sleep eight hours every night, cook a week's worth of lunches each Sunday.

These resolutions are intended to improve your physical well-being -- but what about your mental well-being?

This year, I challenge you to read five new books for yourself.

Compared to your Lit syllabus this may seem small, but just like dropping a few pounds, reading a new book takes more effort than you think. It's easy to get distracted with Netflix, video games, refreshing your Twitter timeline and chilling.

So take just 10 minutes every day -- before you go to sleep, while you're on the train going to work or while you're waiting on line at Starbucks -- and read a little.

I asked five of the smartest, most influential modern authors to suggest the books they think Millennials should resolve to read in 2016. This is what they said.

McBee wrote the gorgeous memoir "Man Alive" about making a physical transition as a trans man.

He has written on masculinity and gender in Pacific Standard and The Rumpus -- powerful essays you should check out between books.

McBee said in 2016 you should read Truman Capote's "In Cold Blood":

Because when a queer man goes to Kansas (with his friend, the powerhouse Harper Lee) in the 1960s to investigate the murder of a family in 1959, what happens is the innovation of form. I love 'In Cold Blood' for its proof that reportage can be literary and humanizing, especially at the hands of a man marked a cultural outsider.

Gay rose to national prominence with "Bad Feminist," a collection of essays, and the novel "An Untamed State."

Her essays and articles across publications speak brilliant truths about race and gender.

Hamid is a Pakistani writer who wrote the awesome novels "Moth Smoke," "The Reluctant Fundamentalist" and "How to Get Filthy Rich in Rising Asia."

He also published "Discontent and Its Civilizations," a great collection of articles about interactions between the Middle East and the West from his time in New York, London and Lahore.

Hamid thinks you should read Albert Camus' classic novel "The Stranger" and Kamel Daoud's "The Meursault Investigation," which serves as a fictional companion to "The Stranger."

He says it will be especially significant if you want to understand some of the dynamics between the West and the Middle East.

In 2015, Jefferson wrote "Negroland," a truly beautiful memoir-hybrid about growing up in the black upper middle class in the 50s and 60s.

Each page of "Negroland" made me shiver it was so astoundingly written -- and I promise I'm not just saying that because I was lucky enough to have had Jefferson as a professor.

In 2016, she suggests you resolve to read "Autobiography of a Wardrobe" by Elizabeth Kendall, saying:

Imagine a world where your clothes could think, feel and speak; examine your aesthetics and your character with grace and aplomb. That's what this fantasy memoir does.

She also believes you should read Adrienne Kennedy's "People Who Led to My Plays":

A collage, a scrapbook, a dialogue between words and images: In sum, a portrait of the artist as a young woman.

Díaz, a Dominican American writer, wrote "The Brief Wondrous Life of Oscar Wao" and the fantastic short-story collections "Drown" and "This Is How You Lose Her."

His writing is about growing up Dominican in New Jersey, discussing race, masculinity and family.

Díaz suggests in 2016 you read "White Girls" by Hilton Als, "The God of Small Things" by Arundhati Roy and "The Farming of Bones" by Edwidge Danticat.

So there you have it, now get reading!