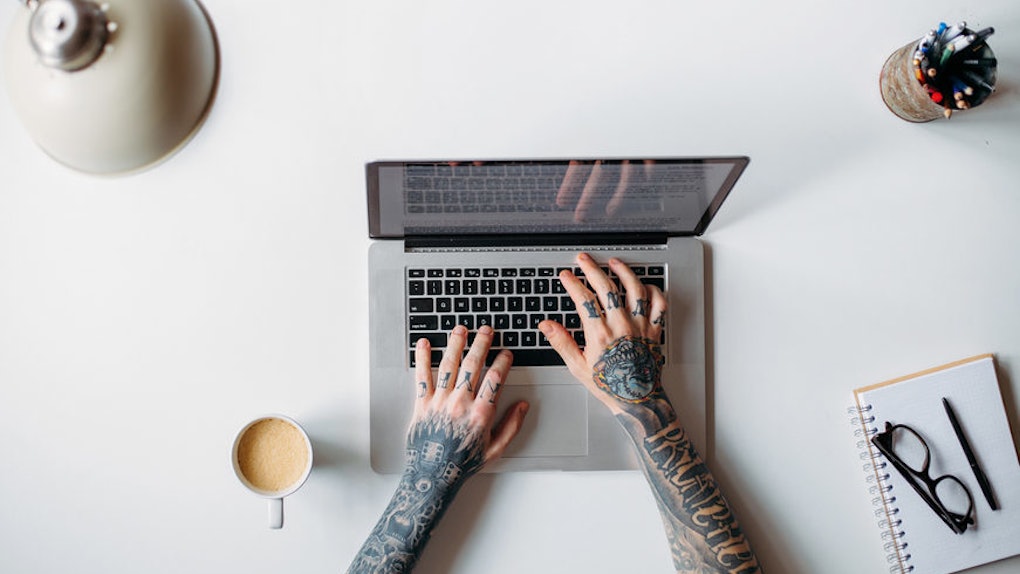 As a kid, I always strived to live up to my family’s high expectations. I brought home report cards that would make them proud, went to bed on time and rarely broke the rules. I thought I could be happy by making my loved ones proud of me, and this faulty cycle repeated itself well into my teens.

I'm sure a lot of you can relate.

When you put yourself last, it becomes difficult to remember the person buried beneath all those layers of expectations. Through this unhealthy pattern, I lost sight of myself. Who was I beyond the person everyone wanted me to be?

In my 20s, I finally let go and embraced a more carefree view of life. I stopped following the strict rules that had been set out for me and I let loose. I allowed myself to dress how I liked, watch what I liked and do what I liked.

This meant getting my nose pierced.

It seems silly now, but I was terrified as my best friend tugged me into the exceptionally clean tattoo parlor. I'd never done anything even remotely reckless before, but making a hole in my face seemed like as good a place as any to start.

I felt great, despite the throbbing in my nose. I looked in the mirror when I got home, and felt like I had taken a large step toward a more honest version of myself.

I learned almost instantly that the stigma associated with body art still exists, especially in the workplace. Everyone knows tattoos and piercings aren't widely accepted in the corporate world, but I assumed we'd come a long way from the old-fashioned belief that body art is bad, especially with its rise in popularity.

Here's why I was wrong:

1. Everywhere you turn, doors will close.

Forget your killer résumé. People will simply assume you're not professional because of a choice you made in your personal life. Some employers will even go as far as to not consider you for a job, after a little Googling gives away the fact you have body art.

And if you do get the job, you'll probably have to hide it.

I'm lucky enough to work at a place that allows me to wear my stud, but many other people aren't. Is it even worth it to get a piercing, only to have to take it out every time you go to work? Is it worth it to get a tattoo on your arm if it means having to wear long sleeves, even in the summer?

2. People will judge you.

Even the nicest people will make assumptions based on your appearance. Ever hear of not judging a book by its cover? That sentiment flies right out the window.

Once I was at the dentist, and the technician very rudely told me to take my stud out. I said I couldn't because it would close up, as it was new.

Then, he said, "Man. I just don't get women and the things they do for fashion."

It took a lot of patience on my part not to snap.

3. You'll have to hide it to be taken seriously.

If you have an interview, you're expected to pretend like you don't have any body art. If you have tattoos, that means long-sleeved shirts and body makeup. If you have piercings, that means either removing them entirely or getting really creative with Band-Aids.

I had an interview two weeks after I had gotten my nose pierced. I was forced to take it out and replace it with a clear stud for the occasion, rather than risk not being taken seriously.

Spoiler: I didn't get the job, but I did get an infection.

But don't be discouraged.

In the end, it doesn't matter what anyone else thinks. If an employer shames you for your appearance, do you really want to work there anyway?

Probably not. Forty hours a week is too much time to spend hiding yourself.

I've already decided I've wasted too much time trying to fit myself neatly into an uncomfortable little box of standards. Life is short, and you have to do what makes you happy.

If you want body art, it's worth the risk. Do it for you.