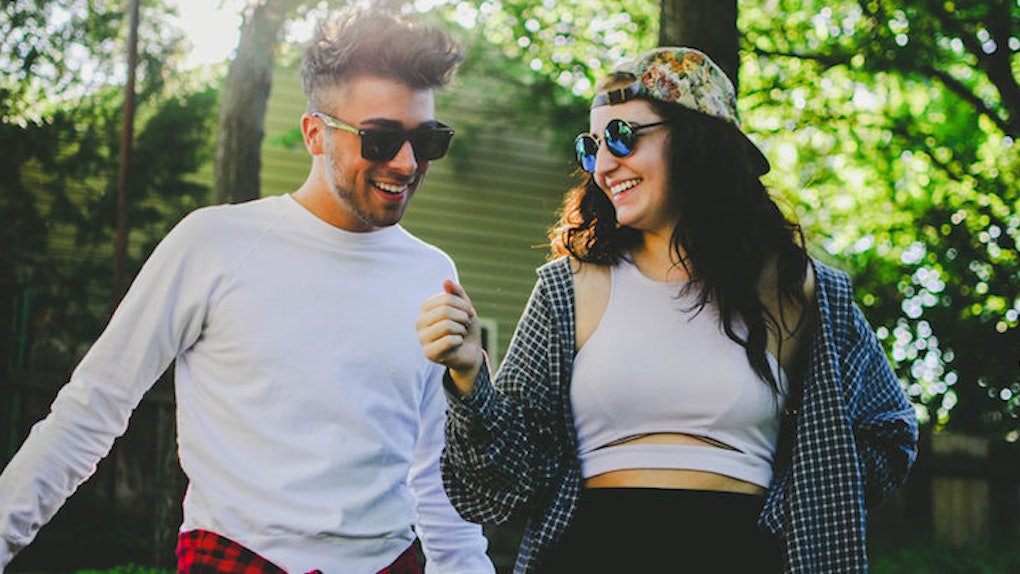 For many guys, having a girlfriend is an incredible thing. I could make a list of all the reasons why, but today, we're going to talk about having a strictly platonic female best friend.

Here are the reasons why it can be so much better than having a girlfriend:

Without a doubt, any girlfriend is bound to turn into a little green-eyed monster every now and then.

Some may make it into a big ordeal, while others know how to casually bring up the topic. Either way, jealousy is not something men want to deal with.

If you have a female best friend, you don’t have to worry about liking another woman’s Instagram photo or having a female friend like yours.

If anything, we female best friends are rooting for you, and hoping that attractive woman likes and/or comments on your pictures.

Who is better to give female advice than a woman? Correct answer: no one. Sure, men have guy friends they can talk to, but what do they really know?

Having a female best friend means you can talk to her about all your problems, and she’ll tell you whether or not you’re doing something right.

She’ll also be able to tell you if that woman you’re talking to is into you or just using you.

Best friends want to see each other happy, so men undoubtedly can count on their female best friends to help them make the right decision when it comes to their romantic relationships.

All guys have that one best friend they have a bromance with. But let’s face it: Guys are selfish and aren’t very good listeners. Having a female best friend means she’ll be there to comfort you when you get rejected.

Sure, male best friends will try to make you feel better by distracting you with hours of Xbox, but a female best friend will actually listen to how you're feeling without judgement.

4. You can drunk text/call them

It doesn’t matter who you are; you know you’ve been on either end of drunk texts or calls. If you have a female best friend, she’s probably your go-to person for this.

It doesn’t matter what you say to her while you’re under the influence because you know she’ll just call you back in the morning to check in, or she’ll be at your door with Advil and coffee to help get over your massive hangover.

Or, she’ll just send you screenshots of your messages to help you remember the events of the night, and remind you not to get as hammered the next weekend.

5. You don’t have to worry about not texting back

Some women can be very clingy if you don’t text back within a minute. They start to panic, and end up blowing up your phone with texts asking where you are, what you’re doing and why you don’t have time for her.

If you’re lucky, you’ll end up with one missed call instead of 20.

With a female best friend, you don’t have to worry about any of that. She gets you’re not attached to your phone, and you might be in the middle of a Super Smash Brothers game with your friends.

There’s no need to feel responsible for texting or calling back as soon as you possibly can because best friends have faith in each other.

At some point, they've also learned they’re practically irreplaceable (even when you get a girlfriend).

6. You don’t have to hide your guilty pleasures

Do you really love Taylor Swift, adorable cat videos or other “girly” things? Well, that’s okay because your female best friend won’t think any less of you.

Whatever weird or silly thing that helps you pass time or cheers you up, you know you can always be yourself around her.

There’s no judgment in platonic relationships. So, go ahead and blast Spice Girls because your female best friend will probably be right behind you, singing along.

Or, she’ll have her headphones in because you’re probably tone deaf, and she’s tired of hearing “Wannabe” for the ninth time that day.