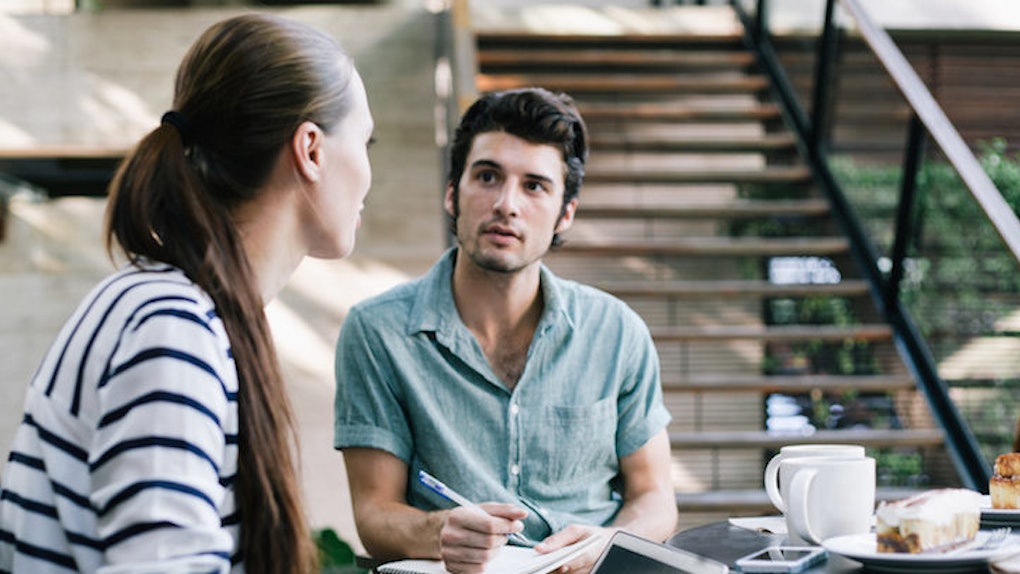 Know Yourself: Why Taking Advice From Others Is Getting You Nowhere

Let's face it: We're a society of dependent people.

We value being connected, and we fear the thought of "unplugging." The idea of missing out on something is so prevalent (and terrifying) that it's even earned its own hashtag: #FOMO.

We're all guilty of this, myself included. I rarely leave the house without a fully-charged phone battery, and my charger tucked away in my purse, just in case.

We love sharing things with the world. No moment is too insignificant to Instagram, no thought is too risque to Tweet. Validation comes from the likes and the comments we receive. Respite comes from the fact people can relate to us.

It's no surprise then, amidst the 200-second Snapchat stories and the 140 characters, we constantly find ourselves asking those around us for advice. Family, friends, coworkers, even strangers on the Internet: We consult them all.

There's solace in the fact that people can relate to you. When you're having a sh*tty day or facing a tough situation, it's comforting to know there are people you can turn to who are happy to help.

Except, is it really helping?

Not only have we become reliant on the opinions and advice of others, we've also become self-made psychologists. How many times have you found yourself offering up worldly advice to a friend in need? Probably often.

Now compare that to the amount of times you've taken your own advice. Funny, isn't it?

We have no problem telling others what we think they should do. Yet, we don't trust ourselves enough to make uninfluenced decisions.

Why do we tend to believe the people around us know how to deal with our problems better than we do? We spend hours dissecting conversations and situations with those we consider close to us, hoping they'll offer some nugget of wisdom that will erase all the grey areas.

Everything in life is a matter of perspective. Two people can look at a situation and draw completely different conclusions.

So why put our faith in people who don't have to deal with the consequences of our choices and actions?

Asking for advice is one of the most self-defeating things we can do.

Usually, when you ask someone for his or her opinion, a decision has already been set in motion. Whether you're thinking in terms of booking an impromptu Euro trip, dropping out of school or texting back the dude who's been MIA for a week, chances are, you already know what you want to do.

Asking for advice just solidifies your decisions. You'll either be met with validation or opposition, and you'll definitely like one more than the other.

The people who agree will make you feel confident. The people who disagree will probably piss you off, make you second-guess yourself and force you to come up with some excuse as to why your idea really is a good one after all.

A quote from Erica Jong's book, "A Fear of Flying" has stuck with me for a while: "Advice is what we ask for when we already know the answer, but wish we didn't."

This begs the question: Do we ask for advice because we want to be assured we're making the right choice? If someone agrees with us, do we get the validation we need to be confident in our decisions?

No one knows you better than you know yourself.

It's normal to want to hear different perspectives. But when your ability to make independent choices starts dwindling, you have a problem.

People can offer you advice until they're blue in the face, but the fact is, if you don't like what they're saying, you'll likely ignore it. You're the only one who has to live with the choices and decisions you make.

So, the next time you feel the urge to ask someone what they think you should do, remember your own instincts are already sharp AF. You just need to trust yourself, give yourself a chance and follow your gut.

You already have all the answers, young grasshopper. Go out there and use them.

Look at it this way: You probably won't listen to anyone else, anyway.