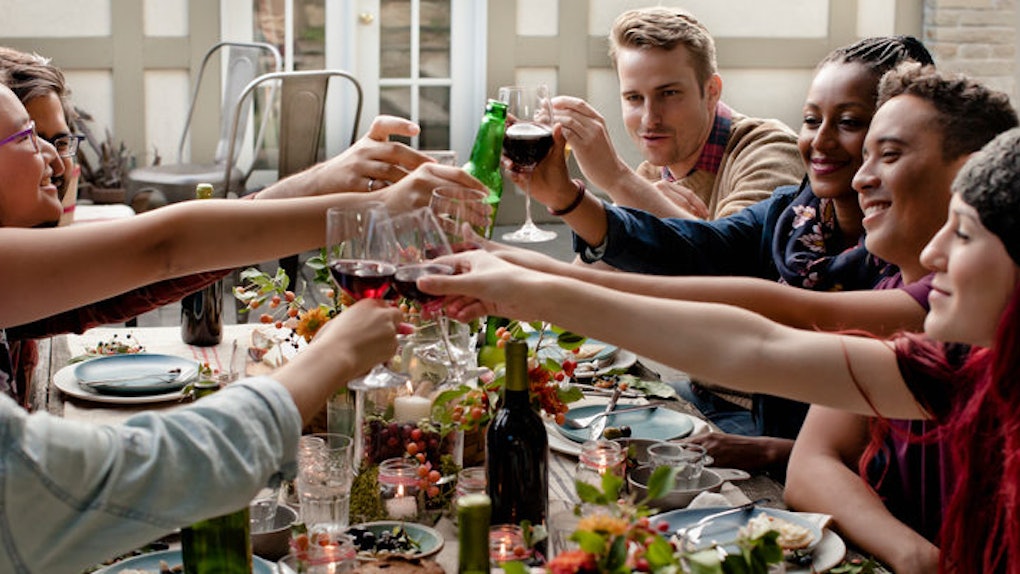 Things You Should Let Slide During The Holidays

We're programmed at an early age to believe that Christmas is — as they say in greeting cards — "the most wonderful time of the year."

And I'll admit, the holidays aren't so bad.

I enjoy spending time with family, indulging my baby cousins in teddy bears and Mickey Mouse figurines... and shipping those God-awful Ugg boots right back where they came from.

But last Christmas, I had no choice but to unleash my inner Scrooge and acknowledge the obvious.

Months earlier, I wasn't sure if my father would see another holiday.

One spring afternoon, I found out he was clinging on to life after suffering from cardiac arrest on the tennis court.

The man who was never sick — the self-proclaimed Benjamin Button — wasn't invincible after all, and I couldn't accept how close I was to losing the most important man in my life.

But he defied all odds, and he got a healthy holiday with the family.

I know someone out there is sitting at the dinner table, missing an important person, and I know not everyone gets the good news I did.

While looking at my father, who was back to his usual self last Christmas, my uncle said, "No, it was a good year."

He was back into his overprotective mode — pushing my wine away from me when he thought I had enough, suggesting I wear a heavier sweater for this time of year — and I couldn't have been more grateful.

So yes, the holiday season can become overwhelming, and yes, things your relatives say will absolutely get under your skin.

I totally get it. The best part about this time of year seems to be when it's over.

But rather than wallow in your own holiday pity party, it's so much better to overlook the BS.

When your dad starts to do something questionable during Christmas dinner, or when he says something that gets under your skin, let it go, enjoy what you have and indulge in some eggnog if you need to.

You'll never really know how valuable those Christmas get-togethers are until they're not so certain.

With that in mind, here are four times during this holiday season that I'll let my parents, particularly my pop, off the hook.

While Kesha once bragged about boys blowing up her phone, I've never known a guy to blow up mine more than my dad.

As much as I think, “What now?” I've learned to never take those calls or texts for granted.

There is going to be a time when you wish you heard from your parents and would do anything to get an annoying, “Where are you right now?” text.

Holidays are about family, so embrace the quirks (and, you know, put your phone on silent if necessary).

2. When they insert themselves into the equation

If there is anything my father has skillfully mastered, it's his ability to turn my date nights into double-date nights.

Sometimes we need a little breather during the holiday season, but that's no reason to boycott family get-togethers.

Plan a time that works for everyone, and enjoy the once-a-year mayhem.

3. When they say crazy stuff

Make no mistake, this is a fairly common occurrence, especially for my dad.

But, what makes for a better holiday story than when you scoffed at your dad's insane thought of someone breaking into your apartment's back window?

Aren't you going to love the look on your cousins' faces when you tell them he was right? (I know he loves saying, "I told you so.")

My family says wacky stuff as often as they breathe, and it makes for fun reminiscing when you're enjoying the classic Christmas Eve dinner.

4. When they disagree with everyone

Again, this is another common occurrence.

But I must say, when a million people we know this holiday season will be talking about Trump — and supporting Trump — it's nice to know my dad planned to take me to DC for the inauguration if Hillary won.

I'll admit, he's pretty cool when he wants to be.

So yes, disagreements go hand in hand with unwrapping presents and preparing gingerbread houses, but there are some silver linings there.

Even though you can find fault with many things this holiday season, there's certainly a lot to appreciate, too.

Yes, it's a hassle to spend money on crap your relatives aren't going to use. You know for certain someone is going to be mad about something that happened 15 years ago on the third week of July when the sun set at 8:23 pm on a Thursday.

But, you don't want to realize how much you love the holidays — and whom you're spending them with — when they're threatened to be taken away.

So, embrace the insanity, and have a wonderful holiday with your crazy family.