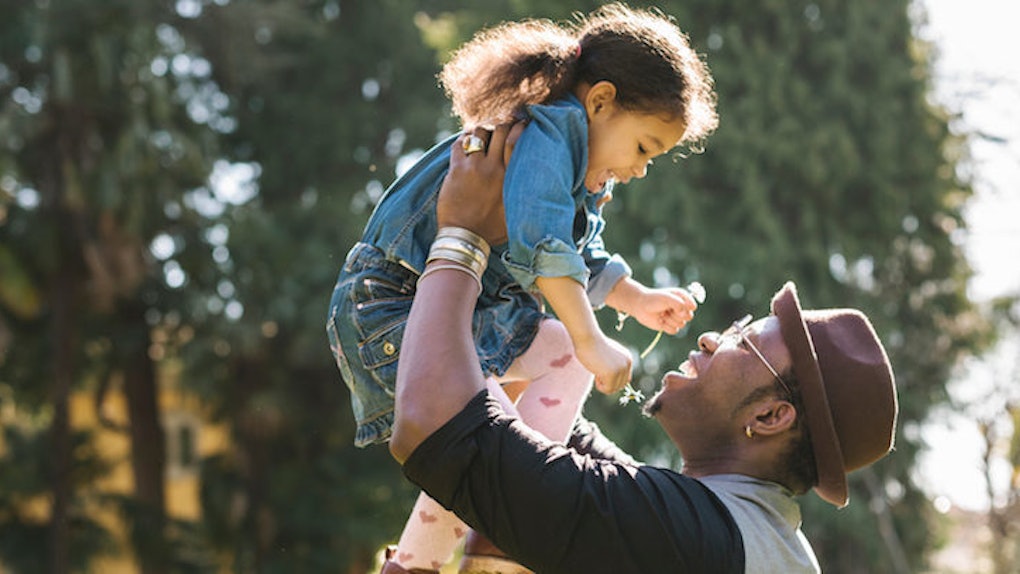 My father is like the Yoda of my generation. Besides the fact that he often says his words slowly and kind of melodramatically (no offense, pops), he has passed along to me some undeniably powerful messages. They are on topics such as learning to love yourself, the keys to having a successful marriage and what it means to be a decent human being by your own standards. Here are six pieces of wisdom I'm passing along from my dad to you:

1. How much are you willing to sacrifice?

How much are you willing to give up without feeling any regret? My father said this to me in our living room about seven years ago, when I was in high school and engaged to the "boy next door." At the time, I thought he was referring to my retail job or car or even attending college.

Seven years later, I understand that he was asking me to look at the bigger picture. What about my own dreams? Even if they were small and insignificant by someone else's standards, was I really ready to push them aside and never reach them?

2. The key to a successful marriage is both people must be willing to do the difficult stuff.

For instance, if your mother-in-law suddenly passed away and your father-in-law needed a place to live, you welcome him into your home. In marriage, there will be moments of massive upheaval. As a couple, you need to both be willing to do the hard thing, and you need to be able to do it easily.

My dad can do a lot: build balconies, wire a lamp, lay down a wooden floor, fix a car, paint a picture of the Titanic, install windows in my old bedroom. Those are only things he's done this week, and he's in his 70s. The man is a legend. He has this uncanny ability to look at something and can dissect it, piece by piece.

He can do a lot, but he has told me on many occasions to concentrate on becoming a master of what I love. Give it your all. Be dedicated to it. Learn its ins and outs. Be consumed with something you love, and learn all you possibly can about it.

Educating yourself doesn't just mean going to school. My dad is a huge proponent of learning in any capacity. Educate yourself on politics and culture. Immerse yourself in learning all about the art of writing, if you know that's how you want to spend your every waking hour. Educate yourself on the people and world around you. It will help you get a better understanding of the type of person you are.

5. It's normal to disappoint your parents when you're a teenager.

I know you're thinking it's a typical teenage guilt trip if your parents acknowledging you will disappoint them. My father was no exception to being the rebellious teenager back in the late 1950s. On one occasion, my grandfather didn't talk to my dad for a week because of one of his foolish antics.

"It's normal to disappoint your parents at that age, but know that as much of an idiot you probably act, your parents are always going to love you," my father told me. Be honest with your parents because they've probably thought and done everything you have. They are really just one step ahead of you.

6. Be with someone who loves you more than you love them.

Relationships are hard. But the second they become work or feel one-sided, it's time to realize things are no longer working. Be with someone who loves you so much that working things out, doing the hard things and respecting one another just comes naturally.