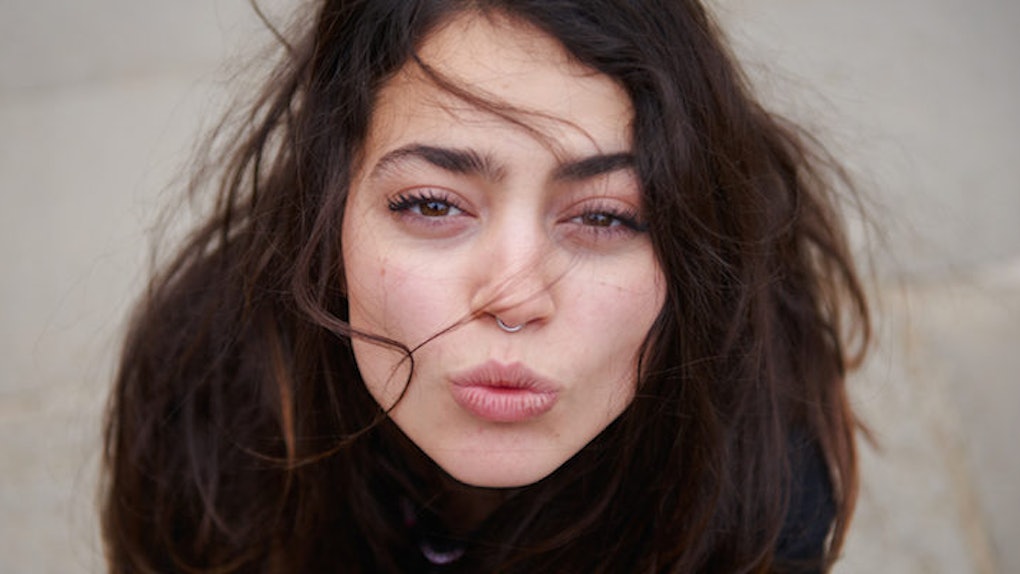 Say No And Live A Happier Life

From the moment we learn to say “no” as toddlers, we take it and run with it.

For some reason once we reach a certain age in adulthood that seemingly defiant, but truly beneficial quality of saying no seems to disintegrate.

Saying no has a lot more perks than we give it credit for. If used properly, it can help you get rid of that negative thinking that weighs heavy on your mind and genuinely doesn't do anything but stress you out.

Well, cut it out and paste these innovative ways of saying no to your 2017 dream board.

The nos to live by are quite simple:

1. No to pity parties

While we are probably the life of the party, a pity party is nothing you want to keep inviting yourself to. (Besides no one likes anyone who invites themselves to places.)

Dwelling in the things that make you uncomfortable or unhappy is creating your own pity party and it will only make you feel like there's no way out.

Saying no to the pity party gives you a better opportunity to reflect on your predicament instead of making it seem like an irrevocably, damning situation.

You know those endless, long winded conversations we've heard throughout our life about being your own person because that's all you get to be? They're right.

Of course it's completely OK to give kudos to someone excelling in life and accomplishing things but don't take their advancements as you not advancing.

This isn't race, everyone trucks through life at their own speed and in their own gear. How incredibly boring would it be if we all did everything at the same time anyway?

Say no to comparing yourself to the next person because you're your own person for a reason, even if you can't fully decipher that reason yet.

Doubt can often times seem inevitable if you are attempting to accomplish something you never have before.

At some point it's time to put on your big girl panties or big boy briefs and just face the obstacles that will inevitably be in your way. If you really want it, the effort will be worth it.

You are your first and most important cheerleader or coach. Having the self-efficacy to achieve things starts with the little voice in your head that tells you to start. Saying hell no to prolonged doubt from that voice is okay, you won't seem crazy…at least not all of the time.

4. No to human weights

There's nothing worse than someone who intentionally brings you down because they want someone to be at their low. If someone is really your friend, regardless of the low their feeling, if you have an opportunity to advance, they won't stop you.

Don't ever join anyone's pity party(you just got out of your own) or let them make you feel guilty for not sulking in a fixable situation.

For some, this may mean cutting some ties in 2017 or having a legit sit-down with your human weight.

This is probably the most important no to live by to combat negative thinking. We can find ourselves thinking negatively because we don't ever really reflect on what is making us happy and what is making us sad.

We become mere hosts and actors for what people want and demand from us.

We forget and neglect the autonomous care we need to provide ourselves. Say yes to caring for yourself first.

Negative thinking effects a lot more than just our outlook on the world, it takes a toll on the way we react and digest the human experience.

If there's anything worth leaving behind for a fresh 2017, it's negative thinking and don't look back.