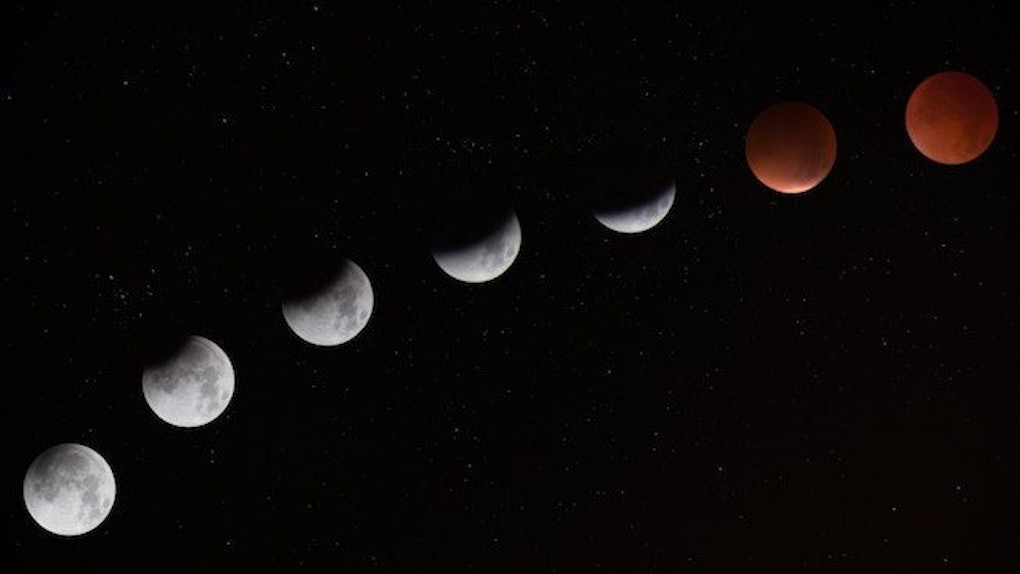 Solar Eclipse Conspiracy Theories Are Popping Back Up Today, Here Are The Craziest Ones

There's a lot of rumors out there on the interwebs, a lot of terrifying rumors about today's solar eclipse conspiracy theories, and how it could possibly be the end of the world. I'd go so far as to say that these rumors have developed into entire theories, theories of the conspiratorial sort. So I've decided to spread the word for anyone who needs to feed their hungry anxiety ridden minds, and to add a few of my OWN conspiracy theories to the pile of things this terrible, horrible, no good eclipse could mean for the future of humankind.

You can decide for yourself which of these are "real" and which ones I've made up, because they are all equally as ridiculous.

The Secret Planet "Nibiru" Will Collide With Earth

On Sept. 23, following the solar eclipse, the secret planet Nibiru a.k.a. "Planet X" by everyone (except scientists who are hiding the truth!) will collide with our planet Earth and destroy all life as we've known it. Say goodbye to your life, your pets, and any furniture you've managed to afford from West Elm, because it will all be gone. This is what apocalypse looks like!

The Animals Will Revolt

Eclipses are beautiful to human beings, but what about the animals? Do you even know how traumatic an eclipse is to a bat? To nocturnal creatures, having daylight blotted out at 3 p.m. is a signal that it's time to wake up.

Since animals are creatures of habit, it's possible that they could mistake us for their nocturnal prey. This interruption to their routine could cause a massive revolt. They could rise up, and as the moon blots out the sun, so shall the animals blot out human existence, ripping us limb from limb like the prey they hunt in the deep dark hours of the night.

Once they taste human blood, there's no going back.

Believers have warned us that, the United States and North Korea will clash on the day of the solar eclipse -- that's today -- leading to the beginning of WWIII.

We're all dead. Say goodbye to everything you've ever loved, even your favorite reality shows. We're all about to explode into dust, but at least you won't have to read any more headlines with the name Trump in them.

Some conspiracy theorists believe that Beyoncé predicted the end of the Patriarchy in her song, "Run The World." If you listen to the lyrics backwards and translate it into a language that doesn't yet exist, it means, "On Aug 21 2017, women will take up the throne."

In astrology, the moon is a feminine planet, and the sun is a masculine one -- meaning that today, the feminine will blot out the masculine as we all join together as one. When the moon covers the sun, we sync.

The Entire Eclipse Is A Fake Production By Corporate America

Hotels have been booked for months along the eclipses' path of totality, and enough people have bought a pair of special solar eclipse goggles for newspaper owner Jeff Bezos to buy a small country with the revenue he's made. Others are seeking someone to conceive with them during the eclipse on craigslist. People are cashing in on this like we've never seen before... but how do we know this whole thing isn't a giant hologram?

Anything is possible, you guys. Believe no one. Not even me, because I made up some of these -- namely, the one about animals and women's periods. But hey, you never know!