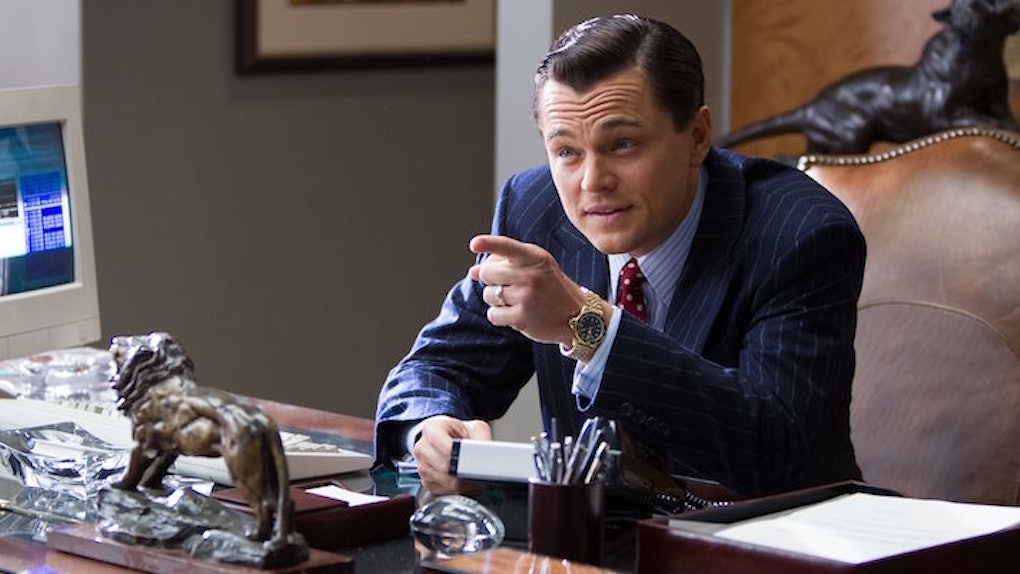 3 Reasons Investing Your Money Doesn't Have To Be Confusing

Take out a piece of paper and draw an investor. Go ahead, don't be shy. Despite your best intentions, chances are your drawing looks like everyone else's: An old, white man. Or maybe you went rogue and drew a young Leonardo Dicaprio whose slicked back hair exudes a sparkle of self-interested profit. How did you get your pencil to do that?

In the early '80s, a well-known scientific study was conducted about this called the "Draw A Scientist Test." Researchers asked kids to draw a scientist. Most of the girls (and all of the boys) drew a white man in a lab coat, complete with Einstein hair and round, geeky glasses.

It's not surprising to see similar results in surveys about investors. When Millennial women conjure up a mental image of an investor, they picture an old, white man. In this case, the stereotypes are still mostly true, as a mere 1 percent of Americans own 94 percent of financial securities. You don't have to be Einstein to guess who they are.

But what about the rest of Americans? What about the people who don't look like that image of a Wall Street investor? It turns out, most of them find investing confusing, expensive and unrelatable. Wall Street hasn't been quick to remedy that, because it's in their best interest to keep it that way. This way, you'll need their help, their very expensive help.

Here's a little secret they don't want you to know: Investing money isn't actually confusing. In fact, with the latest technology it's pretty accessible, now more than ever. Here's what Wall Street doesn't want you to know about investing:

1. You don't have to become a professional investor to put your money to work.

Actually, you don't need to trade in and out of the market at all. There are people who make their living predicting the minute-to-minute market moves, but the average investor doesn't fare as well. Over the past 20 years, the stock market grew an average of 9.2 percent annually. The average investor only had a 2.5 percent return.

Yikes. How did they mess that up? It turns out the average investor doesn't have a crystal ball, after all. If an investor thinks a stock will go up tomorrow, they buy some today and then sell it to make a quick profit. It's called “timing the market,” and it's a bit like gambling. You're better off adding to a diversified investment a little bit at a time and holding on to your investments for the long-term.

2. You don't need buckets of cash.

Actually the best time to start is right now, when you're young and broke. You don't have bad habits to unlearn, like trying to beat the market in the short-term. You might be able to scrape together $50 to start, which is actually an advantage. If you were sitting pretty on $50,000, you might plunk it all in the market tomorrow. But what if the market drops off a cliff?

With so much at stake, you might even be paralyzed by the idea of making a bad choice. But you have no choice but to start investing with a small amount like $50, and add more as you get it. Lucky for you, that's actually one of the proven ways to reduce the average price for your share. It's called dollar cost averaging, and experts write books on how to do it. But, you can do it naturally. Who will play you in the movie?

The best time to start investing is right now. Actually, every year you put off starting to invest makes it harder for you to achieve your financial goals. Time is on your side. You shouldn't wait 10 years until you have a large chunk to invest. Are you saving up to start investing? That seems counterintuitive, especially when you look at the magic factor called compounding. Unfortunately, time is the only thing you can't get back after you've squandered it away. So, start now.

You can invest in what matters to you, for the good of the world and to create long-term wealth. Investing is all about believing in the future with bright-eyed optimism. As part of your portfolio, you can invest in companies that share your vision for the future. Who do you believe are the game-changers that will make it happen?

Maybe you have a vision that your money will do good in the world. Companies that give back and do this kind of work tug at your heartstrings. When you read that a company does this, you have a serious moment of joy and sadness. You can own a piece of those companies, and there are over 100 companies like them that are doing good in the world.

You might geek out over robotic surgical instruments and believe that industry will revolutionize cancer treatment. Or maybe you want to live in a world where America has secure physical and cyber borders. You can put your money to work for whichever purpose moves you.

It shouldn't surprise anybody that you want to do all this work yourself. You don't want to hand it over to someone else to invest it for you, because nobody knows you like you do. You might stumble in the beginning, but you can start small and learn as you go. That will be better for you in the long run. Maybe someday when young girls think about investors, they'll envision smart, passionate women like you.

Erica Bentley is employed by Stash Invest. The views and opinions contained in the article are her own and are not attributable to Stash Invest.