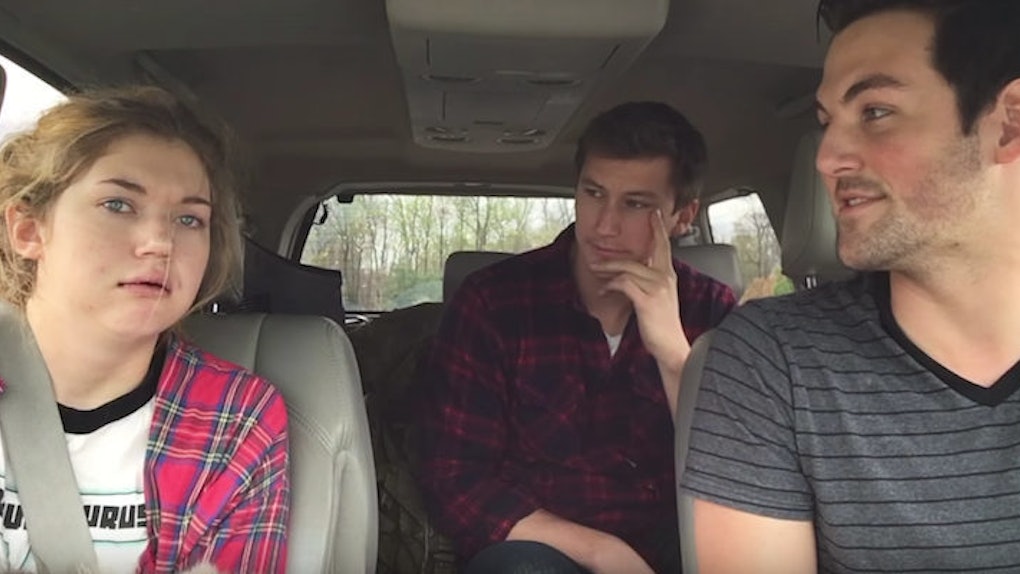 On the trip back home after you have your wisdom teeth removed, you are more vulnerable and confused than Michael Cera on his first day in a maximum security prison.

Your brain is not functioning, you're scared and you're super, super high on anesthesia.

So, obviously, that's the best time to prank someone.

A couple of brothers decided to try to convince their sister the zombie apocalypse was happening on their drive home from the dentist. The prank was as cruel as it was imaginative.

They recorded a fake radio broadcast that starts off with this ominous declaration:

The Center for Disease Control in Washington DC has released a viral outbreak warning. State and local officials have reported cases of high fever, nausea, death and even cannibalism.

They even get their mom involved. Apparently, in this family, everyone likes torture. At one point they make her choose whether to save the cat or the dog, and she yells,

THE CAT, YOU IDIOT!

And when her brother asks about the dog again, she responds,

HE'S THE WORST! HE'S ALREADY DYING. LEAVE HIM, GET THE CAT!

This is the meanest, best thing ever. Watch and enjoy.

Citations: The girl who went to the dentist and came back to a zombie apocalypse: Brothers convince their drugged sister that the world is ending in hilarious prank video Read more: http://www.dailymail.co.uk/news/article-3535538/Girl-drugged-having-wisdom-teeth-removed-fooled-siblings-thinking-country-grip-zombie-apocalypse.html#ixzz45censyXc Follow us: @MailOnline on Twitter | DailyMail on Facebook (Daily Mail)