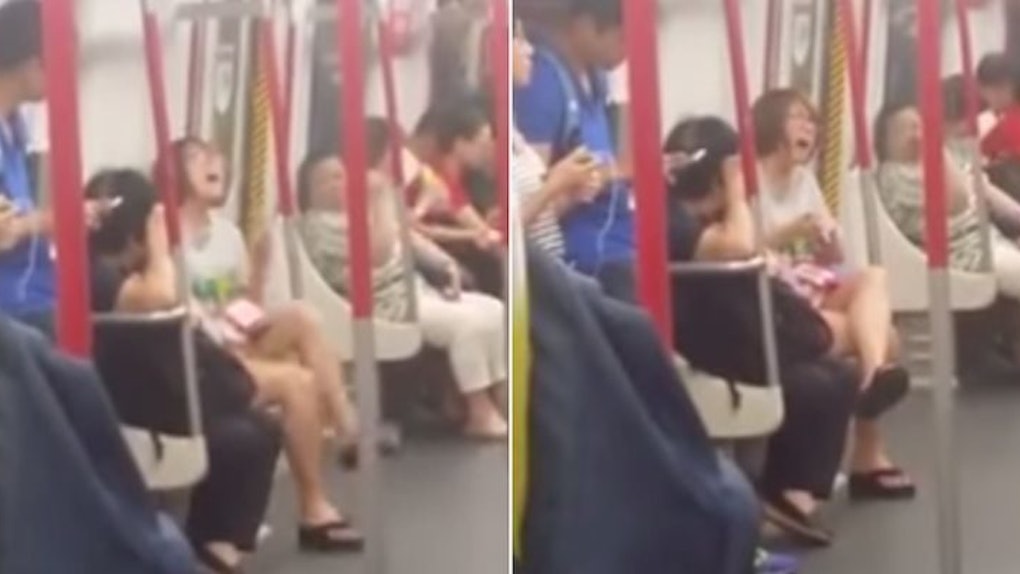 I've never seen a lifeboat full of kittens capsize and sink slowly into the ocean, but I'm willing to bet that scene would sound eerily similar to the one captured after a woman got a glimpse of what Hell is like when her phone died on a Hong Kong subway.

In all fairness, I don't know the circumstances behind her breakdown.

For all I know, she could have been on the phone with a dying relative, about to beat her high score on a game involving candy or waiting to be used as a lifeline on "Who Wants to Be a Millionaire?"

All I will say is this: Let he who hath not yelled at an inanimate object cast the first phone against the wall in anger.