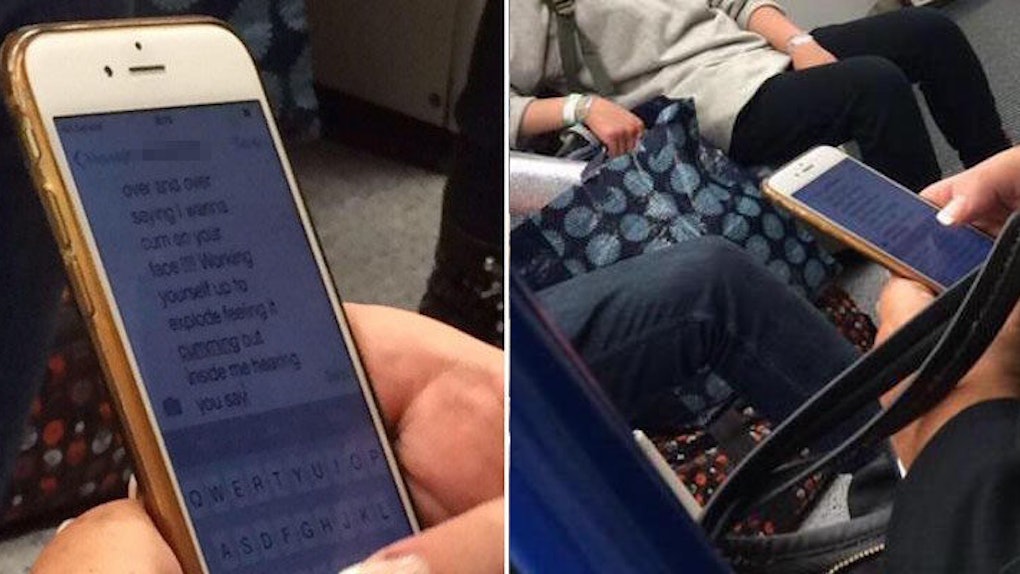 Busted! A Woman Was Caught Casually Sexting On Public Transportation

If you've ever taken the subway in New York City, you may have seen a sign reminding riders "Unwanted Sexual Conduct shouldn't be part of anyone's commute," and that tells you everything you need to know about the enjoyability of a subway ride in New York City -- or really anywhere.

One passenger who posted these photos on Twitter learned why it's best to avoid looking at another person's screen while on the train (although, you could also argue this is exactly why you should):

"I wonder what she's typing?"

In case you can't read it, here's the text from some of the more underwhelming sexts you'll (hopefully) see today:

I don't know exactly what was going to be rubbed, but I'm assuming it wasn't a magic lamp.