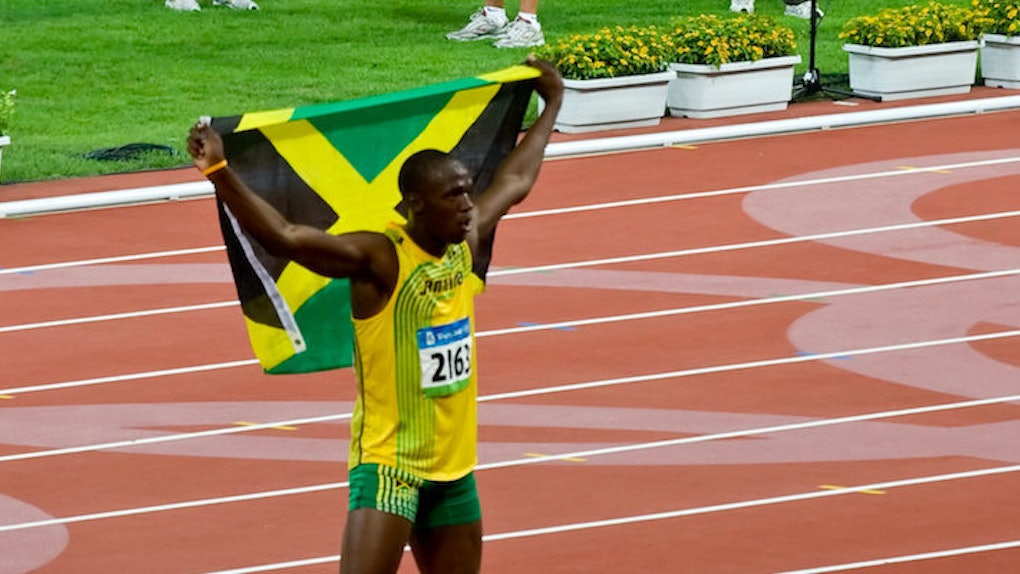 Let's be practical. Usain Bolt is so fast, we should replace the verb "to run" with "to Usain Bolt."

Here's a side story. When I was in high school, I decided to try track. I didn't think I'd have any skill at it, so you can imagine my surprise when I found out I was pretty decent at the 100-meter sprint.

Of course, a few weeks into training, I horribly injured a muscle around my hip during a sprint and developed a limp for three months, Richard III-style. That was the last time I decided to "Usain Bolt," so to speak.

Until now, that is.

Usain Bolt just took home the gold for the 100-meter dash in Rio, after giving the greatest Roadrunner-esque grin toward his struggling opponents during the semifinals.

In honor of the fastest man in the world, the New York Times offered a test that measured your clicking reflexes to a starting pistol sound effect against Usain Bolt's 0.155 second starting block reaction time.

Well, I tried it for about 20 minutes and here's what happened.

On the first try, I managed to tie with Usain's incredible starting block reaction.

I called my mom afterwards and she was so shocked... that I thought she would care in the slightest. Then she hung up. I could tell she was too emotional for words.

"But hold up," I thought to myself. Maybe this was just like my hidden talent in high school track? Maybe I can do so much better than 0.155 and I don't even know it?

Well, then I did do it. I broke my own f*cking record and did so James Bond-style.

Tim McGovern... women want him (sometimes), Usain Bolt wants to be him (probably not really).

But then I scrolled down and saw that, apparently, the New York Times thinks I'm "too fast" to be a human and that I "false-started."

Wow. I am not a robot, New York Times. Even gifted athletes like myself have feelings too.

But if you think for a single second or even for a 0.007 seconds that I was going to let a base accusation bring my clicking career down, you'd be so wrong.

That's when I did it. I beat Usain Bolt again (by clicking a button).

No, New York Times. This isn't Justin Gatlin. This is me, Timothy McGovern.

Citations: Can You Beat Usain Bolt Out of the Blocks? (New York Times)