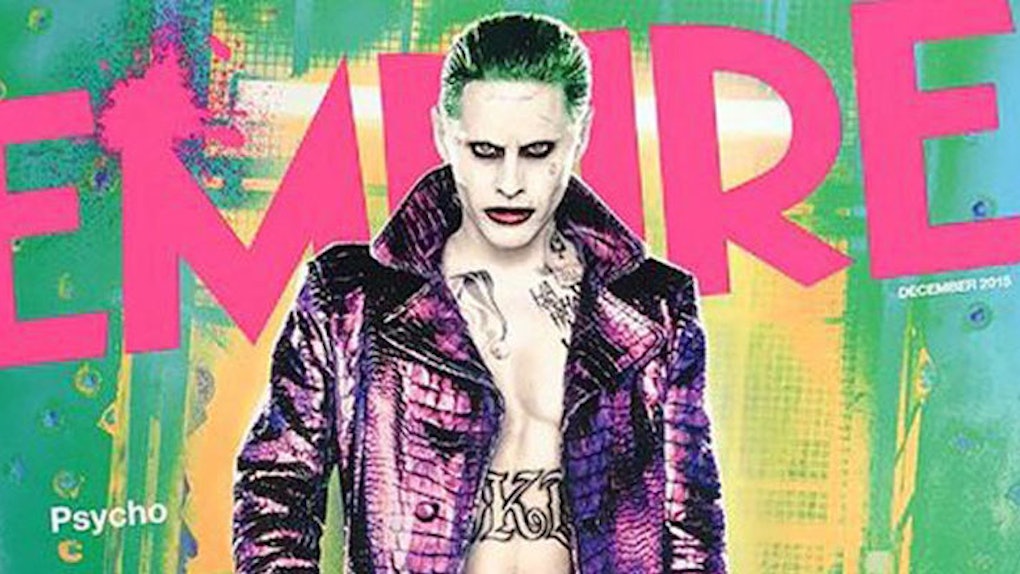 So, the new trailer for "Suicide Squad" aired during the MTV Movie Awards.

To most of us, our first thought upon hearing that news is likely: "Jesus, that movie didn't come out yet?"

The marketing campaign for this movie has literally lasted longer than the current presidential election campaign -- which I'm pretty sure started before I was born.

At this point, they could just keep releasing teasers for this movie and the media would continue to go ape sh*t over each new photograph of Margot Robbie's elbow.

The frenzy around the movie started in May of 2015 when the director tweeted out this photograph of the cast.

OK, yes, they look cool, and yeah, of course I want to see Margot Robbie in pigtails hit people with a bat -- but what the f*ck is going on, America? We've been treating this movie like everyone starring in it is one of the apostles.

Then this picture was released of Jared Leto dressed up for his Blink 182 biopic -- and people lost their f*cking minds.

It's honestly very perplexing to me why ALL OF AMERICA gave such a sh*t about this movie in the first place -- after all, it's kind of not that famous of a comic compared to literally all the other comic book movies that come out every other weekend in this weird country.

And then, in July, came the first trailer -- which I'm not even going to embed in this article because everyone in America has already seen it.

Then, um, this happened. And every website in existence wrote about it.

Margot Robbie got into costume and tattooed the cast and actors -- which just built up the pressure for the movie to be good even more. Think about if Ben Affleck had gotten a "B v. S !!" tattoo. Not a cheerful reminder.

And then another trailer came out.

Then pictures on set leaked and more publicity pictures and stories of Jared Leto staying in character on set (because he is the Daniel Day Lewis of comic book villains with bad tattoos).

At this point, they've built up the hype so high there is no way people will be satisfied by this movie.

It's lived in our imaginations for so long that whatever it actually ends up being like will be a disappointment.

Although, maybe I'm wrong. People don't like to change their minds about things after all. Maybe because this marketing campaign has convinced so many people they love this movie already, they'll love it even if it includes the lines:

WE ARE THE SUICIDE SQUAD! BECAUSE WE ARE SUICIDAL BUT ALSO FRIENDS! WE WANT TO DIE! TOGETHER!

Honestly, considering how bad so many blockbuster movies are these days, it's starting to seem as if movie studios spend 80 percent of their time and energy on coming up with viral marketing campaigns and 10 percent actually thinking about the movie they are going to make.

Oh, the other 10 percent is cocaine. Snorting cocaine. Sorry, I thought that was obvious.