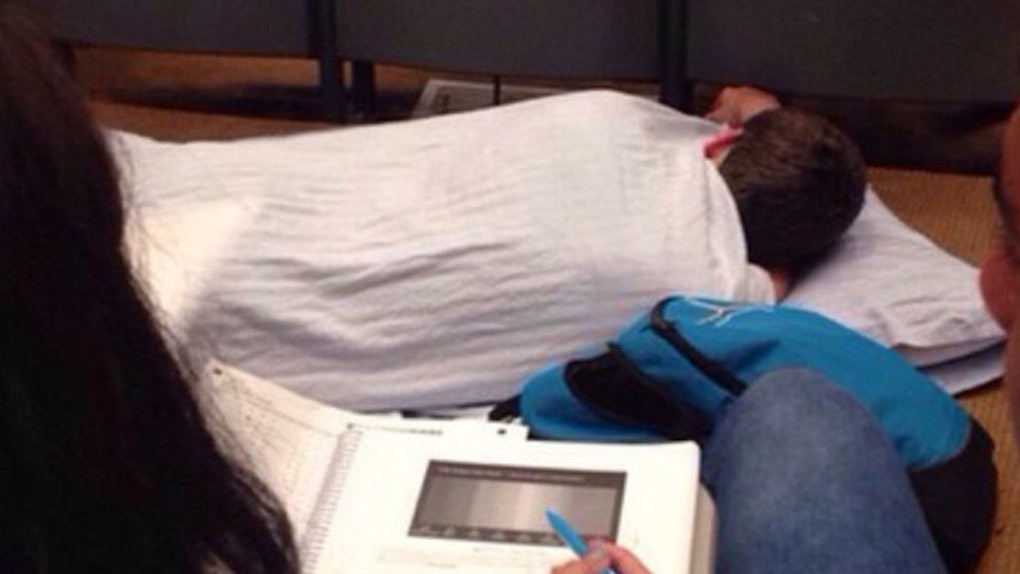 Learning how to multitask is absolutely vital if you want to make it through college without going crazy, and one of the most important skills a student can learn is to make it look like you're paying attention when you're doing something completely different.

I certainly wasn't a model student before I managed to graduate, so I want to make sure people don't think I condone spending tens of thousands of dollars a year to attend classes intent on learning nothing.

However, I don't think there are many people in this world who could successfully sit through lectures in required classes, covering topics they wouldn't otherwise care about, without having some sort of escape.

Anyone can put a phone between his or her legs and look at his or her crotch an inordinate number of times during the course of a class, but I've found the most apathetic students tend to come up with some of the more creative ways to not pay attention in classes.

Here are some of the most impressive efforts in ignoring everything.

Anyone who's thinking, "Why does he even bother going to class?" never went out the night before a 9 am class after he or she already used up the allotted absences for the semester.

Someone's seen "The Shining" too many times.

This is how to vent your frustration if you don't want to be voted "Most Likely To Bring An Axe To Class" by your peers.

That's weird. Normally, people who go back to school in their 50s actually want to be there.

It's important to start practicing from a young age.

I assume he's an engineering major.

And I assume he's in the International House Of Pancake Studies program.

He's just trying to learn something about himself.

And I thought I was cool for having Tetris on my calculator in high school.