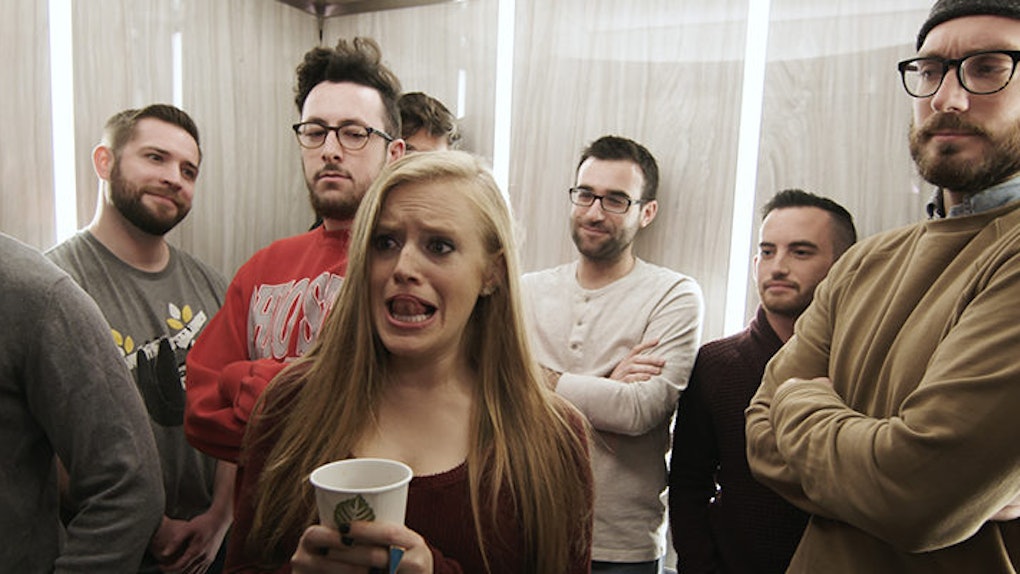 For some people, the best plans are canceled plans.

Personally, I find it pretty reasonable. Think about it-- in a typical social situation, you have to put on uncomfortable clothing and shoes, all so you can create meaningless small talk for hours until you get drunk enough to not feel uncomfortable anymore.

A person with social anxiety disorder is afraid he or she will make mistakes, look bad or be humiliated in front of others. You may think you know these people -- that they're awkward, shy and timid.

In my experience, though, that's rarely the case. He or she can be the most charismatic person you know. Just because that person is the life of the party doesn't mean it's enjoyable. These people put on that act because they feel like they have to.

This video is a perfect example of this. The people starring in the video are some of the funniest stand-up comedians in New York City, but what do they all have in common? Social anxiety.

But if they didn't tell you, you'd never guess. Just think, they're able to push through their anxiety and get on stage every night, all to perform jokes at the will of complete strangers. Just thinking about doing that makes me feel anxious.

Social anxiety can happen to anyone, anywhere, at any time. I believe the older I get, the more social anxiety I develop. Call it laziness or settling down, but the thought of going  out hasn't just lost its appeal -- it's become down right miserable.

If you have friends with social anxiety, the worst thing you can tell them is to "chill out" or "relax." If they're having a panic attack, trust me -- they aren't doing it on purpose or to be dramatic.

It's literally out of their control, and it can make them feel like they're dying. Picture having 20 pixie sticks and going on a rollercoaster five times in a row. It may sound fun to a couple crazy people, but for most, it's a nightmare.

In this day and age, most people have experienced some level of social anxiety. Technology plays a huge part in this. We're more used to communicating with technology rather than face-to-face.

Our social media presence portrays us at our most outgoing, charismatic and confident self so when we're in a social situation, we feel a false obligation to live up to that reputation.

Don't worry, though -- Gen Why is back for Season 8 to keep you on your computer and avoiding those horrible social interactions.

Special thanks to Samui.