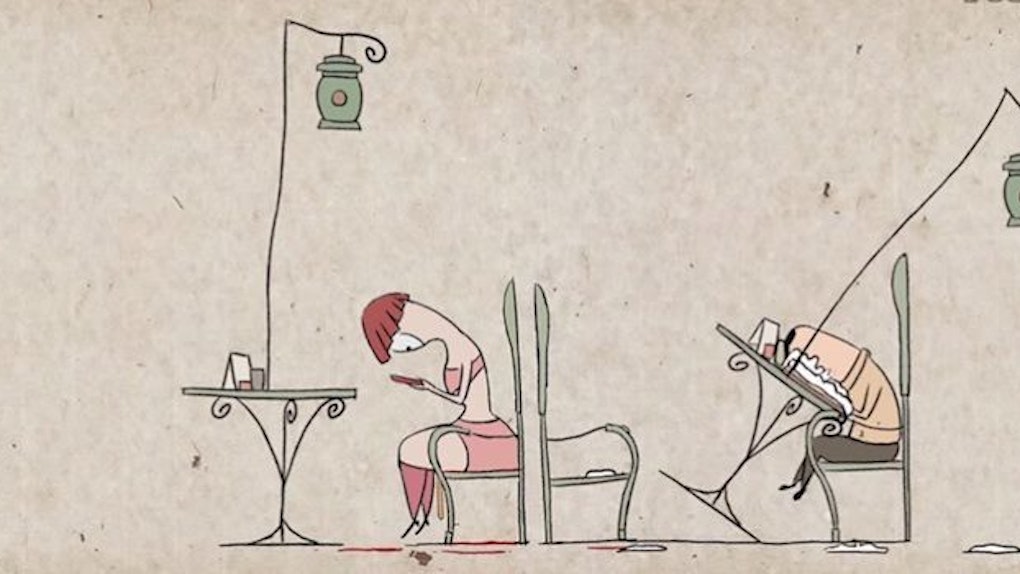 For a long time, I thought people who talked about how our generation's obsession with phones were just anachronistic curmudgeons unwilling to accept change.

But then there came a day when I left my phone at home, and my commute instantly became a fiery hellscape of bloodless despair.

I realized I may have a problem. I haven't done anything about it, of course -- if there was a way to hook myself up to an Internet IV, I would do it -- but at least I've acknowledged it.

Honestly, I'll probably end up killing my cat by sitting on it, like the lady in this short film. And that'll probably while I'm Googling something like, "Is butthole one or two words?"