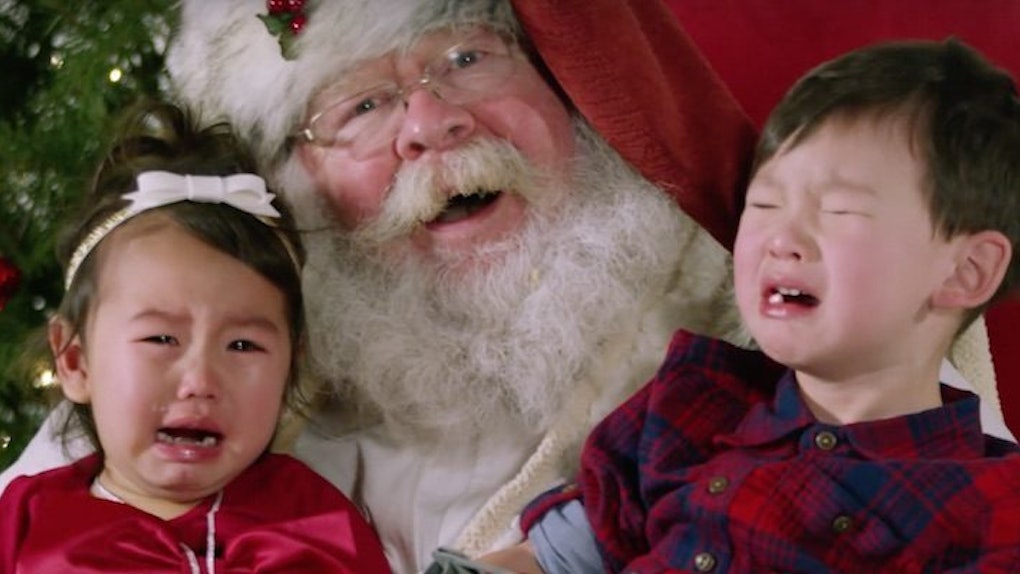 Santa Claus is terrifying, and anyone who tells you differently is probably a minion of the very evil entity who breaks into homes worldwide each winter and eats everybody's goddamned Mallomars.

Children too young to be silenced by Santa's shameless bribery know he's Satan rebranded and try, at every turn, to alert their parents in a new video from Cut Video.

Muzzled by the gifts they received for years in return for their silence, the parents surrender their innocent babies to the dark lord whose suit is stained red by the blood of those who dared to challenge his tyranny.

It's a grim world we're all living in folks, and only the youngest among us are brave enough to say it.

I hope you all avoid the naughty list this year. Just in case, tell your family you love them.