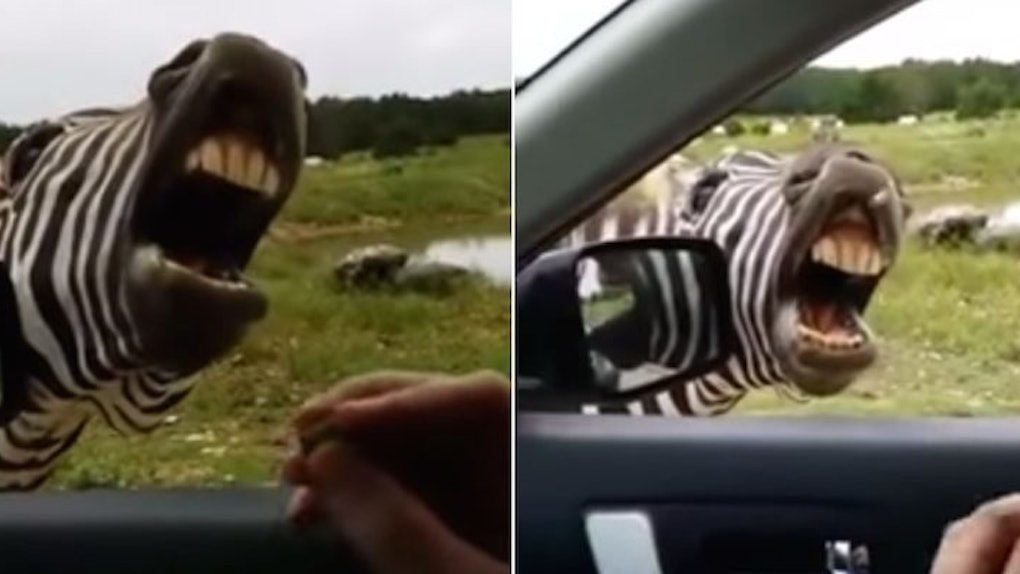 You can train dogs, horses and even cats (if you’ve ever seen a cat use a toilet, you know what I’m talking about).

But apparently, you can also train zebras  — or at least you can train this zebra.

In the video up top, a zebra stands outside of a car window, accepting snacks from an unidentified person inside the vehicle.

After swallowing each snack, the zebra opens its mouth wide, primed and ready to accept another tasty morsel.

Meanwhile, it looks like a person in the vehicle sings in time to the zebra’s snack consumption, making it appear as if the animal itself is the one making the noise.

It’s every bit as ridiculous as it sounds, and though it’s obviously a person making the sounds, it’ll still make you laugh.