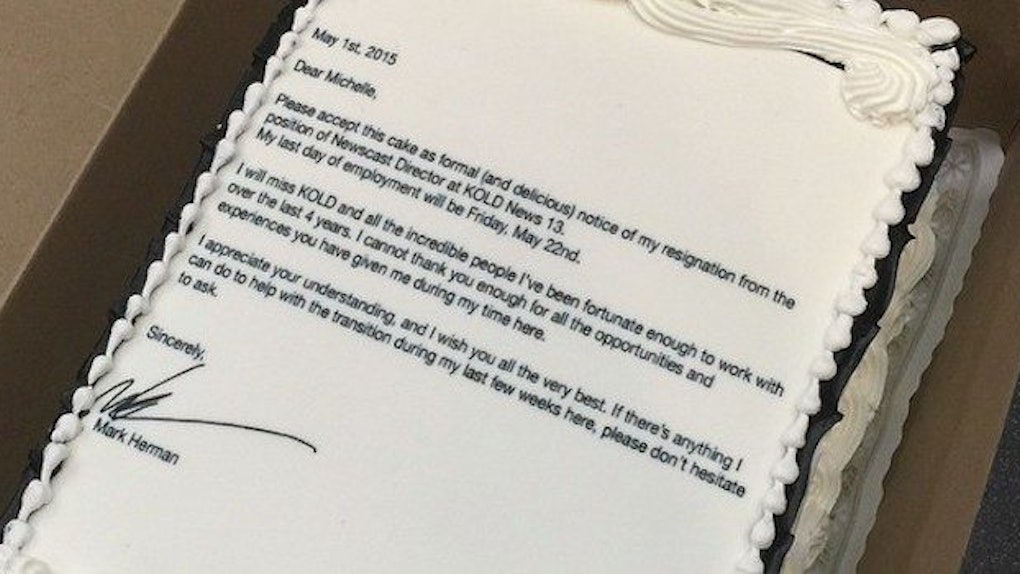 Leaving your job can be bittersweet, but not for this employee!

Based on what I know about the impeccable sense of humor exhibited by most local news personalities, that's the kind of joke that was made in the conference room after Mark Herman quit his job at Tuscon's KOLD-TV.

After landing a position at a station in Tennessee, Herman decided the only appropriate way to announce the end of his time in Arizona was to give his boss two weeks notice and the world's heaviest resignation letter.

While the previous record belonged to the disgruntled insurance salesman in Omaha who penned 1,287 pages, Herman's strategy required a bit less effort: He simply typed up his letter and printed it on a cake.

I guess that's one way to sugarcoat bad news! Now here's Trisha with the traffic report.

Citations: This Guy Tendered His Resignation In The Sweetest Way Possible -- With A Cake (Huffington Post)