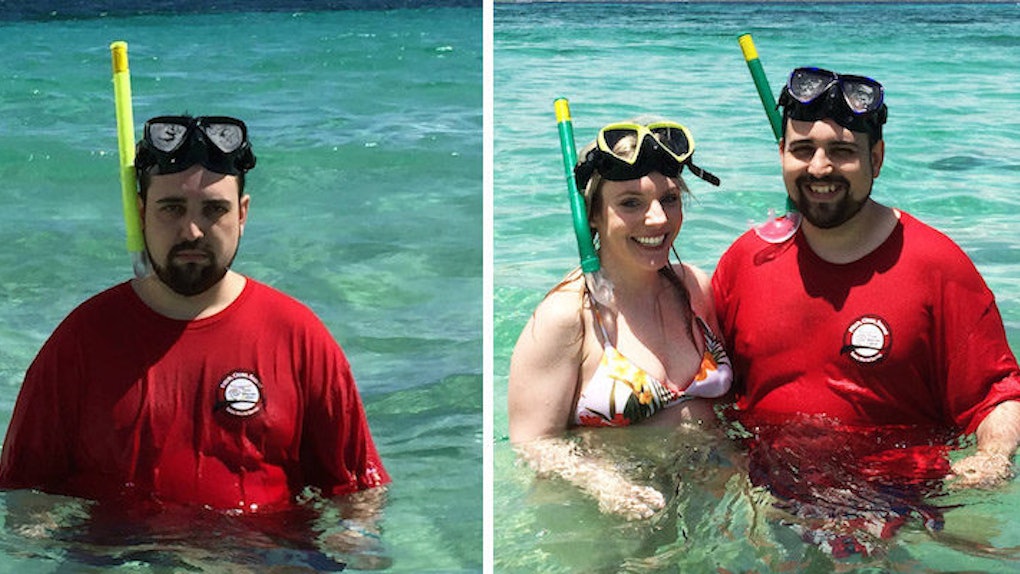 There's a lot of money to be made online if you know what you're doing -- whether that involves impersonating a prince from the African nation of Zamunda or telling guys their penises will never be big enough.

However, if you want to reap the benefits of the Internet and maintain a functioning moral compass, you have to think outside of the box a little bit.

A little over a month ago, one Redditor posted a series of depressing vacations pictures. Well, they were as depressing as pictures of an idyllic resort in Puerto Rico can be.

The explanation for the everlasting ennui was the fact that he was unable to bring his wife along. But after the people of the Internet fell in love and gave the resort a bunch of free publicity, the people in charge figured they'd do what they could to make his next trip more enjoyable.

The guy recently returned to the island and documented the experience for "Puerto Rico: Redux," an art exhibition that just opened in an album on Imgur.

It's important to keep cabin fever at bay.

You should always snorkel with a partner.

There's still no need to have two beds.

He might have been alone, but at least he nailed that Stoop Kid impression.

I'm definitely not in a position to judge someone for drinking alone.

With that being said, it's always more fun with other people.

Oh my God! Somebody stole that boat!

Playing video games on vacation is kind of sad, regardless of how many people there are.

He's smiling because unlike the other passengers, he had an entire vacation to prepare to deal with a baby on a plane.