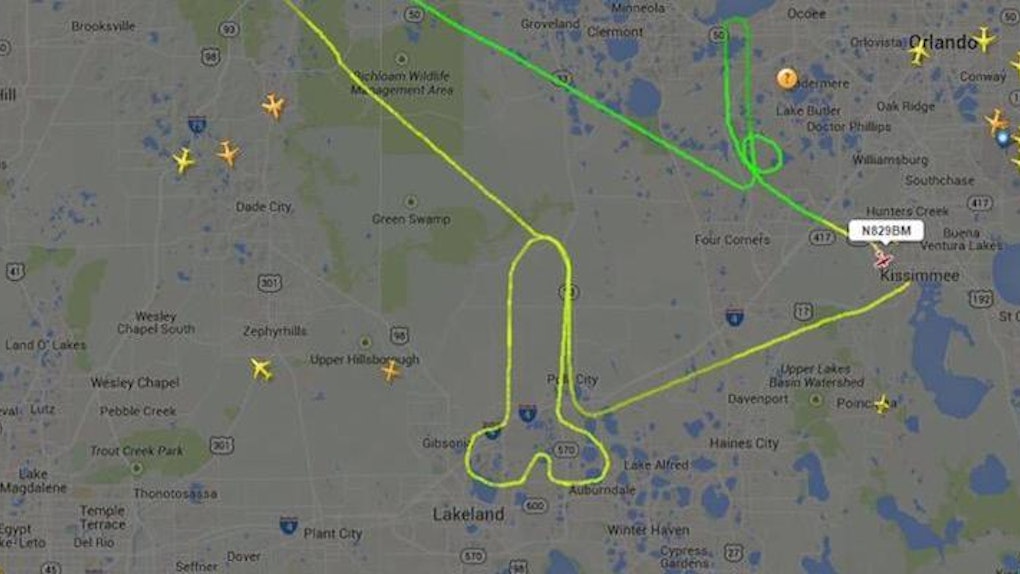 In 1903, the Wright Brothers launched a glider off a sand dune in North Carolina in the first of many great moments in the history of aviation.

More than a century later, an unnamed pilot in Florida took to the skies and did what I'm sure Wilbur and Orville would have done if they had managed to keep their plane in the air for more than 20 seconds: draw a dick in the sky.

You're probably focusing on the giant yellow phallus at the center of your screen, but it would appear he also took the time to draw a side view in green to the right.

I can't say for sure that this is the only reason this guy got his pilot's license, but I'm going to pretend it was his main motivation because it's funnier that way.