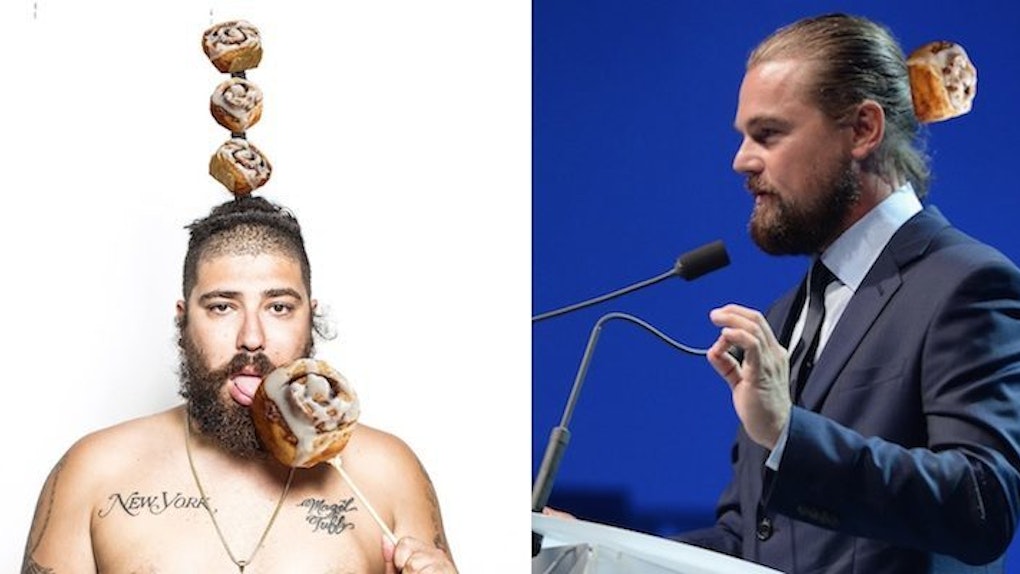 The man bun trend is one of those things that is way cooler in theory than in practice.

Like sure, Jared Leto (who has the face of Apollo) looks cool with one, but if I got a man bun, I'd just look like I was an off-duty tap dance instructor.

Stephen Stenholt and Matt Fuller, who obviously smoke a lot of weed, decided to improve the man bun by replacing it with a cinnamon bun.

It's a "Cinnaman Bun." Yeah, the only ideas more obviously thought up while stoned are food pillows and car seats that are way easier to f*ck in.

The Tumblr page is hilariously low-key. The two plop those cinnamon rolls onto guys with the Photoshop finesse usually reserved for 8-year-olds who replace people's faces with dog dookie.

But, the Cinnaman Bun fits so well. It's astounding.

Feast your eyes on this perfect union.

Not only is it fashionable, but it's so sticky, it could be used as an industrial-grade adhesive.

OK, give him an Oscar now.

Smoking and cinnamon rolls are bad for you, but they are both such amazing fashion accessories.

And to those of you who thought cinnamon rolls and sports weren't compatible, go f*ck yourself.

It's not the size of the Cinnaman Bun...

Thank you, Tumblr. You are doing God's work.

Citations: This Tumblr Replaces Man Buns With Cinnamon Buns and You Will Never Be Able to Look Away (Cosmopolitan)